EU should focus on coronavirus pandemic instead of criticizing Hungary: Hungarian justice minister 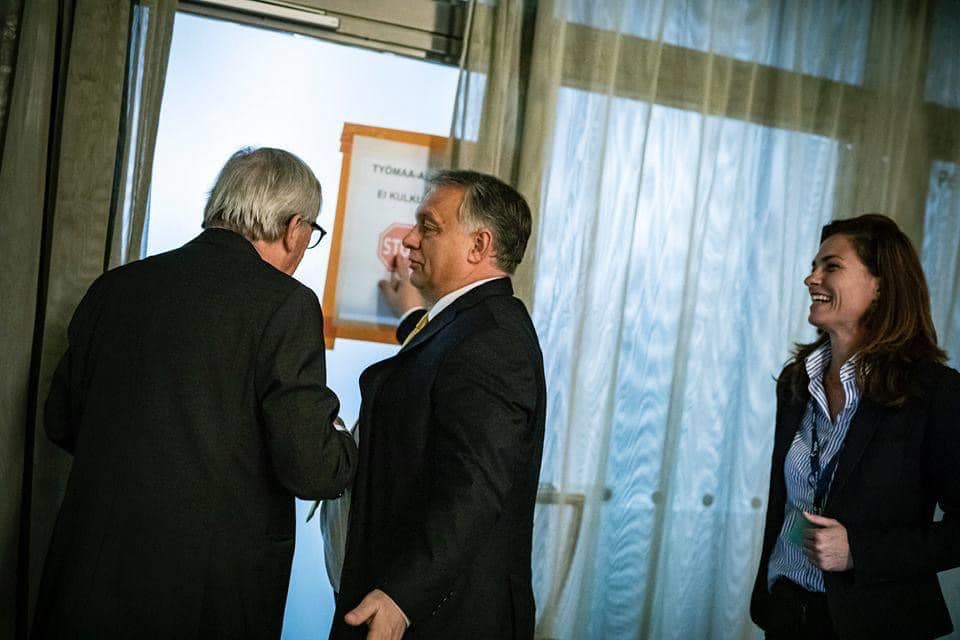 Hungarian Justice Minister Judit Varga responded on Facebook to an attack from former European Commission President Jean-Claude Juncker where she told him that the EU should concentrate on combating the coronavirus pandemic instead of blaming her country for imaginary breaches of European guidelines.

“For a start, it would be enough that those who feel compelled to attack Hungary once again in the middle of a pandemic instead of helping the defense against the virus, at least would take the trouble to read the three-page act,” Varga wrote in the post.

Speaking to Politico in Brussels, Jean-Claude Juncker launched an attack against the Hungarian Parliament’s decision last month giving the government the power to rule by decree until the coronavirus emergency is over.

“We have not been able to straighten out the East-West conflict, because the Hungarians act outside of any reasonable zone,” Juncker said. “I thought to myself that now that the new legislation has come into force in Hungary, governments and the [European] Commission will call a spade a spade.”

Varga said that Hungary fully agreed with Juncker’s statement in which he urged a simple, clear speech on the Hungarian Coronavirus Act. She added that instead picking nonsensical fights, the EU should concern itself with fighting the pandemic affecting Europe.

“Contrary to the statement of the former president of the European Commission, the EU should not have formulated a much stronger response to the decision of the Hungarian Parliament, but should have prepared a properly coordinated action against the virus and provided immediate assistance to Europeans in trouble, instead of criticizing the member states,” Varga wrote.

“As Prime Minister Viktor Orbán has said, if someone can no longer help in an emergency, at least do not hinder our efforts. We wish President Jean-Claude Juncker many more years of happy retirement in good health.”

Juncker has previously greeted Orbán as a “dictator” but later said it was a joke and that the Hungarian leader has “always been a hero“.

Other prominent members of the EU have used Hungary’s attempts to handle the coronavirus crisis as an opportunity to demand dramatic action against the country.

President of the European People’s Party (EPP), which Orbán’s Fidesz party belongs to in the European Parliament, called for the EPP to consider ejecting Fidesz from the political group. Others have demanded that Hungary be thrown entirely out of the EU, including Florence Senator and former Italian Prime Minister Matteo Renzi.

Hungarians support the government’s emergency powers. Europe Elects pointed to the fact that Orbán is the fifth most popular leader in Europe during the coronavirus crisis, with a 74 percent approval rating.

A poll conducted by Hungarian think-tank Nézőpont Intézet found that 90 percent of all Hungarians agreed that emergency rule must be maintained and also found that the government currently has a 74 percent approval rate from Hungarians.