“Europe has no idea where it will be in 10 years,” PM Orbán says 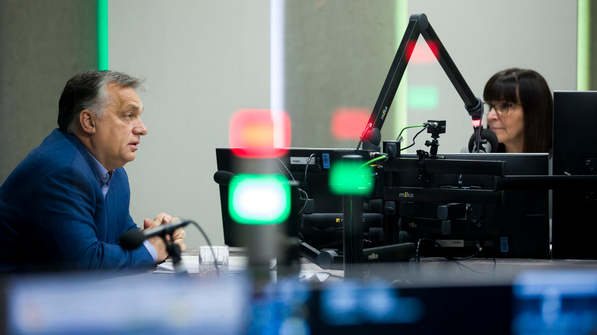 While we are currently experiencing a major change in the global economy as indicated by the fact that the majority of global investments no longer come from Western states, the coronavirus pandemic has reduced receptivity to strategic issues, Hungarian Prime Minister said in his regular weekly interview on the national Kossuth Rádió on Friday.

“Europe has no idea where it will be in 10 years,” Orbán said. He reminded listeners that in a 2012 study, Brussels leaders forecasted that Europe’s relative weight within the global economy would fall to 17-18 percent by 2050, but Europe has already fallen to that level today. “While we [alone] cannot solve this, the Central European region is performing well, and possibly within 10 years, Poland will be the new Germany of Europe.”

Asked about the letter of two EU commissioners who complained that Hungary’s exemption of fellow Visgrád states from the current border lockdown went against the principle of non-discrimination of EU citizens, Orbán said that “they can say what they want, but in a few days they will all follow our example.”

The majority of the interview was centered around coronavirus measures, as Hungary has recently experienced a higher spike in new infections than during the first wave in March-April. In regard to the lockdown that took effect on September 1, he said that while there is currently a debate among experts whether to concentrate the defense internally or on the borders, infection routes must be closed.

He also said that today (Friday) the government will hold another meeting on coronavirus measures, where it will “refine” defensive measures as needed, but he also pointed out that “life must go on.”

“The goal of the Hungarian government is [to provide] the highest possible freedom while maintaining all important restrictions,” he said. “We await the second wave fully armed.”