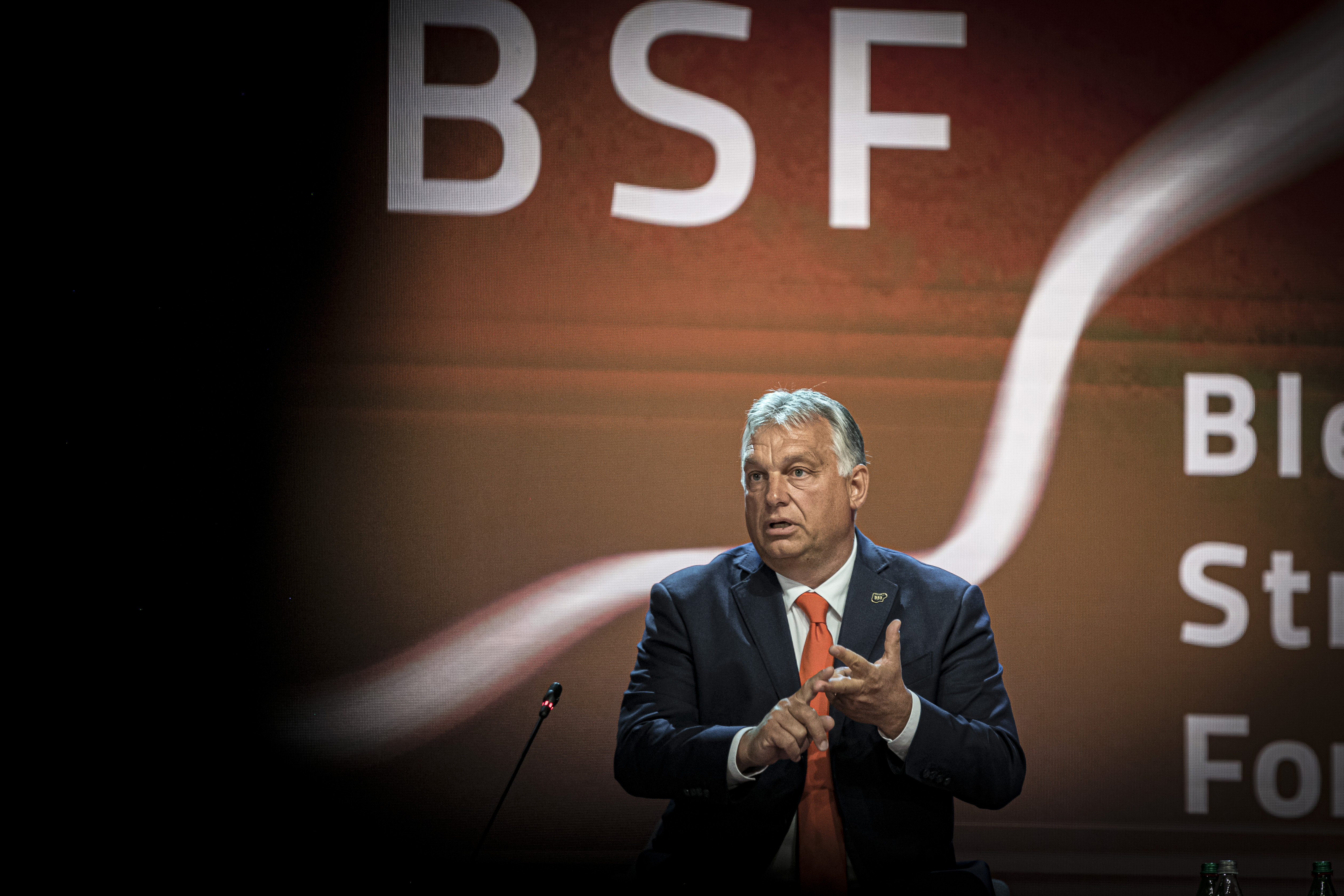 Europe is in trouble because it is unable to change the rules of global politics, Hungarian Prime Minister Viktor Orbán told regional leaders at the Bled Strategic Forum in Slovenia on Monday.

During a panel discussion, he was asked where Europe stands today.

Orbán responded by saying, “My answer is: in trouble.”

This year, the forum, established in 2006, was attended in-person by the prime ministers of Bulgaria, Croatia, the Czech Republic, Hungary, Poland, Serbia, Slovakia, and Slovenia as well as by Italian Prime Minister Giuseppe Conte and International Monetary Fund Director Kristalina Georgieva, also from Bulgaria, over a video link.

Orbán said that the region and Europe as a whole faces three major challenges: integrating Serbia into the European Union, immigration and competitiveness.

“Serbia must become a member state of the European Union as soon as possible because without Serbia, the construction of the European security system is incomplete,” Orbán said. “The second issue is the issue of security, but beyond Serbia. The third is competitiveness. The good news is that with the leadership of the Poles, the Central European economy promises a success story.”

On his Facebook page, Orbán posted a short video of the conference, with the statement that “the future of the EU is written in Central Europe.”

At the same conference, Polish Prime Minister Mateusz Morawiecki said that Central European countries must show unity and solidarity without losing sight of the fact that they are parts of the European Union. He pointed out that the very specific Central European stance “does not mean that we are against the others, but we have our problems and we must deal with those first.”

On behalf of the hosting nation, Slovenian Prime Minister Janez Janša and another speaker, Serbian President Aleksandar Vučić, both brought up the issue of double standards applying within the European Union.

Croatian Prime Minister Andrej Plenković said that one of the biggest present tasks is to find the proper balance between the national and European response to the second wave of the coronavirus pandemic.