Europe should follow the US in protecting its borders: Hungarian spokesman 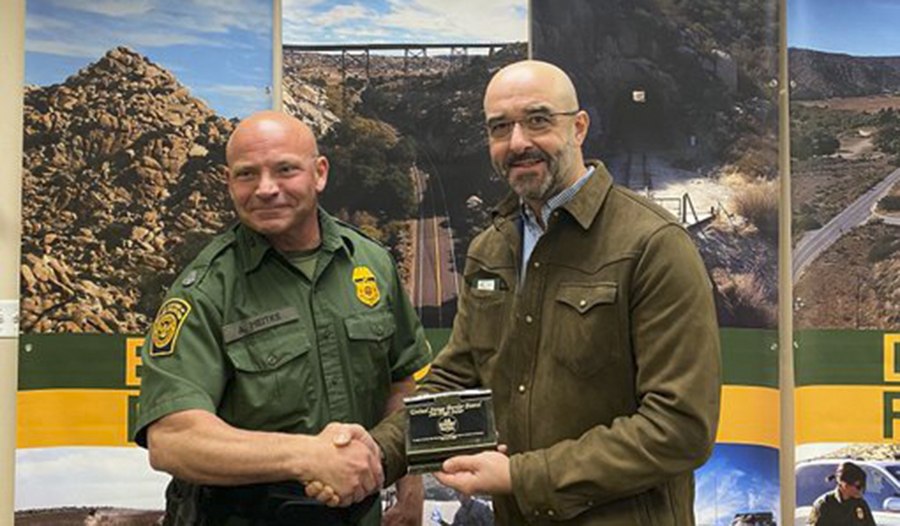 The European Union should follow the United States’ example in protecting its borders, Hungarian government spokesman Zoltán Kovács said while on tour in the U.S. and its border wall with Mexico.

“In the US, the necessity of a physical barrier on the Mexican border would never even be called into question. Here in the U.S, it’s a no-brainer: borders must be protected. We need the same spirit in Europe, too,” Kovács tweeted during his U.S. tour, accompanied by an image of him shaking hands with a border guard officer (pictured above) and an image of the wall with Mexico.

When Hungary erected a fence along its southern border with Serbia in 2015 to stave off the rising tide of illegal immigration, it was subjected to harsh criticism from the mainstream liberal media and politicians of the European Union.

When someone takes it serious pic.twitter.com/aJOK28P2Xl

That criticism has since abated and some EU leaders grudgingly admitted that the country was right in doing so, but the EU has yet to honor Prime Minister Viktor Orbán’s written request that the EU reimburse half of the additional costs of the Hungarian border fence to the budget in protecting what is also the EU’s external border.

U.S. President Donald Trump has recently won a number of court victories in his effort to expand the U.S. border wall, including a U.S. Appeals Court ruling that said he could use military funds to build the border wall during a legal challenge. The Department of Homeland Security recently celebrated 100 miles (ca. 161 kilometers) of wall completed at the border, with Chad Wolf, the acting secretary of DHS, saying, “Walls work.”

Hungary has stepped up its own border defenses in recent months, warning that a wave of 100,000 migrants is building in the Balkans. Recently, 71 migrants attempted to break through the Hungarian border fence, with the fence serving as a major reason why they failed in their attempt, with police quickly apprehending the four who did make it across.

Kovács is on a tour meant to reinforce improving Hungarian-U.S. relations, during which he also held a lecture on Hungary at the Pepperdine University School of Public Policy in Malibu, California. He has also met Jessica Miller Patterson, chairwoman of the California Republican Party and with the president of the Orthodox Jewish Bais Naftoli community, Andrew Friedman.