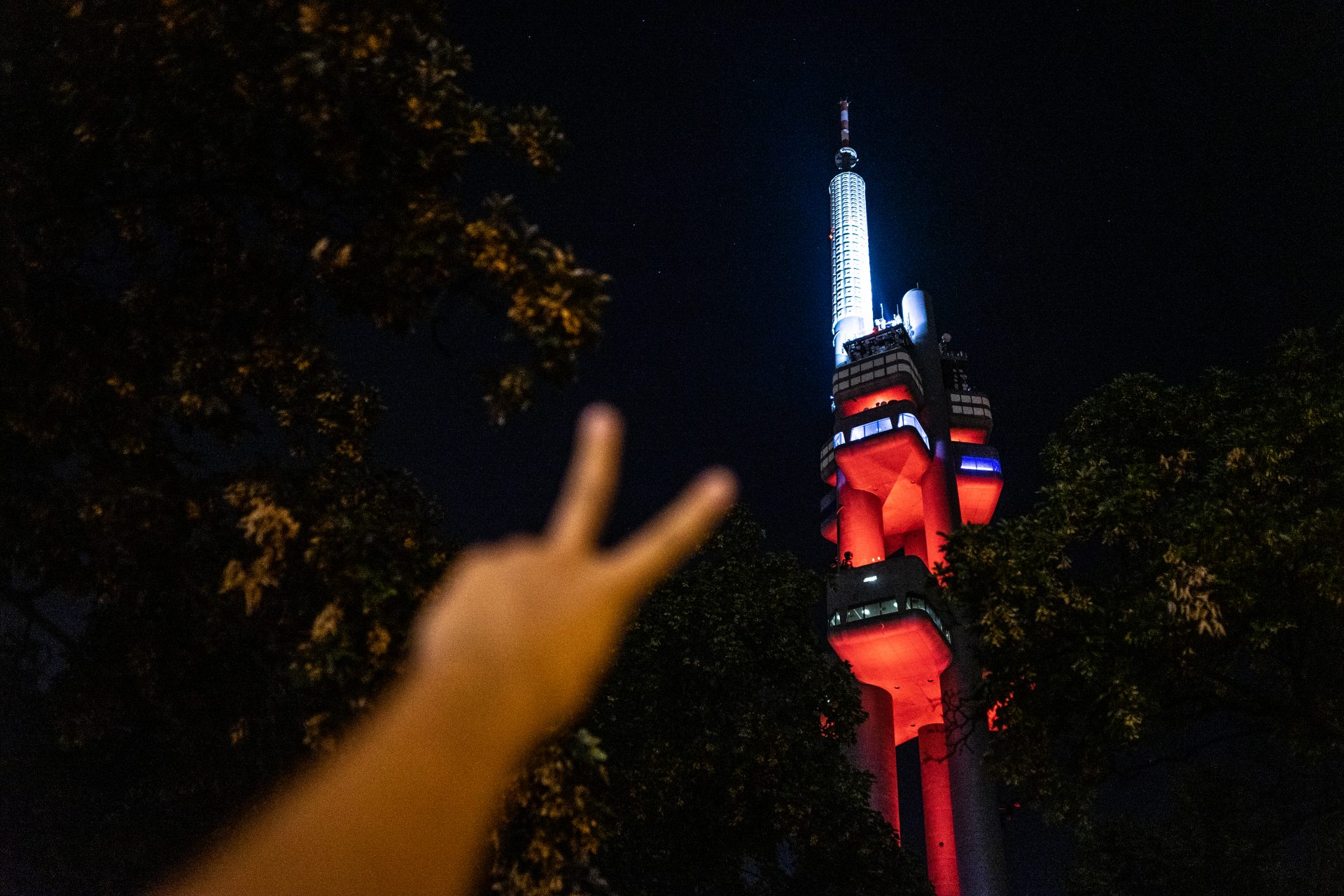 Some European landmarks and monuments, mainly those in the former Eastern bloc cities but also Lisbon, will shine in the Czech and Slovak national colors on Nov. 17, which is the 30th anniversary of the Velvet Revolution toppling the communist regime in Czechoslovakia.

The Prague students’ initiative Díky, že můžem, meaning “Thanks, that we can” is behind the initiative and will also help organizes the Velvet Revolution celebrations in Prague.

The group wants important buildings in European cities to shine in Czech and Slovak national colors during the celebrations. Among others, the blue-red-white tricolor will shine at the Lisbon Padrao dos Descobrimentos monument, a television transmitter in the Hungarian city of Pécs, the Riga City Hall, and the Vabaduse Bridge in Tartu, Estonia.

“With this simple gesture, we want to celebrate all the anniversaries of the fall of communism in the former Eastern Bloc countries,” said Daniel Peřina of the Díky, že můžem association.

“We are not looking for a common date or symbol, we just want to remember the fates of our countries together,” he added.

The tradition of shining the national colors to celebrate the fall of communism started in Prague and Brno. The cities’ monuments shone on June 4 to mark the first free elections in Poland.

Other European cities gradually joined in on the following anniversaries. To mark the anniversary of the so-called Baltic chain, certain Europeans monuments shone in the colors of Lithuania, Latvia, and Estonia on Aug. 23. Hungary then celebrated its anniversary on Oct. 23, followed by Germany and Bulgaria on Nov. 9 and Nov. 10, respectively.