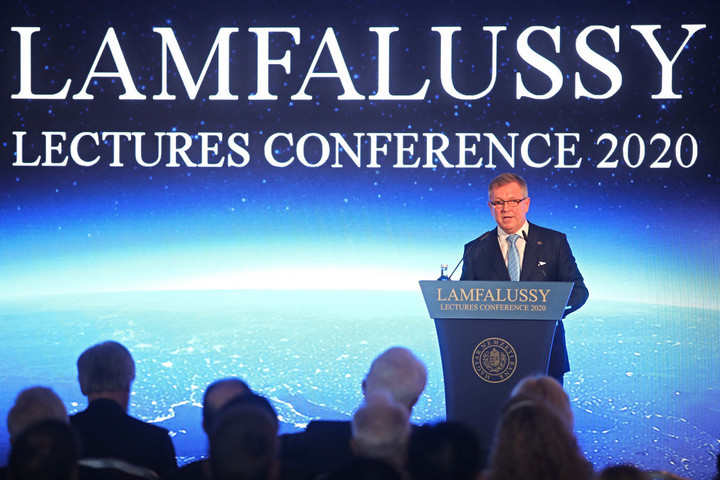 Hungary will eventually become a member of the eurozone, but the economic area must be reformed so it can face the challenges ahead, Central Bank governor György Matolcsy said at the Lamfalussy Lectures 2020 conference in Budapest.

Matolcsy called on all eurozone members to start a dialogue in order to reform the monetary group so it can face its three biggest challenges: geopolitics, competitiveness and global finances.

He said all three challenges are closely linked with climate change and a new dialogue is also necessary because convergence criteria has changed. All Europeans have a vested interest in making the continent stronger by improving its competitiveness and cohesion.

The first ten years of the eurozone were successful but after the 2008 global financial and economic crisis, it had to face a series of crises and unresolved issues.

In order to update convergence criteria, there is also a need for dialogue between the institutions of the European Union the International Monetary Fund (IMF).

Matolcsy noted that since 2013, Hungary has been on a straight path of sustainable growth, saying that the average annual GDP increase since then has been 3.8 percent, which is two percentage points above the European Union average.

This economic growth also brought Hungarian GDP per capita to 73 percent of the EU average and current predictions show that the country’s net public debt will fall to 60 percent of GDP by 2022.

Another speaker at the conference, Robert Holzmann, governor of the Austrian Central Bank, said that the European region must increase in stability and the bank union must be made tighter. In addition, the free flow of capital retail markets also needs closer integration.

The Lamfalussy Lectures Conference is named after Baron Alexandre Lamfalussy (born Sándor Lámfalussy, 1929-2015), who was a Belgian economist of Hungarian extraction and considered the “father of the euro”. From 1994 to 1997, he was founding president of the European Monetary Institute in Frankfurt, which was the forerunner to the European Central Bank.