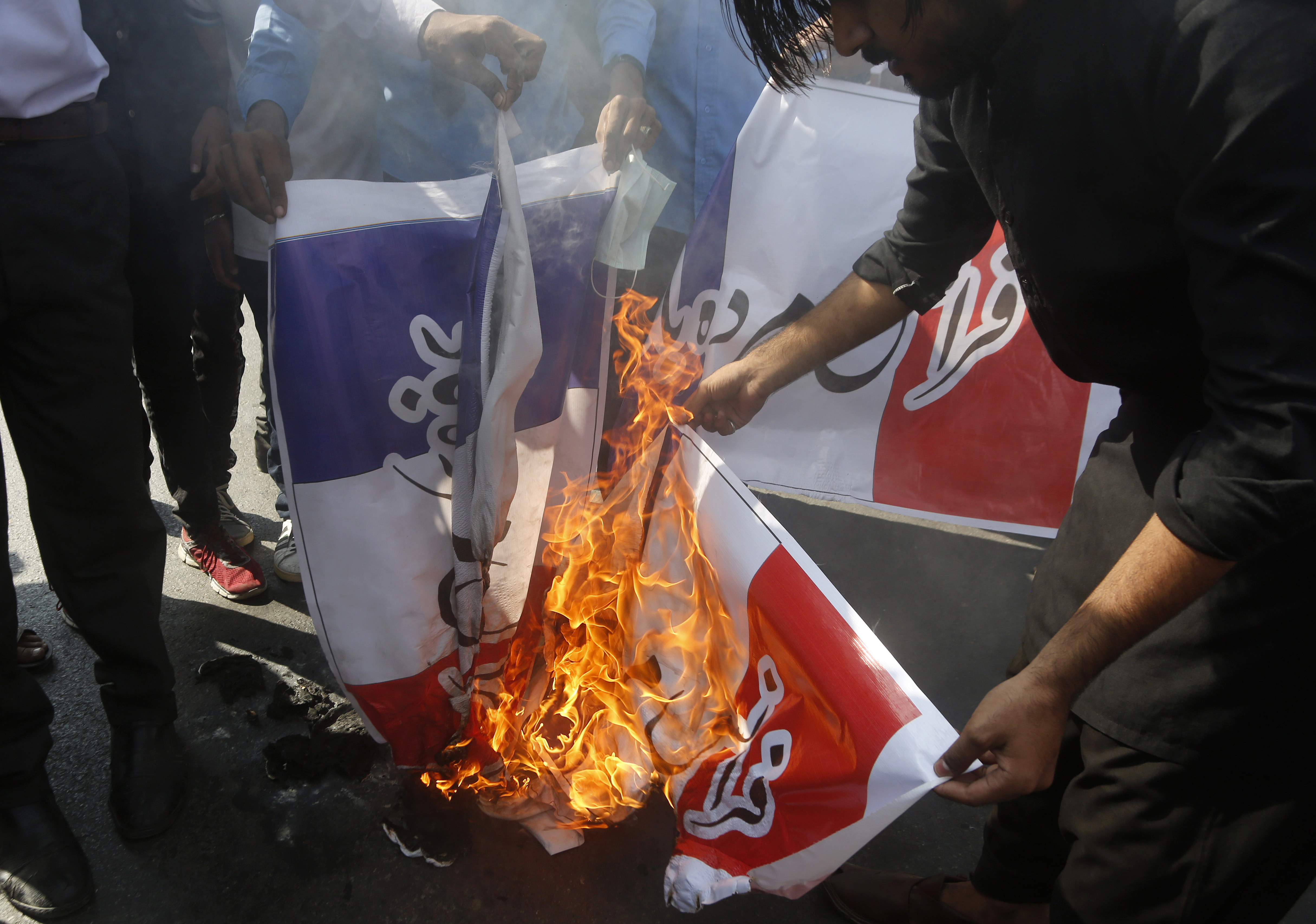 France is a Muslim country on account of the 4 to 8 million Muslims living there, the French ambassador to Stockholm, Etienne de Gonneville, said in an interview on Swedish television channel SVT.

“Well, first of all, France is a Muslim country, Islam is the second religion in France, we have anywhere between 4 and 8 million of French citizens who have a Muslim heritage,” de Gonneville said when asked whether there is a risk that current tensions could turn into a conflict between France and the Muslim world. The interview was conducted in English.

The French ambassador made the remarks that “France is a “Muslim country,” after a series of recent high-profile Islamic terrorist attacks, including one involving an 18-year-old Chechen male beheading history teacher Samuel Paty out of revenge for Paty’s decision to show a cartoon of the Prophet Muhammad during a class lesson on freedom of expression.

In the subsequent part of the interview, de Goneville seemes to grow lost in his own arguments. He went on to say that “the first people I want to listen to are the Muslims of France”, but when asked what the Muslims are actually saying, he was unable to give a coherent answer, saying instead that Islam is a “diverse” religion.

In his argument, he later pointed out that it is “Al Qaida propaganda” that forces Muslims to commit terrorist acts. When reminded that even moderate Muslims feel offended, de Gonneville said

“This is a complex and morally ambiguous question,” adding that “the media should know how to tackle the problem of Islamic terrorism and not fall into the trap of supposedly offending Islam.

“Islam is a diverse religion and Islamists are only a tiny minority,” he said on Swedish television.

De Gonneville’s claims are contradicted by a number of polls. For example, 74 percent of Muslim youth in France believe that religious ideals come before the values of the French Republic. In the same survey, 25 percent said they would willingly hurl insults at a memorial service for the victims of the 2015 terrorist attack on the satirical office of Charlie Hebdo magazine, which resulted in 11 deaths.

Other disturbing polls in the past have shown disturbing and widespread beliefs in France’s Muslim community. In fact, 36 percent of Muslims surveyed in France by Pew Research said that suicide bombings could be justified in some instances in 2006, the last time the question was asked.

A French parliamentary report released this year also documented the widespread nature of radical Islam throughout the country. The report found that all of France, with the exception of the Western part of the country, is affected by extremist who adhere to the religious ideology.

“We must react now or never,” Republican Senator Jacqueline Eustache-Brinio said in response to the report. If the French state does nothing, she estimated that in a few years that districts and entire territories will break away from the French Republic and radical Islamism will take control of them.

The Muslim world has responded with aggression to French President Emmanuel Macron’s measures to end radical Islam in the country following the beheading attack, including enacting boycotts on French goods.

France has the largest Muslim population in Europe, and it is growing rapidly. Over 400,000 migrants are settling in the country each year and approximately one out of five newborns are now being given a Muslim-Arab name. Recent polling has shown that the vast majority of French people reject more immigration and believe that immigrants make the country less safe, both in terms of crime and terrorism.