According to French Republicans, the law is too soft 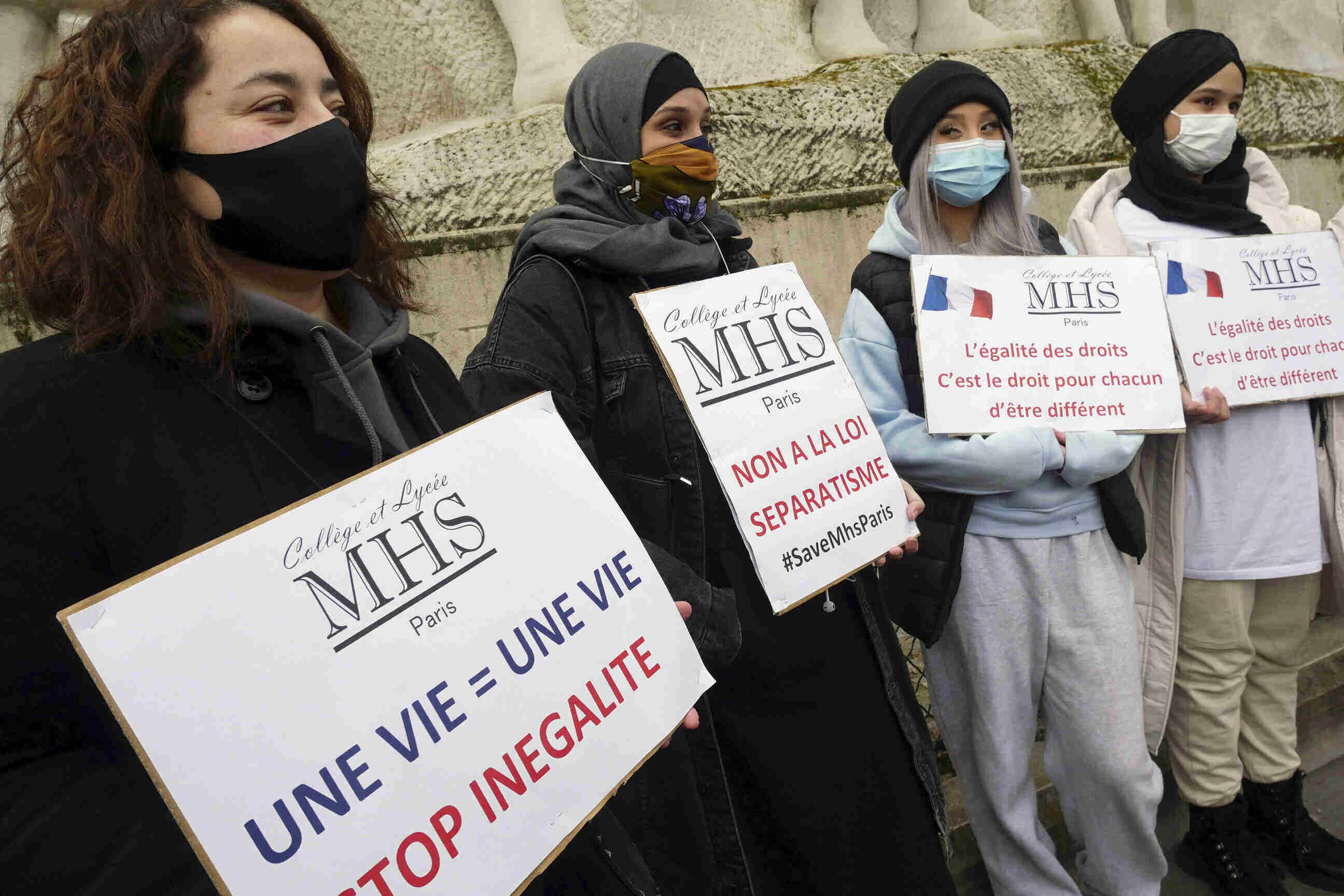 On Tuesday, a two-week-long debate began in the French Senate regarding the law promoted by French President Emmanuel Macron to fight radical Islam, and according to right-wing lawmakers, Macron’s plan is insufficient.

Some call the legislation Macron’s stepping stone to the next presidential election. The French president came up with his proposal shortly after the brutal beheading murder of high school teacher Samuel Patty by a Chechen-born youth, with Macron claiming that similar acts committed by radical Islamists should not happen under the new law.

“The murder encouraged the law, but, otherwise, it is a project that was prepared for a long time as part of Macron’s presidential reforms,” says Zdeněk Müller, an Arabist living in France.

However, the opposition disagrees with the president’s plans. In the National Assembly, most Republicans rejected the bill, considering it too soft.

The law on separatism is extensive. It consists of a total of 55 articles and covers various areas of life. It gives the state more control over mosques, but also religious organizations, and strives for greater transparency of churches and their funding.

The state primarily wants to gain control over the money that comes from abroad, but the issue is also public money, which, according to a 1901 law, can support various civic associations.

“Muslim communities sometimes confused this and pretended to be civic associations, but in reality, they served religion. It was pointed out that the money then went to religious and not to civic activities,” explains the Arabist.

The law is also an instrument for combating polygamy, forced marriages and prohibits the use of so-called virginity certificates. However, it also deals with punishing the spread of hatred on the Internet. Macron claims that it will strengthen the principles of secularism in public life.

A heated debate on the law has already been taking place in the National Assembly, which adopted it on Feb. 16. The controversial law, which had its loud opponents on the left and right, caused a stir even because of its name. While in October, Macron spoke of separatism, the National Assembly passed a law on “respect for the principles of the republic.” In one of many amendments, a group of right-wing and centrist senators advocates restoring the word separatism in the title of the bill. For them, using this term is meant to express a certain tendency of some, especially Muslim communities, to exclude themselves from civil society and create their own parallel world.

In the end, more than600 amendments were submitted. One of the most discussed parts of the law is Article 21 on home education. The law stipulates that French children between the ages of 3 and 16 are required to physically attend educational establishments. Exceptions will be available to children with an individual plan for health reasons or sports or artistic training. This point of the law is aimed in particular at fundamentalist families who educate their children, especially girls, outside French schools.

In the Senate, however, Article 21 did not pass as the right, which has a majority in the upper house, removed it from the law.

“Of course, religious radicals can also use home education, but we must not punish people for whom it is one of the alternatives to education,” Republican Jacqueline Eustache-Brini, one of the lawmakers, explained.

François Patriat, president of the La République En Marche! (LREM) party’s group in the Senate, admitted that this point would be difficult to find an agreement with the right-wing opposition. However, lawmakers of the Macron’s movement believe that the National Assembly will return the deleted article to the law and reverse the senators’ decision.

An issue likely to reappear in the Senate, that has not been discussed in the National Assembly, is the ban on wearing Muslim headscarves. Patriat rejects the debate because the law does not address this issue. But part of the right is calling for a ban on children wearing religious symbols in public. If approved, children could not wear a cross on their necks or a kippah on their heads.

Of course, various Muslim associations are also working to influence the final form of the law. But as Müller points out, they are often not united. Although they profess the same religion, they often differ in opinions based on their roots in North Africa or Turkey.

Title image: Activists hold placards reading “No to the separatism law” in the center, and “Equality of rights is the right of everyone to be different” on the right, during a gathering in Paris, Sunday, Feb. 14, 2021. Activists rallied Sunday in Paris to demand that the French government abandon a bill aimed at rooting out Islamist extremism that the protesters say could trample on religious freedom and make all Muslims into potential suspects. (AP Photo/Thibault Camus)