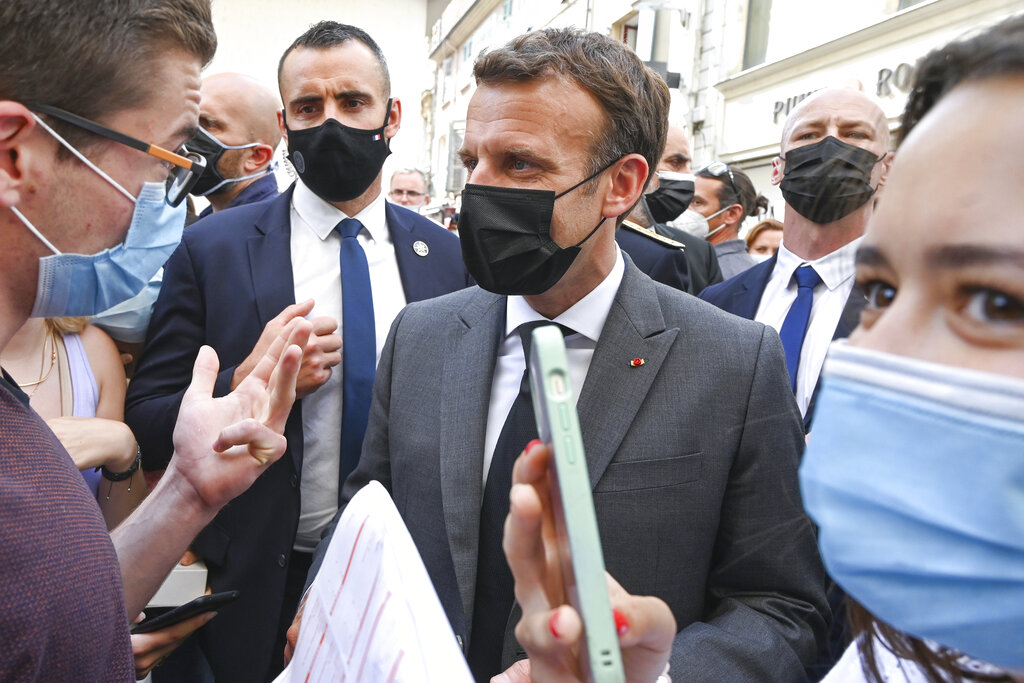 French president Emmanuel Macron, visiting Valence in southeastern France, walked over to the cordon to greet those present when a man who looked friendly at first slapped him down. Immediately after the attack, the security guards jumped on the attacker, arresting two men for the incident. According to reports, the man shouted, “Down with Macronism.”

Macron’s security detail quickly intervene, as they pulled the man to the ground and took the president away from him. French BFM TV and RMC Radio reported that two people were arrested after the attack.

“It is inadmissible to physically attack the President of the Republic. I am the number one opponent of Emmanuel Macron, but he is the president: we can fight him politically, but we cannot afford the slightest violence towards him,” wrote Le Pen.

Macron suffered no injury from the slap, and remained in the area afterwards.

Title image: French President Emmanuel Macron talks with a man Tuesday, June 8, 2021, in Valence, southeastern France. French President Emmanuel Macron was slapped Tuesday in the face by a man during a visit to a small town in southeastern France, an incident that prompted a wide show of support for French politicians from all sides.  (Philippe Desmazes, Pool via AP)