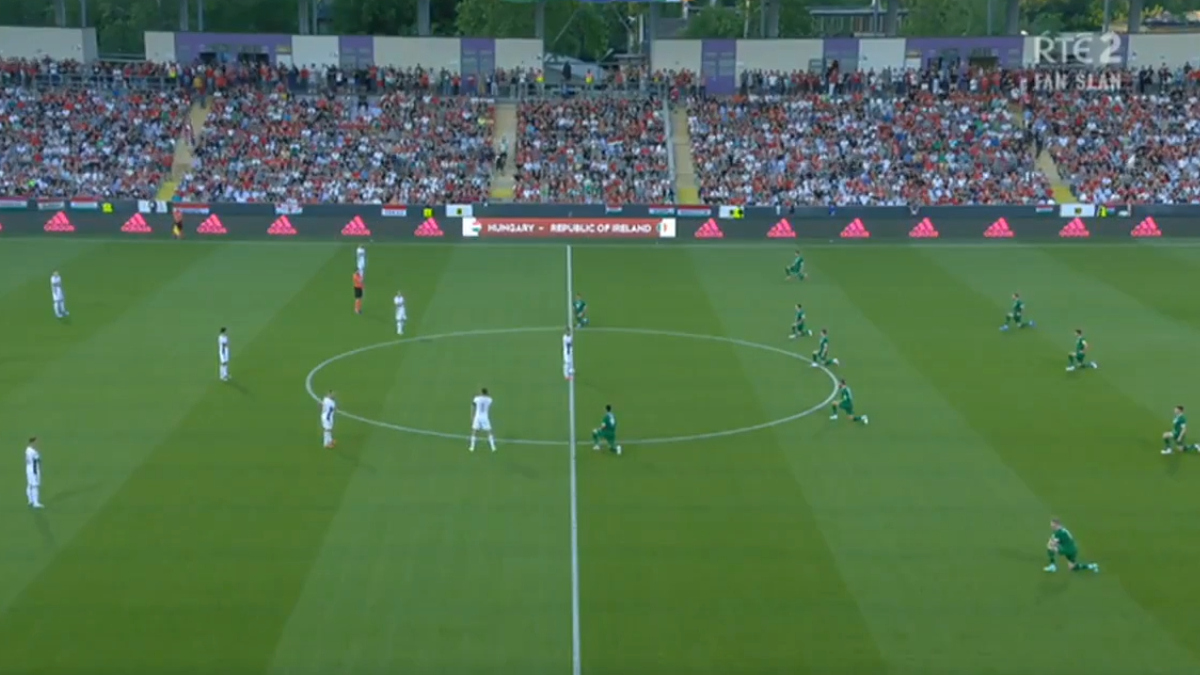 As was expected, the Hungarian national team did not kneel before the last friendly match with Ireland, just four days before the kick-off of the European Championship co-hosted by Hungary, news and opinion portal Mandiner writes.

The protest form, which began in the sporting world with ex-NFL quarterback Colin Kaepernick, also broke into Euroepan football last year, along with the growing Black Lives Matter movement after the death of George Floyd. At the European Championship, members of the English national team will kneel before the matches, although there were spectators in the British stadiums before the home-run preparation matches who did not like it.

A video posted on Youtube clearly shows the reaction of the Hungarian fans. They booed the Irish with unsolicited remarks, while encouraging their own team with the traditional “It was nice, boys” chant. The match ended with a zero-zero draw.

Twenty-four national teams will compete in this year’s European Championship — still named Euro 2020 after its postponement from last year due to the Covid pandemic — which will be co-hosted by a number of countries, including Hungary. The Hungarian team will meet Portugal in Budapest on June 15, France on June 19 also in Budapest, followed by an away match against Germany in Munich.

Title image: The Irish national team kneeling before the start of their friendly match with Hungary in Budapest on June 8. (source: Youtube)