A Polish documentary filmmaker Mariusz Pilis spoke with Remix about his new project exploring the Trianon Treaty, which saw Hungary lose 71% of its territory at the end of WWI, a national tragedy that continues to affect Central Europe 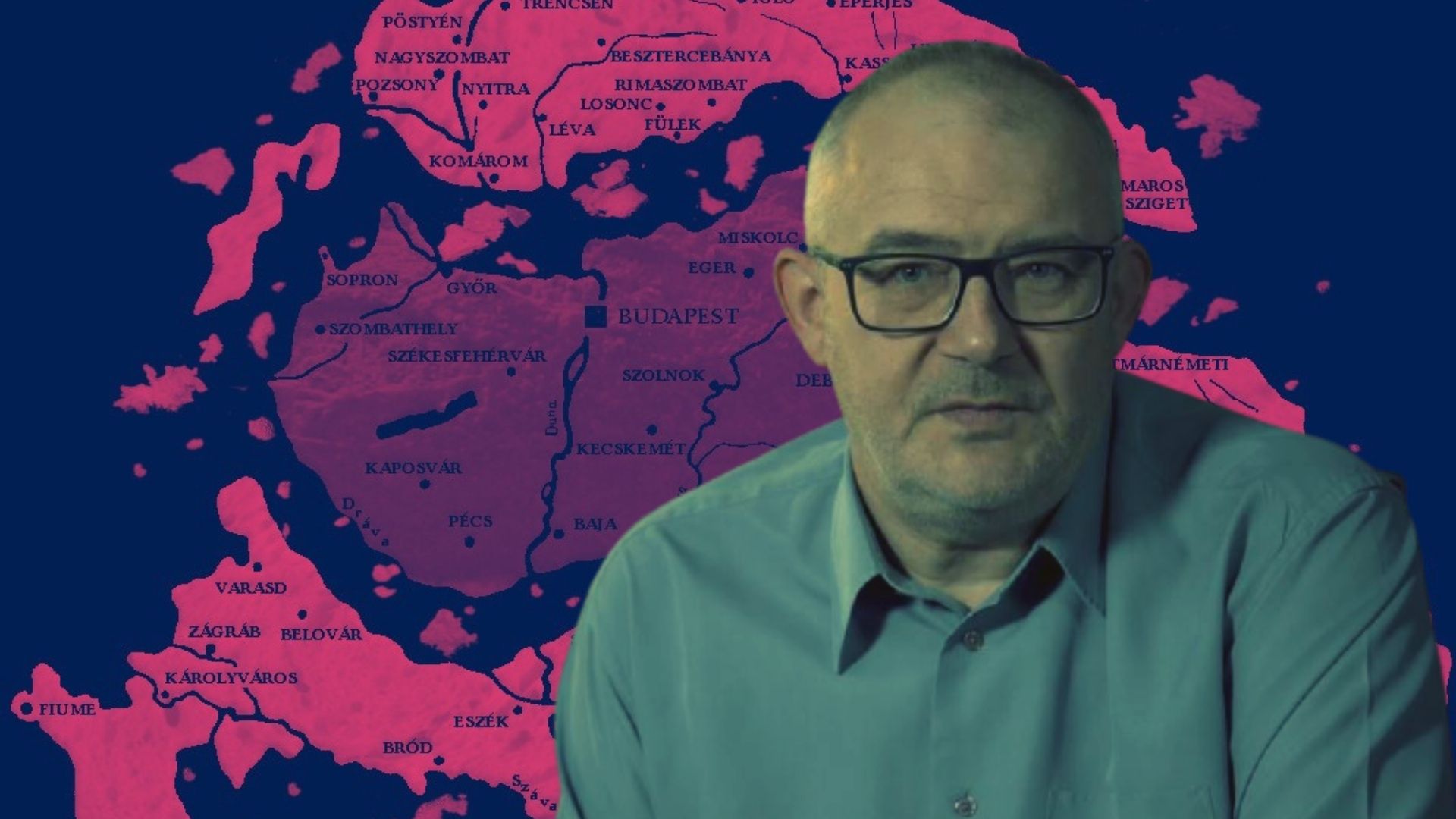 On Monday, Polish public television TVP premiered Mariusz Pilis’s documentary entitled “Hungary. The hidden flame”, which explores how the aftermath of the First World War and the partition of Hungary still has profound effects on Central Europe and the Hungarian diaspora till this day.

Pilis spoke to Remix News about his documentary and the state of ethnic Hungarian minority populations who often suffer discrimination and how it remains a major point of contention between Central European allies who often otherwise see eye-to-eye on a range of important issues.

“A few days ago, the 101st anniversary of the Trianon Treaty had passed, which led to the Kingdom of Hungary to lose two-thirds of its population and territory [following World War I]. For Hungarians, this treaty was the greatest national tragedy to have ever happened to them. For neighboring countries, it was a moment of joy and an opportunity for independence. This perspective still influences regional relations today,” author and director Mariusz Pilis, who has given an exclusive interview for Remix News, wrote on Facebook while announcing his film’s premiere.

You travelled over 4,000 kilometers, mainly across territories which Hungary lost and which today lie in Slovakia, Serbia, Romania and Ukraine. What picture can be discerned from this mosaic?

Mariusz Pilis: In general, this is a mostly pessimistic picture which clearly points to many things which are the aftermath of Trianon which not have been resolved until today. This concerns Hungarian relations with countries in which the Hungarian minority lives. It concerns state-citizen relations but also state-minority relations. As a community, the EU does not really fully understand what is going on there, and it seems that the understanding of this situation should be invaluable knowledge for Poland — a country which has ambitions to be a regional leader in this part of Europe. Meanwhile, this knowledge is still being put somewhere to the side. In actually, we don’t appreciate knowledge about the whole of Central Europe because this concerns not only Hungary, but also Slovakia, Serbia, Romania, Ukraine, and partially Austria.

The situation of Hungarian minorities in countries which you listed is very diverse. In your film, we can clearly see a difference between, for example, Serbia where Hungarians enjoy the largest privileges and Romania, where confrontation almost gets physical. What does this stem from?

Much here is explained by the political map and the map of certain political dependencies. Serbia aspires to join the EU and Hungarians are using this very meticulously by becoming a kind of advocate for Serbia. We can say that in Vojvodina a normalization of relations has occurred, and these nations have stopped fearing each other.

In Romania, on the other hand, we are dealing with an entirely opposite situation. Romania is a large and populous country, governed a bit differently than we imagine the European standard to be — it is a country governed in a very centralist way. Over there, any otherness and minorities don’t really fit the definition of the Romanian state, hence the significant tensions. These are things which strike at the historical image, religion and education. I know that on the level of government there are efforts for the situation to change, but history still has its burdens.

Causes should also be searched for (and Hungarians themselves underline this) in the poor nationality policy conducted by the Kingdom of Hungary in the last 50 years leading to Trianon.

Is the situation of Hungarians in Slovakia and Ukraine equally difficult?

In Ukraine, the tensions surrounding the Hungarian minority partially stem from the Ukrainian-Russian conflict. Let us remember that the Russian minority in Ukraine is a few million people and due to that, all other minorities — Hungarians, Poles, and Jews are being struck by the ricochet. Nevertheless, the Hungarian state has very decisively protested against such treatment of minorities, which is why the issue has become so outspoken.

When it comes to Slovakia, then I was very surprised by how bad the situation is here. While there is much effort on the government level to ease the situation, there are serious issues and tensions on the interpersonal level and this poses a huge challenge.

In 2011, Hungary’s constitution was changed, and it was written into it that all Hungarians have a right to Hungarian citizenship no matter where they live. How do representatives of Hungarian authorities explain the goals of this policy?

Hungarians simply decided to take care of their citizens, Hungarians, for whom no one had cared for dozens of years, if not more, because I’d like to remind that 1920 to 1922 was the period in which this minority was very mistreated across the entire territory of the former Kingdom of Hungary. Bestial actions were carried out by the Romanian, Yugoslavian and Slovakian sides.

When one speaks with Hungarians about their history, the subject of Trianon, it is visible how deeply this problem lies within them. I experienced this directly and this is why I wanted to show it in my film, that there is a problem in Central Europe which is associated with a lack of serious international discussion concerning what happened to Hungary and how to normalize this situation as part of modern-day reality. Hungarians truly desire this; Hungarians are waiting for this, and they are attempting to hold a discussion, but they are not being listened to. A feeling of disappointment is surely growing within them, that their problems are not rightfully being discussed. They believe that an open conversation about Trianon would allow to solve a series of problems which the treaty had left behind.

One of the central areas in Polish foreign policy right now is being occupied by tight cooperation as part of the V4 and Three Seas formats. Do the tensions which your film describes not pose a serious threat to these projects?

Of course they do, and my sources, including academics from Hungarian universities, underlined this. Unfortunately, this is a situation which can be very easily played with, and I think I have managed to show this from the point of view of the simplest incidents. We must be aware, that the moment that Polish initiatives will begin to actually influence what happens in this region of the world, there will be an attempt to play these tensions out. I have no doubts about this.

Title image: The author of the film “Hungary. The hidden flame” Mariusz Pilis at the front of the hard granite Monument of National Solidarity in Budapest, where an eternal flame is hidden.