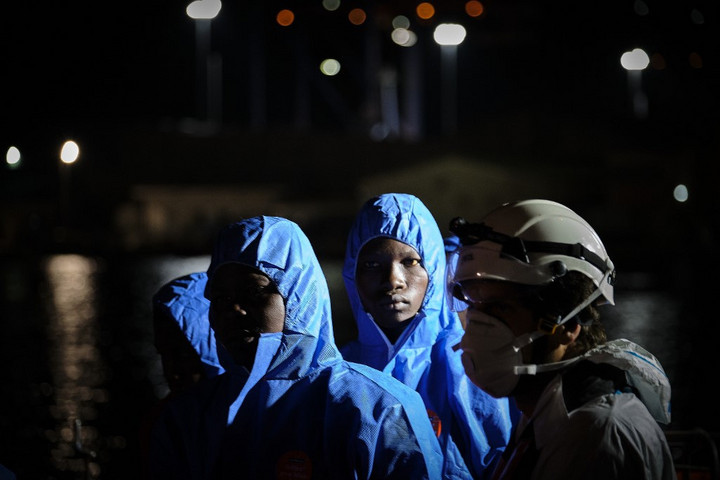 In the first three months of the year, illegal migrant crossings into the European Union rose by 26 percent compared with the same period of 2019, reaching a total of 24,500, the European Border and Coast Guard Agency Frontex said in its March migration update.

Of the four migration routes, the Eastern Mediterranean accounts for almost half the illegal entries in the first three months and half of them occurred in March alone, Frontex said.

In the first three months of the year, 10,327 people came into the EU via this route, despite being the most heavily policed outer border region of the EU. Frontex currently deploys 620 officers along the Greek land and maritime borders. These include officers providing additional support to Greece in the form of rapid border intervention operations launched in mid-March at the land and sea borders.

The influx of migrants followed Turkish President Recep Tayyip Erdoğan’s decision to open Turkey’s border to allow thousands of migrants to cross into Europe, leading to clashes with Greece riot police and sparking an international crisis.

A report from the German Federal Intelligence Service (BND) stated that the Turkish government purposely incited riots at the Greek border with planted members of its security services among crowds of migrants.

According to Frontex, in the first three months of 2020, illegal border crossings rose by five percent year-on-year.

Afghans were the top nationality detected on this route, accounting for more than one out of every three irregular migrants, followed by Syrian and Turkish nationals.

In this region, the total number of irregular migrants for the first quarter reached 3,600, a four-fold increase compared to the first three months of 2019.

The top three nationalities detected on this route were nationals of Bangladesh, Sudan and Somalia.

In the first three months of 2020, the number of illegal border crossings doubled from the same period from last year to more than 5,700. Syrian and Afghan nationals accounted for most of the migrants detected on this route.