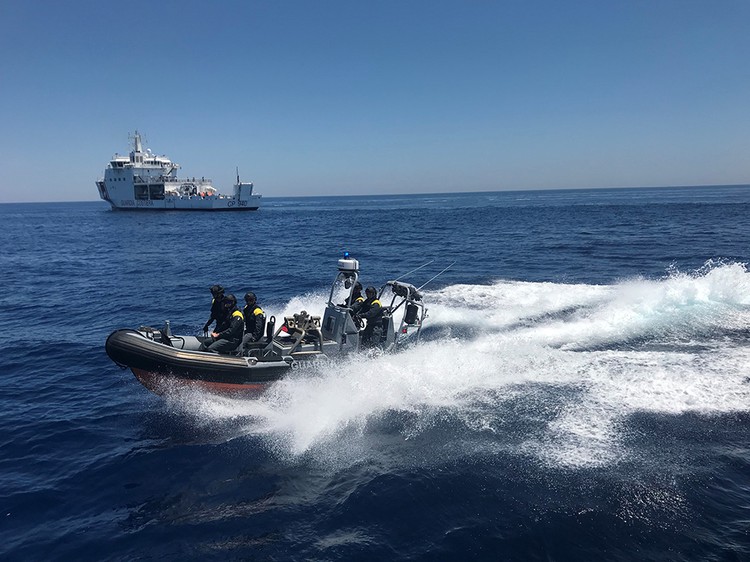 Although travel bans across most of Europe in March and April brought migration into the European Union to almost a standstill during those two months, the month of May saw a rebound which brought the five-month figure for this year to 31,600, only eight percent below the number registered in the first five months of 2019, European Border and Coast Guard Agency Frontex said in its May migration update.

Migration numbers along the eastern Mediterranean route — meaning Turkey and Greece — saw the fastest increases in May, registering an eight-fold rise over April to 1,250 illegal border crossings, the agency said. In the first five months of the year, the cumulative number was 12,700, down 28 percent year-on-year. Along that route, the largest number of migrants declared themselves to be Afghan nationals.

Illegal migrant crossings across the central Mediterranean rose by 40 percent year-on-year in May to around 1,000, while the cumulative five-month figure was 5,500, almost three times higher than in the same period of 2019. The majority of illegal migrants along this route claimed to be of Bangladeshi, Sudanese and Ivory Coast nationals.

The numbers of migrants coming into the EU across the western Mediterranean route almost quadrupled in May from April to more than 650. In the first five months, the total was just above 3,700, or less than half compared with the same period of 2019. Almost half of the illegal migrants registered along this route in 2020 so far were Algerians.

While the absolute number of migrants at 900 was not particularly high, illegal immigration along the Western Balkans in May rose tenfold compared with April, bringing the  five-month total figure to 6,900, half again as much as in January-May 2019.

The numbers confirm that Hungary’s sustained efforts to halt migration by any means necessary are justified. Government spokesman Zoltán Kovács recently said in an interview. He added that instead of supporting the efforts of Hungary, the EU is intent on undermining them.

“The [European] Commission is working systematically on weakening European border defense and take away the means from effectively acting against illegal migration from the member states, chief among them being Hungary,” Kovács said, adding that in the 2021-2027 budget the European Commission plans to triple the funding of NGOs, among which many are pro-migration.