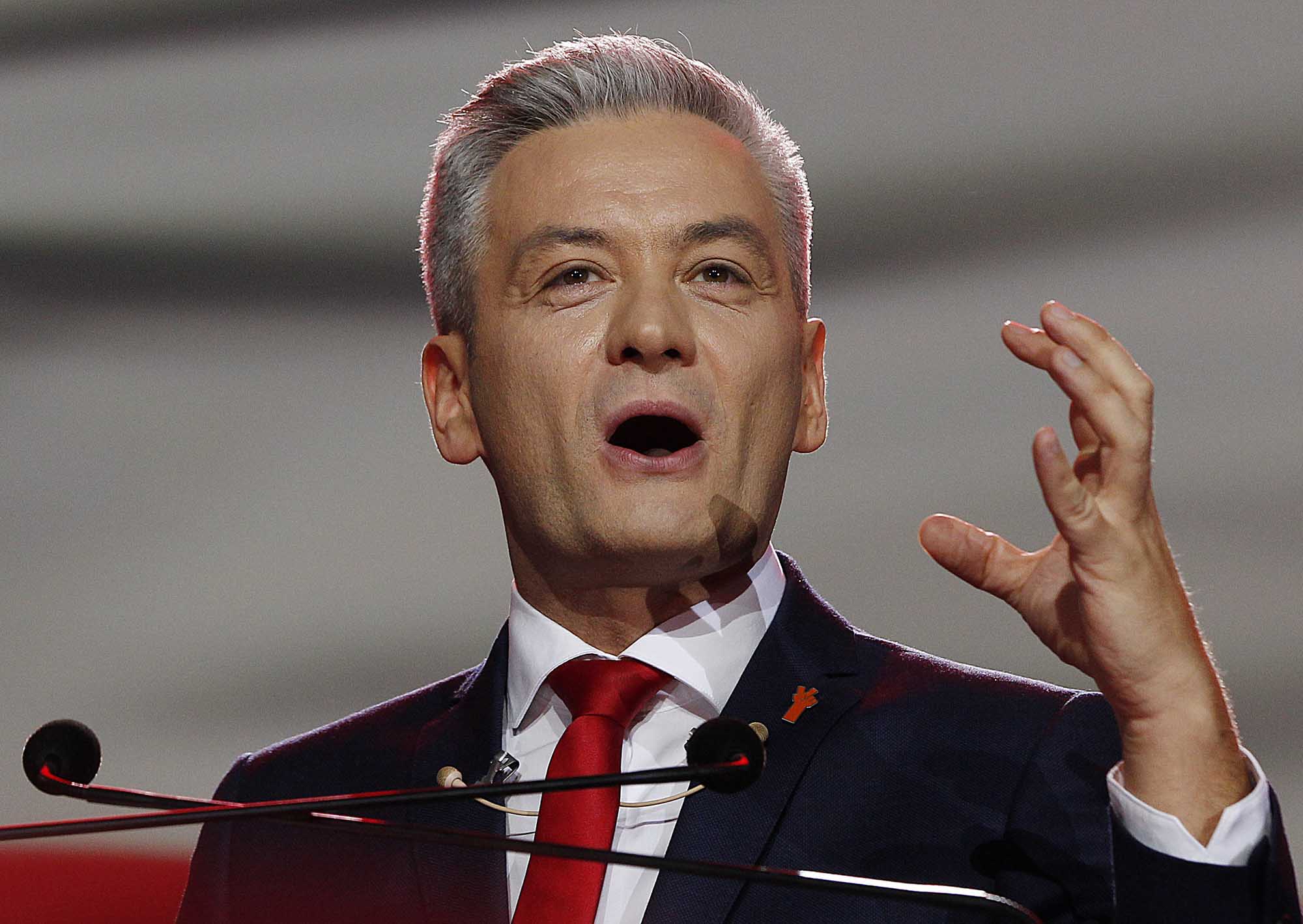 Biedron, a former Polish presidential candidate who now sits in the European Parliament, said, “The president of the republic dehumanizes LGBT people and calls them ‘not human.”

“I remember from the schoolbooks that Jewish people [before World War II] were dehumanized, they were called ‘not humans’, and to me these resemble those times,” Biedron told the Thomson Reuters Foundation in a telephone interview.

The Reuters article also refers to the case of Michał “Margot” Szutowicz, a man arrested for assault and vandalizing property of a pro-Life organization, whom Biedroń says he is rooting for.

“I keep my fingers crossed for this generation,” Biedron said, adding that he supports Szutowicz’s sometimes-controversial campaigning tactics.

Przemysław Czarnek, a constitutional lawyer, was quick to condemn Biedroń for his words on President Duda. He said that he has filed a complaint to the public prosecutor for slander against the head of state.

During his reelection campaign, Duda argued at one of his rallies that LGBT was an ideology rather than a group of people. He justified that statement by saying that the LGBT movement was an ideological one.

1/3 @Reuters, @nytimes, @AP, @guardian, @FinancialTimes Yet again, as part of dirty political fight, my words are put out of context. I truly believe in diversity and equality.

One Duda’s advisors Professer Andrzej Zybertowicz, clarified that the remark did not mean that Duda did not recognize LGBT people and their right to live life the way they wish, but Duda was merely saying that LGBT is also a clear ideology.