Germans join the English team in a display of virtue signaling by kneeling, but this time they also wore women’s jerseys 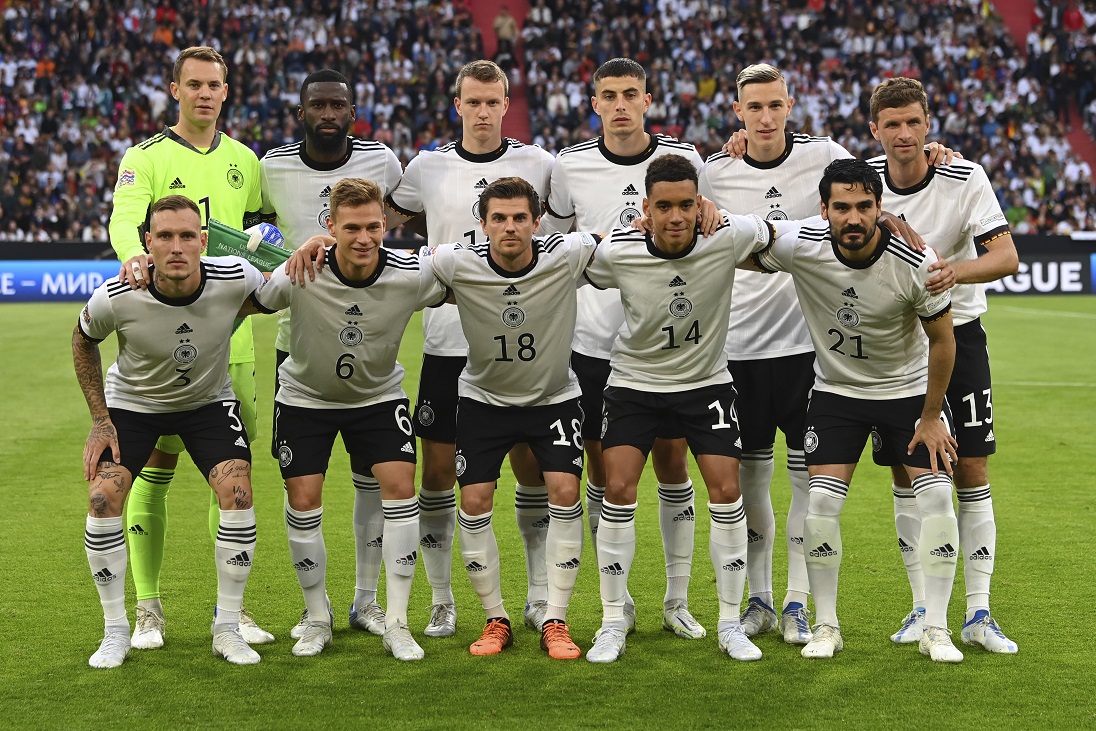 Germany starting players pose for a team photo at the beginning of the UEFA Nations League soccer match between Germany and England at the Allianz Arena, in Munich, Germany, Tuesday, June 7, 2022. (AP Photo/Markus Ulmer)

At Germany’s match with England on Tuesday, the German team not only kneeled for Black Lives Matter, but also wore the women’s jersey of the German national football team.

The move comes shortly after England’s team was booed by young Hungarian fans for kneeling during a match in Budapest that England lost 1-0.

The German football team said they made the gesture of wearing women’s jerseys during the match in order to advertise the upcoming European Women’s Championship in England,

The spokeswoman for the German women, Annette Seitz, praised the move.

“This is a little greeting from our men’s team to all of us that we support each other,” she explained.

Both the German men and their English opponents kneeled on the field before kick-off in Munich, saying they wanted to send a message against racism. Both teams had also kneeled in a similar manner at last year’s European Championship, according to the news outlet Junge Freiheit.

“We are two nations with many people from different countries. That’s an important sign,” said the English manager Gareth Southgate during a press conference.

At the same time, Southgate praised the German national team for their support for the LGBTQ community when they played in Hungary last year. During that match, German goalkeeper Manuel Neuer wore a captain’s armband in rainbow colors, a symbol for sexual minorities.

Now, the issue has once again come to the forefront after England played the Hungarian national team in Budapest last weekend and lost 1-0, with young home fans booing the English for kneeling.

Hungary, a country known for its conservative family and social policies, has taken a stand against LGBTQ ideology being taught in the classroom, while at the same time, Germany increasingly promotes gender transitioning to young children through a range of programs broadcast by public media. Hungary’s conservative stance on the issue has drawn the ire of Western European liberals and the left-leaning European Union, with Brussels threatening to cut EU funds to the country.

Last year, when the controversy first arose, Hungarian Prime Minister Viktor Orbán said pressure on athletes to kneel was a “provocation,” and he condemned the English team for kneeling.

“If you’re a guest in a country, then understand its culture and do not provoke it,” Orbán said. “Do not provoke the host… We can only see this gesture from our cultural vantage point as unintelligible, as a provocation.”

“The fans reacted the way those who are provoked usually react to provocation. They do not always choose the most elegant form [of reaction], but we have to understand their reasons… I agree with the fans.”

After the latest incident in Budapest this week, Hungarian Secretary of State for International Communication and Relations Zoltan Kovacs defended the booing by Budapest fans on Twitter. 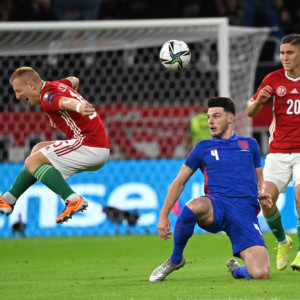