All migrants were men aged between 18 and 47 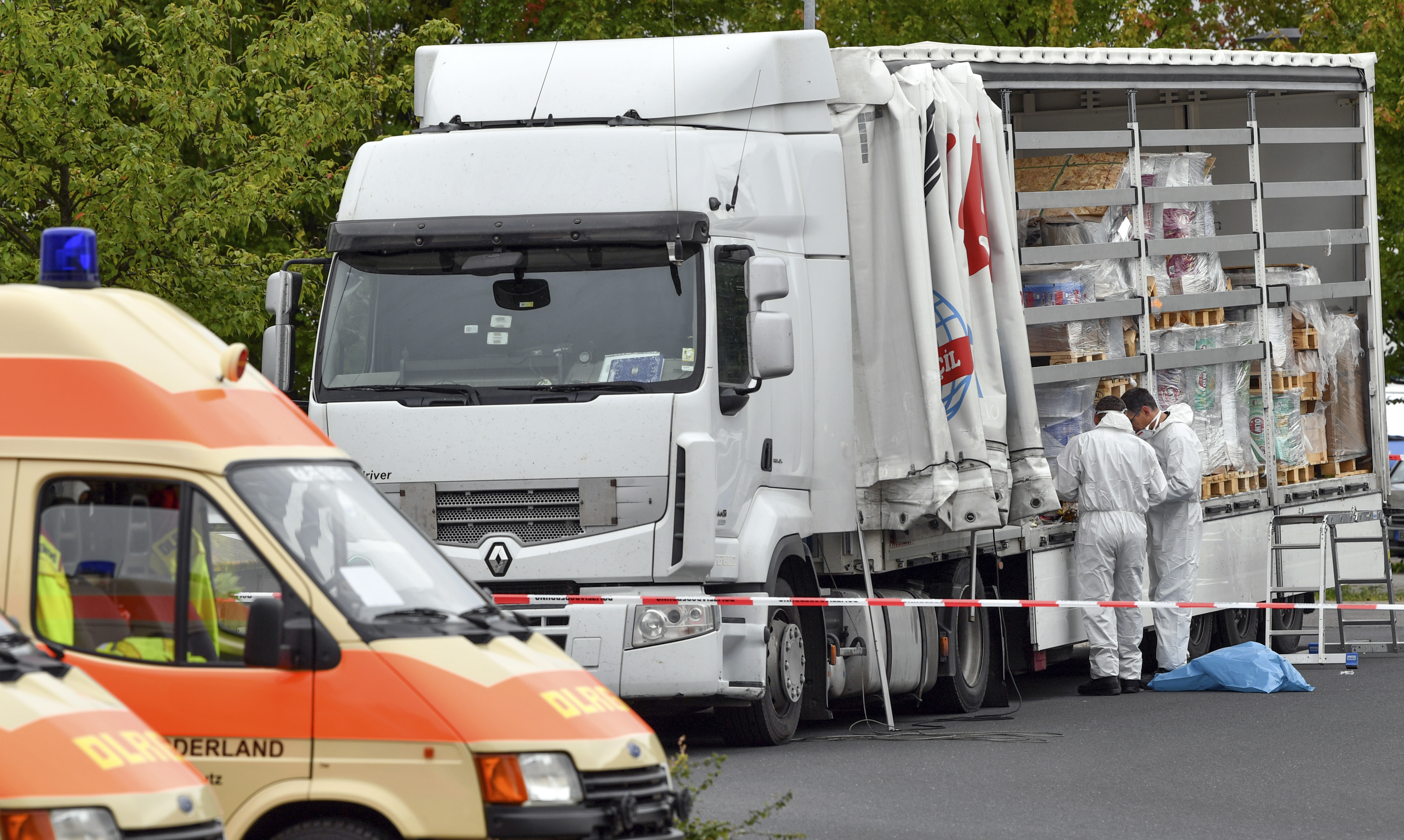 On Tuesday evening, German police found 31 migrants in a refrigerator truck near the border crossing between the Czech Republic and Saxony. The vehicle had a Turkish state license plate and was headed to Dresden, the DPA agency reported.

According to the MDR TV station, the migrants were hidden among pallets loaded with fruit and vegetables. All the migrants in the truck were men between the ages of 18 and 47, the television channel said. They came from Turkey, Syria, Iran, and Iraq. The 58-year-old truck driver was temporarily detained by police on suspicion of people smuggling.

The migrants, who were taken to a nearby police station, said they had to lie on crates of melons while driving, with less than a meter of space under the ceiling of the trailer.

A search of the truck at the Am Heidenholz rest stop near Breitenau, close to the Czech border, was part of a routine joint control operation focusing on cross-border crime. The investigation concentrates on people in the background of human smuggling.

This is not the first time smugglers have tried to get migrants into Europe in a refrigerated truck. In August 2015, Austrian police found 71 people suffocated in an abandoned refrigerated truck on a highway near the Hungarian border.

These were mainly Syrians, Afghans, and Iraqis. A Hungarian court sentenced the four main culprits to 25 years in prison. Last October, a similar case came to light in Britain. 39 Vietnamese migrants died in a refrigerated container in a truck from Belgium. In this case, the British judiciary is prosecuting several people suspected of being part of a smuggling gang.

As Remix previously reported, five migrants hiding in a truck were detained on the D1 motorway in the Czech Republic in June. The truck driver and his co-driver are suspected of organizing and supporting the illegal crossing of borders.

Title image: Policemen investigate a truck near a police station in Frankfurt an der Oder, eastern Germany, Saturday, Sept. 16, 2017. Germany’s federal police say they have stopped the truck near the German-Polish border with 51 people squeezed inside, among them 17 children. (Patrick Pleul/dpa via AP)