The “Kulikikata Challenge” spread across Europe during the pandemic 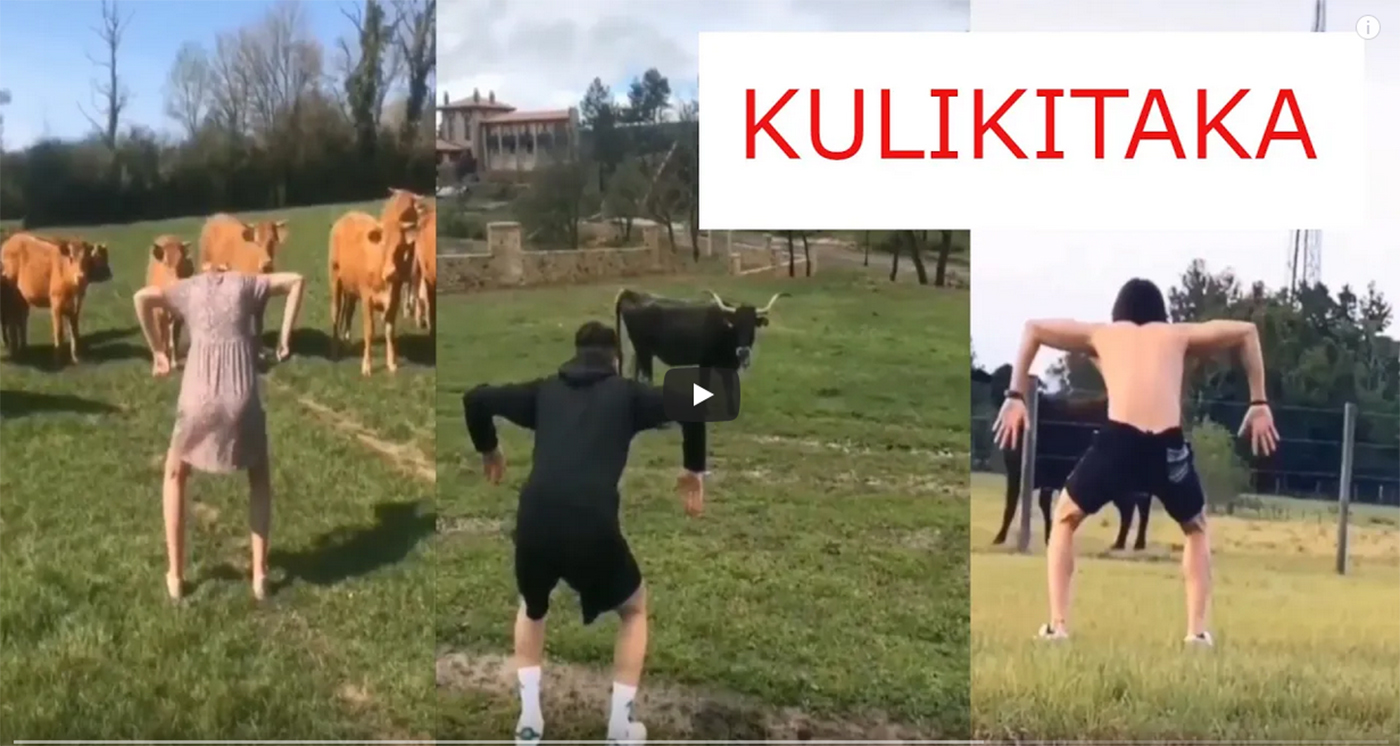 Two German teenage girls from Bavaria are suspected of having deliberately startled cows in a pasture in the Allgäu and chased them in front of a moving train. As the police announced on Tuesday, an animal was hit by a regional train and killed on Thursday, Süddeutsche Zeitung reports. Information from a witness indicated a connection with the so-called “Kulikitaka Challenge”.

In short videos under this title, people with wild movements frighten animals to the sounds of a merengue title. After the accident in the Allgäu, the police warned on Tuesday not to imitate this. Last year the social network TikTok deleted many “Kulikitaka” videos after farmers warned that scaring cows was life-threatening for animals and people.

In Germany, during the pandemic restrictions last spring, animal-scaring mini-videos began to spread — primarily on Tik Tok’s social media platform — with young people challenging each other to scare domestic and farm animals and reporting this in a video post. The musical background of the videos is the song of the Spanish singer Toño Rosario Kulikitaka, hence the name “Kulikitaka-challenge”.

In the accident on Thursday, the passengers on the train were reportedly uninjured. The route between Kempten and Ulm was therefore closed for two hours. The police are now investigating dangerous interference in rail traffic with a reported damage of €30,000.