Germany: AfD in Saxony-Anhalt ends up behind CDU in regional elections

CDU received 37.1 percent of the vote 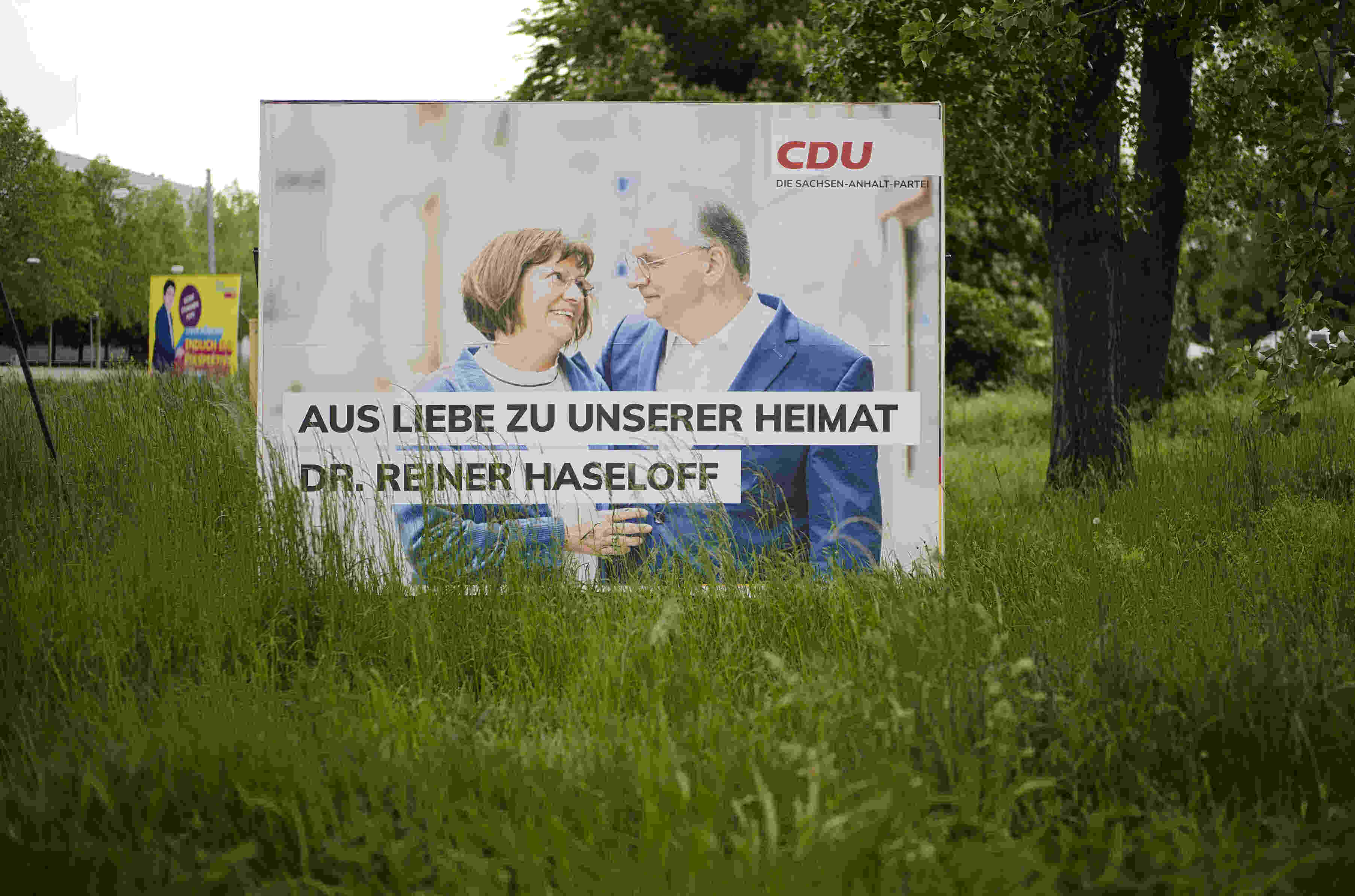 Germany’s center-left Christian Democratic Union (CDU) handily won Sunday’s regional elections in the German state of Saxony-Anhalt, receiving 37.1 percent of the vote. In second came Alternative for Germany (AfD), which was considered a possible main challenger to the CDU, receiving 20.8 percent of the vote.

The post-communist Left Party, the Social Democrats (SPD), the Free Democratic Party (FDP), and the Greens also entered the state parliament (Landtag). According to interim results, turnout has so far been 57.4 percent while in 2016 it was 61.1 percent.

The CDU improved by seven percentage points from the election five years ago. Such a result is a springboard for the all-German coalition of the CDU and its Bavarian Sisters of the Christian Social Union (CSU) ahead of federal parliamentary elections in September. On the contrary, the result of the Greens, who can also possibly win in September, according to surveys, delivered a poorer than expected result with 5.9 percent. In 2016, the Greens received 5.2 percent of the vote.

In Saxony-Anhalt, the expected battle for first place between the CDU and AfD did not materialize. The party, which is described by the mainstream media as populist to far-right, defended successfully its second place position with 20.8 percent of the vote, but compared to 2016, it lost 3.4-percentage points.

The SPD also ended up with a worse result, receiving 8.4 percent of the vote, which is 2.4-percentage points less than five years ago. The Left recorded an even bigger drop, namely by 5.3 percentage points as it was supported by 11 percent of voters.

In addition to the CDU, the Liberals (FDP) can also celebrate, returning to the Landtag after ten years by gaining 6.4 percent of the vote.

This result means that the current prime minister of Saxony-Anhalt, Reiner Haseloff, can count on a third term. Haseloff’s CDU now rules in Saxony-Anhalt together with the SPD and the Greens. According to the ARD calculation, the CDU and SPD coalition could also have enough votes. Thanks to the return of the FDP, Haseloff now has other coalition options. Conservatives ruled out cooperation with AfD in advance.

“It’s demarcating against the far right,” Haseloff said after the estimates were released. He added that the result is a clear message to the outside world.

Haseloff thus probably had in mind the recent comment of the German Government Plenipotentiary for the New Länder, Marc Wanderwitz, who said that part of the population of the new German states held strong undemocratic views. Many politicians, including Chancellor Angela Merkel, objected to these words.

“We can form a good civic-conservative government,” Chrupalla told the CDU.

Title image: An election campaign poster from the Merkel’s Christian Democratic Union, CDU, party stands near a road in the federal state Saxony-Anhalt’s capital Magdeburg, Germany, Wednesday, June 2, 2021. The state vote on Sunday, June 6, 2021 is German politicians’ last major test at the ballot box before the national election in September that will determine who succeeds Chancellor Angela Merkel. The poster shows ruling CDU governor Reiner Haseloff with bis wife Gabriele Haseloff and the slogan: ‘Out of love for our homeland’. (AP Photo/Markus Schreiber)