Szijjártó hands over the supply at the vaccination center 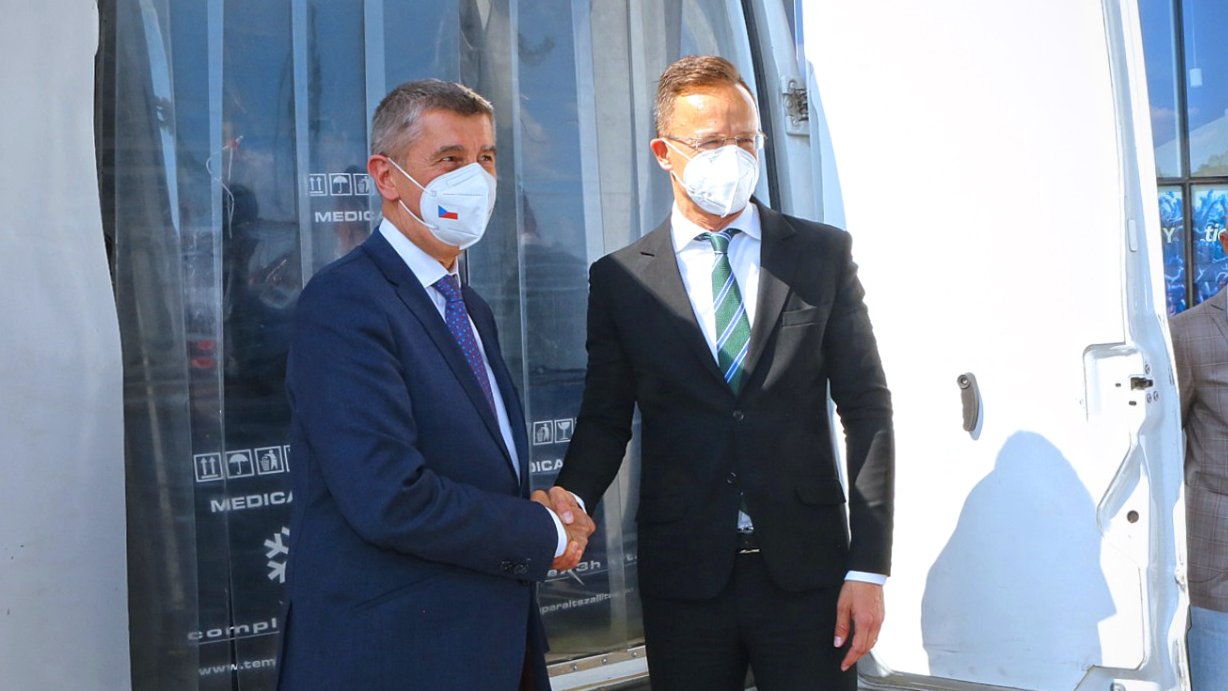 In April, Slovenia, Austria, and Hungary promised to send vaccines to the Czech Republic. These countries agreed to ship about 80,000 doses after Czechia did not agree with the redistribution of additional ten million vaccines in the EU. During his visit to the Czech Republic in April, Slovak Prime Minister Eduard Heger also promised to send 10,000 doses from Moderna.

During Szijjártó’s visit, Babiš noted that Hungary previously donated 160 lung ventilators to the Czech Republic and ceded the supply of 200 hospital beds.

“When I fought together with Sebastian Kurz in Europe to distribute the vaccines based on population, unfortunately, the declared solidarity did not work out. It was not nice. I then turned to my friends, and Viktor Orbán was the first to promise me this supply of 40,000 vaccines,” said the prime minister.

However, the iROZHLAS news outlet stated that Czechia had not received the vaccines as a gift. According to government spokeswoman Jana Adamcová, the countries only loaned them.

“In the case of the vaccines from Austria, Hungary, and Slovenia, it is a loan that we will repay when we have enough vaccine,” she said, adding that there are no deadlines, and it is a gentleman’s agreement between prime ministers. Babiš then confirmed that such was a plan from the beginning.

During the handover, Szijjártó noted that Hungary supplied the Czech Republic with vaccines because the countries are friends, their economies are interconnected, and tourists like to go on mutual visits of both states. He reminded that there is an agreement between Hungary and the Czech Republic that citizens can travel without restrictions if they are at least 22 days after the first dose of the vaccine and can prove it with a national certificate.

On Monday, a Czech military plane also brought over 100,000 doses of Pfizer/BioNTech vaccine from Belgrade, which Serbia donated to the Czech Republic.