In a blow to civil liberties, Intelligence services are free to monitor the 2,200 Alternative for Germany (AfD) members after Saxony-Anhalt, including their personal communications 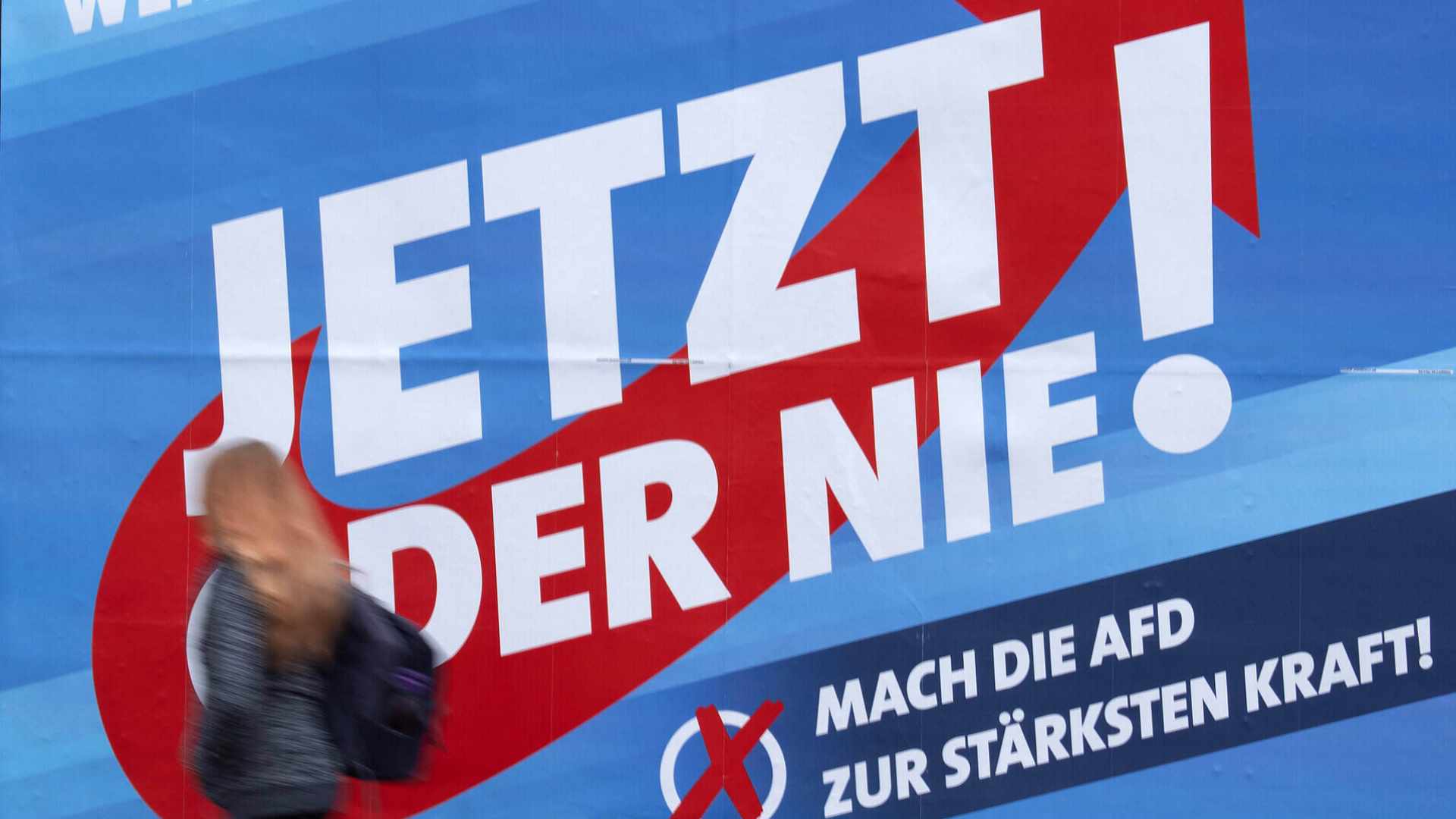 In a case that raises questions about civil liberties and democratic norms in Germany, the Office for the Protection of the Constitution in Saxony-Anhalt has classified the Alternative for Germany party (AfD) as a “suspected case”, which means German intelligence services are permitted to place the 2,200 party members in the eastern state under extreme surveillance.

As the Mitteldeutsche Zeitung reported, this surveillance includes, among other things, the recruitment and use of informants, the tracking of financial flows, as well as wiretapping, reading, and monitoring the communication of AfD members and officials.

After Thuringia and Brandenburg, Saxony-Anhalt is the third state in which the party will be observed by the Office for the Protection of the Constitution as a “suspected case”, according to Junge Freiheit.  All three eastern states are where support for the AfD are the strongest in Germany. The report indicates that this status has been in place since Jan. 12. As a reason behind its decision, the Office accused the AfD in Saxony-Anhalt of attacks on human dignity and rejecting the democratic rule of law.

At the same time, the move is expected to have a chilling effect on the party and intimidate its supporters, especially members who now would have to fear constant monitoring of their private communications. While the AfD garners only 10 percent of support in nationwide polls, in Saxony-Anhalt, the party earned over 27 percent in the 2019 elections, making it the second stronger party in that German state.

There are fears that the German establishment may be using the threat of monitoring to silence dissent from the party most vocally opposed to more immigration. Polls have shown that when the question of migration is broken down between EU and non-EU migration, Germans are not as welcoming as commonly portrayed. A major EU Barometer poll, for example, showed that Germans are more opposed to non-EU migration than supportive, with 48 percent saying they were against non-EU migration while 44 percent supported it, a finding that has not changed much since 2015. In 2017, a majority of Germans said they could not take in any more refugees and a major YouGov survey this year found that 63 percent of Germans did not trust their government on migration and 61 percent feel ‘insecure” about migration. Another 38 percent listed it as the top security threat the EU faces.

According to the ARD-Hauptstadtstudio television studio, the decision to place the AfD under surveillance does not come as a surprise after the party elected the federal parliament member Hans-Thomas Tillschneider to the state executive at the party conference in Dessau last autumn. Tillscheider is considered one of the leading representatives of the officially dissolved right-wing branch of AfD. The AfD party is the largest opposition faction in the Magdeburg state parliament in Saxony-Anhalt.

The reclassification of AfD by the Office for the Protection of the Constitution is also imminent at the federal level. According to several reports, the Office wants to designate the entire party as a “suspected case.” However, the AfD is suing against this motion. As it was revealed on Monday, the Federal Office issued a standstill declaration not to make its decision about AfD public until the Cologne Administrative Court has decided on the matter.

Last week, an interim report by the Berlin Office for the Protection of the Constitution hit the headlines. In the report, the Office stated that “in the overall review of the documents and findings listed, there are no sufficient factual indications of anti-constitutional efforts by the AfD Berlin that could justify a classification as a suspected case.”

After the report became public, the Berlin Senate Department for Internal Affairs announced that, among other things, criminal charges will be filed against unknown persons for revealing confidential information. The responsible head of the department in the Office was also laid off. Furthermore, the interim report allegedly contains methodological errors and technical inadequacies.