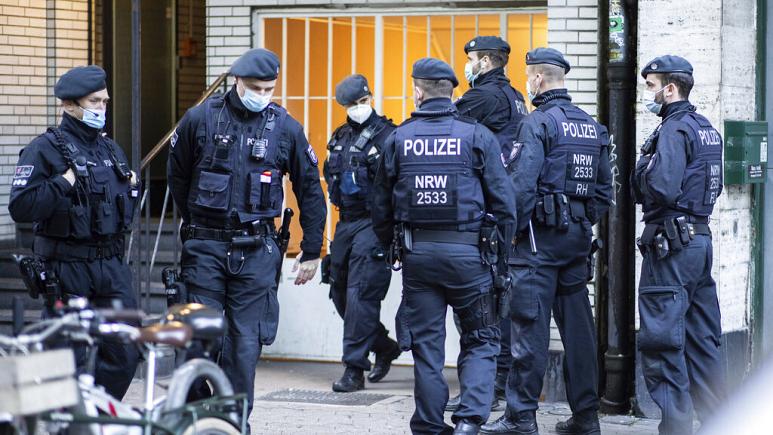 The German government has announced a ban on the Salafist-Islamic association Ansaar International after accusing the purported aid organization of using donations to finance terrorist groups across the world.

“To fight terror, one must dry up its sources of money,” said Seehofer.

According to a statement released by the interior ministry, around 1,000 police officers took part in the operation which saw evidence — including €150,000 euros in cash — seized across various locations in Rhineland-Palatinate, Baden-Württemberg, Bavaria, Berlin, Brandenburg, Hamburg, North Rhine-Westphalia, Lower Saxony, Schleswig-Holstein, and Hesse German.

Alongside Ansaar International, the German government also banned groups linked to the Dusseldorf-based NGO, such as the Somali Committee for Information and Advice, the Änis Ben-Hatira Foundation, the Frauenrechte ANS Justice eV association, Umma Shop and Helpstore Secondhand UG, and Better World Appeal.

Seehoer said that these groups “spread a Salafist world view and finance terror around the world under the guise of humanitarian aid.”

Up until its recent ban, Ansaar International operated under the pretense of supporting various humanitarian projects for Muslims around the world. On its website, the Salafist NGO claims to provide humanitarian aid to individuals impacted by war and other crises by building and funding the construction of orphanages, schools, and medical centers. The organization is said to have collected €8 million to €10 million in donations in 2018.

Germany’s Interior Ministry insists, however, that the funds raised by Ansaar International are done so with the intention of funding foreign terrorist groups like the Palestinian Hamas, as well as the Al-Qaeda-linked Al-Shabaab and Jabhat al-Nusra, located in Somalia and Syria, respectively.

“Financial support, even for what at first glance appear to be charitable activities, secures the terrorist groups’ power and dominance in the respective region, facilitates the recruitment of activists, and saves the terrorist group money, which in turn can be used to carry out the crimes it plans,” the interior ministry said.

The ministry, which insists that the banned organizations are “enemies of a world order that protects the human dignity of people of different faiths are created continuously”, also believes the organizations are working to send children from Germany abroad to help “internalize Salafist-extremist content there and to bring it back to Germany”.

Joachim Herrmann, the interior minister for the federal state of Bavaria, also commented on the bans and raids, saying: “This is a serious blow against terrorist financing and Salafist missionary work in Germany.”

The actions taken by German authorities this month come after the Düsseldorf Prosecutor General’s Office first began investigating the Salafist NGO in April of this year. That month, police searched the apartments of three individuals, aged between 32 and 40, including a Düsseldorf-based lawyer, who are suspected of financing terrorism.