Germany: Proportion of crimes committed by migrants surges according to police data 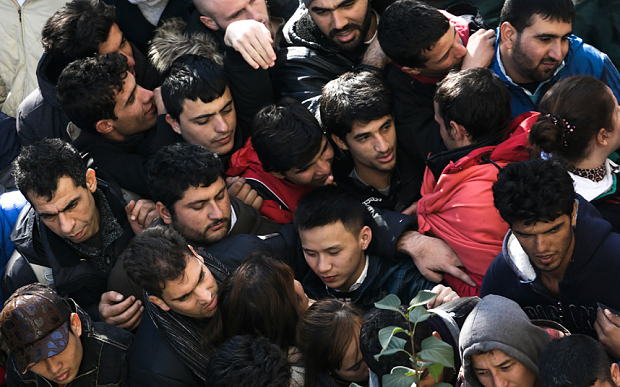 Suspects without a German passport committed 35 percent of all crimes in Germany in 2019, which shows those with a migrant background represent a growing proportion of the country’s criminals, according to statistics released by the German Criminal Federal Police (BKA).

The crime statistics showed once again that those without a German passport are overrepresented as criminal suspects, with 2019’s proportion of foreign suspects showing a rise over last year’s figures.

While making up only 12 percent of the population, the proportion of foreigners among criminal suspects was 37 percent. In the case of murder, that proportion was even higher, with nearly 40 percent of suspects listed as “immigrants”.

Germany also saw an increase in sexual crimes in 2019, with 8,189 suspects listed as “non-German”, representing more than one in three sexual crimes (36 percent).

Of the 699,261 non-German suspects, approximately 38 percent were listed as people “with a migrant background,” according to statistics. Non-Germans with German passports made up most of the rest of suspects from that total.

Although overall crime is down in 2019, serious crimes like murder, sexual crimes, and grievous bodily harm all dramatically increased. Many crimes go unreported and according to the report, only 56 percent of crimes are solved, which means many suspects remain unidentified.

Despite an increase in the proportion of crimes committed by immigrants, Germany’s federal government has mandated that officers partake in anti-racism courses.

Past reports have also shown similar alarming statistics. The 2019 “Criminality in the context of immigration” report pointed to a 102 percent increase in the number of Germans who were listed as victims of a crime committed by a member of the immigrant community, which includes all those who entered Germany under the asylum system. For example, in the category of “sexual offenses”, 3,261 Germans were victims in sexual crimes featuring an immigrant as the suspect while only 89 immigrants were victims of a German suspect.

The Federal Criminal Police Office’s (BKA) first quarter report for 2019 also showed that as a group, refugees, asylum seekers and individuals with no German residency who can’t be deported, known as Geduldete in German, are the most overrepresented group featuring criminal suspects in all of Germany.

With the majority of this group arriving in 2015 or later, they represented only 2 percent of the German population but accounted for 15 percent of cases of deadly violence and 12 percent of rape or sexual assault suspects.
Another report showed that in Berlin in 2016, half of all criminal suspects had no German passport.