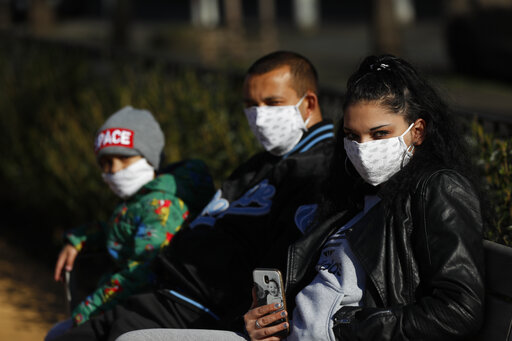 Czech officials expect a second and much worse wave of the coronavirus epidemic in April, with up to 15,000 people being infected. Meanwhile, the number of coronavirus patients in Czechia increased to 2,837.

As stated by Minister of Health Adam Vojtěch and epidemiologist Rostislav Maďar in a debate on Czech TV, the number of infected people would thus be up to five times higher than the country is currently experiencing.

According to Maďar, the Czech Republic went through the first wave of the epidemic. The second, much larger one, is expected to emerge in the coming weeks.

“One-third to half of the population will get infected before the vaccine is ready,” said Maďar. While a large portion of those infected might develop no symptoms or only mild ones, it is too early to tell what the full impact will be on the Czech populace.

The Minister of Health shared estimates of his report and the opinions of other medical experts, saying they expect that by the end of April, there will be up to 15,000 infected people in the Czech Republic. However, according to Vojtěch, it is difficult to predict the mortality rate.

On Monday morning, health authorities recorded 2,859 coronavirus cases. Since Sunday, the number increased by only 160, which is the lowest number in the last six days. So far, 11 people were cured of the virus while 17 died due to health issues caused by Covid-19.

Although the number of infected people in Czechia is exceeding government predictions, Prime Mnister Andrej Babiš wants to extend the state of emergency, which was about to end on April 11, by 30 more days.

The government is also likely to extend restrictions on freedom of movement for at least a week as the current measures are in effect only until April 1.

Title image: A family wearing face masks enjoy a sunny day at a playground in Prague, Czech Republic, Monday, March 23, 2020. Czech Republic has made it mandatory that all people must cover their mouths and noses in public to stem the spread of the novel coronavirus called COVID-19. Improvised methods such as a scarf or homemade mask are allowed. (AP Photo/Petr David Josek)