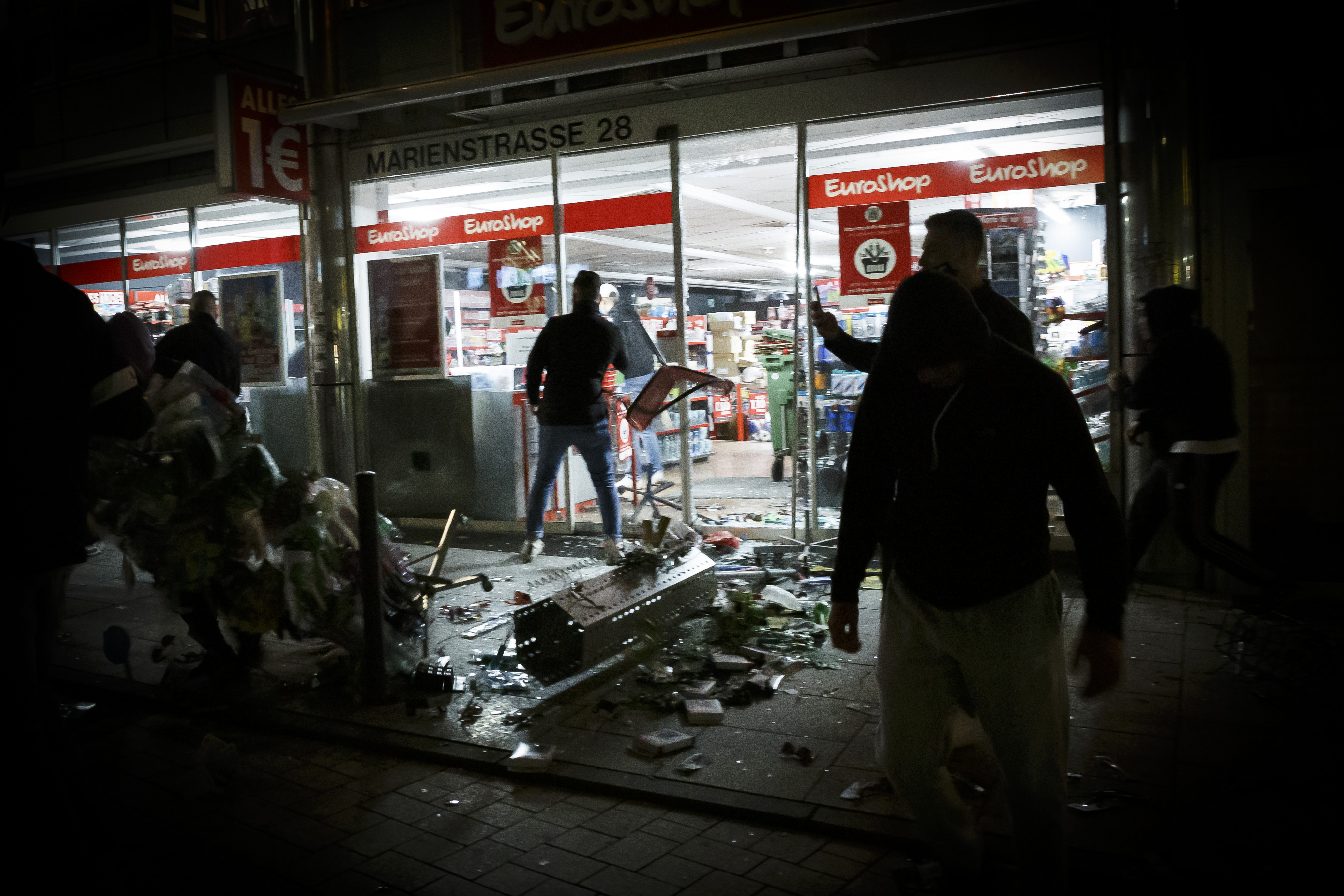 Approximately 400 to 500 “youths” in the southwest German city of Stuttgart participated in what media outlets termed as “unprecedented” violence on Sunday night after a routine drug check in the city’s downtown shopping district.

Politicians from the Alternative for Germany (AfD) said that migrants along with Antifa were responsible for the chaos, which resulted in over 40 shops vandalized or looted, intense fights with police, and 19 police officers injured.

In what appears to at least partially support AfD’s claims that migrants were a part of the rioting, Stuttgart police said that of the 24 arrests made, half of them were foreign nationals. The other half were German citizens, but the ethnicity of those German citizens was not released.

One video of rampaging youths also caught some of them screaming ‘Allahu Akbar’.

The violence began when police officers stopped a 17-year-old youth suspected of drug possession, who attempted to run away. The hundreds of people began converging towards police in anger over the incident and then threw stones and bottles at police. This violence escalated and the crowd  proceeded to loot shops and attack police cars.

By the time police brought the violence under control around 4 a.m. on Sunday, 40 shops have been either vandalized or looted, and a dozen police vehicles were damaged.

“It was total rampage,” said a police spokesman the morning after.

Schunke also wrote on Twitter: “Stuttgart last night. Years of downplaying left-wing extremism and uncontrolled immigration and lack of integration are bearing fruit. The press tends to be reluctant to describe the perpetrators”.

The police claim the violence did not appear to be politically motivated.

“We can rule out a left-wing political or any political motivation for these acts of violence,” Stuttgart police commissioner Franz Lutz said.

His claim that the left was not involved was disputed by AfD’s party in the Bundestag, Alice Weidel, who said the riots stemmed from of Antifa and what she referred to “MigrAntifa” in the city in a post that featured police vehicles being attacked.

Most of the estimated 500 involved in the rioting were young adults, German state media Deutsche Welle reported. Of the 24 people arrested seven were under the age of 18 and another seven between 18 and 21.

The vice-president of Stuttgart’s police force, Thomas Berger, said that he was shocked by the violence: “I have been a police officer for 30 years and have experienced a lot, but there have never been scenes like this in Stuttgart showing how violence is carried out here. I am shocked. I’ve never seen anything like it.”

The affluent city, home to carmakers Porsche and Mercedes, spread over several hills and featuring many green spaces, is normally a sedate, quiet one. However, the AfD says that the city’s massive migrant population is leading to growing tensions, pointing to fact that according to German statistics, 40 percent of its residents and 64 percent of those under the age of five are of an immigrant background.

For the last few weeks, there had been major clashes between mostly young people and the police but not nearly on the scale seen on this weekend.

In an interview with state broadcasting corporation SWR Thomas Strobl, Minister of Interior of Baden-Württemberg, said the serious incidents are “a challenge to the rule of law and must be severely punished”, adding that police alone cannot solve all problems, which require cooperation between the city, society and the local club operators.