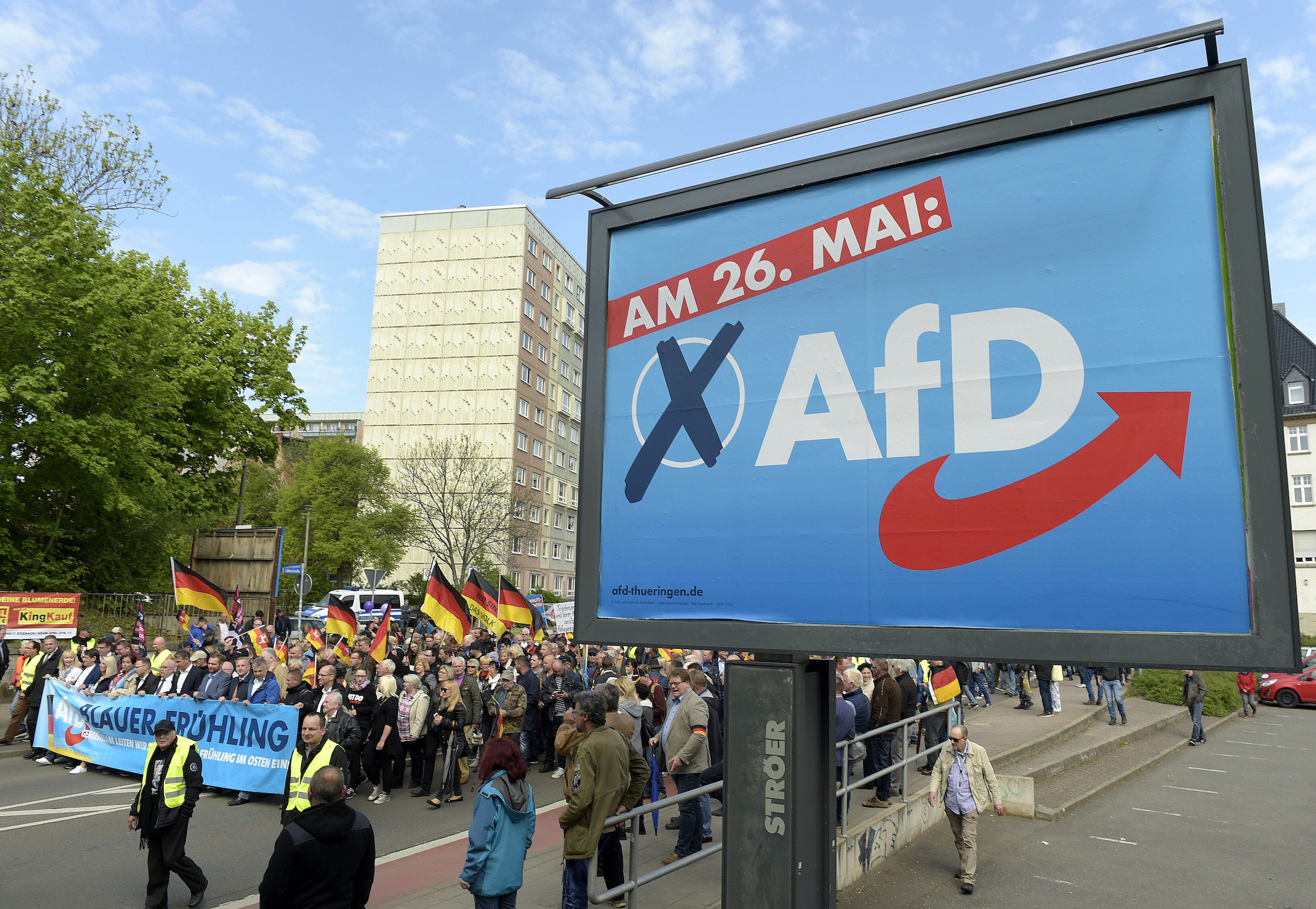 In the past month, Germany’s leftist-controlled government, looking to quash its main ideological adversary, has started to use every tool at its disposal to crush the populist Alternative for Germany (AfD) party.

The European Union has remained silent as Germany deploys its domestic intelligence agencies to silence Germany’s largest opposition party while at the same time decrying so-called “rule of law” violations in countries like Hungary and Poland.

At the beginning of March, the Federal Office for the Protection of the Constitution (BfV), Germany’s federal domestic intelligence service, placed the populist party under surveillance under the guise of being suspected as an “extremist group”, effectively allowing the agency to spy on Merkel’s foremost ideological opponent with impunity, the Associated Press reported.

According to sources from Germany’s media who spoke with the BfV on the matter, Alternative for Germany has been declared a “suspected case” of far-right extremism and a threat to the democratic order of the country, allowing the domestic intelligence agency to deploy undercover agents called “V-men” and surveil the party and its members’ emails and phone calls, German newspaper Die Welt reported.

The move against the AfD comes at the same time that the EU is pursuing Hungary and Poland over rule-of-law issues along with claims from EU officials that Hungary is a “sick democracy“. Neither Hungary nor Poland’s conservative governments have ever placed their main opposition parties and their members under blanket surveillance from domestic intelligence agencies. While such an action from either Hungary or Poland would undoubtedly result in the EU condemning such an egregious measure, so far, the EU has not voiced any negative reaction to Germany’s policy nor opened up any proceedings questioning rule of law in the country.

AfD’s stance against mass migration at odds with German mainstream

The AfD, a populist party with an uncompromising stance against mass migration, has taken the matter to court and the case is ongoing, something the BfV mentioned, telling Germany’s media: “In view of the ongoing proceedings and out of respect for the court, the BfV does not comment publicly on this matter.”

AfD group leader in the federal parliament, Alice Weidel, has commented on the report, saying, “The Office for the Protection of the Constitution is purely political on the issue of the AfD. This is particularly remarkable given the upcoming state and federal elections this year.”

“I am sure that such a classification of the AfD will not stand before the Federal Constitutional Court,” Weidel added.

Late last week, the assault on the rising populist party continued, as the federal executive committee of the Gewerkschaft der Polizei (GdP) – one of Germany’s largest police unions – declared that simultaneous membership in the Alternative for Germany Party (AfD) and the police union (GdP) were incompatible, Zeit Online reported.

The GdP represents 181,000 police officers, and is one of eight industrial associations of the German Confederation of Trade Unions (DGB). The GdP is one of three trade unions for police officers serving in Germany.

During a video conference on Friday, the GdP made the announcement in Berlin, saying that it would call on members who profess to be party members of the AfD, support it or sympathize with it, to leave the union solidarity community, and that they are no longer welcome in the GdP.

In a document outlining their position and why they have taken it, the GdP wrote a multi-page document which, among other things, defames the AfD as an “essentially racist, nationalist, inhuman, democracy-and union-hostile party”. The document’s authors also claimed that AfD politicians are “partly responsible for hatred, agitation and violence”.

The AfD has rejected such allegations and condemned the union’s incompatibility decision.

“If the GdP takes such a decision shortly before two important state elections, it obviously acts for everyone as an extended arm of the Greens and the SPD, two parties that regularly trample on the interests of police officers,” said the deputy domestic policy spokesman for the AfD’s Bundestag faction and former police chief commissioner Martin Hess.

“In order to conduct party politics under the guise of political correctness, the GdP uses anti-democratic methods by trampling on pluralism of opinion,” Hess added.