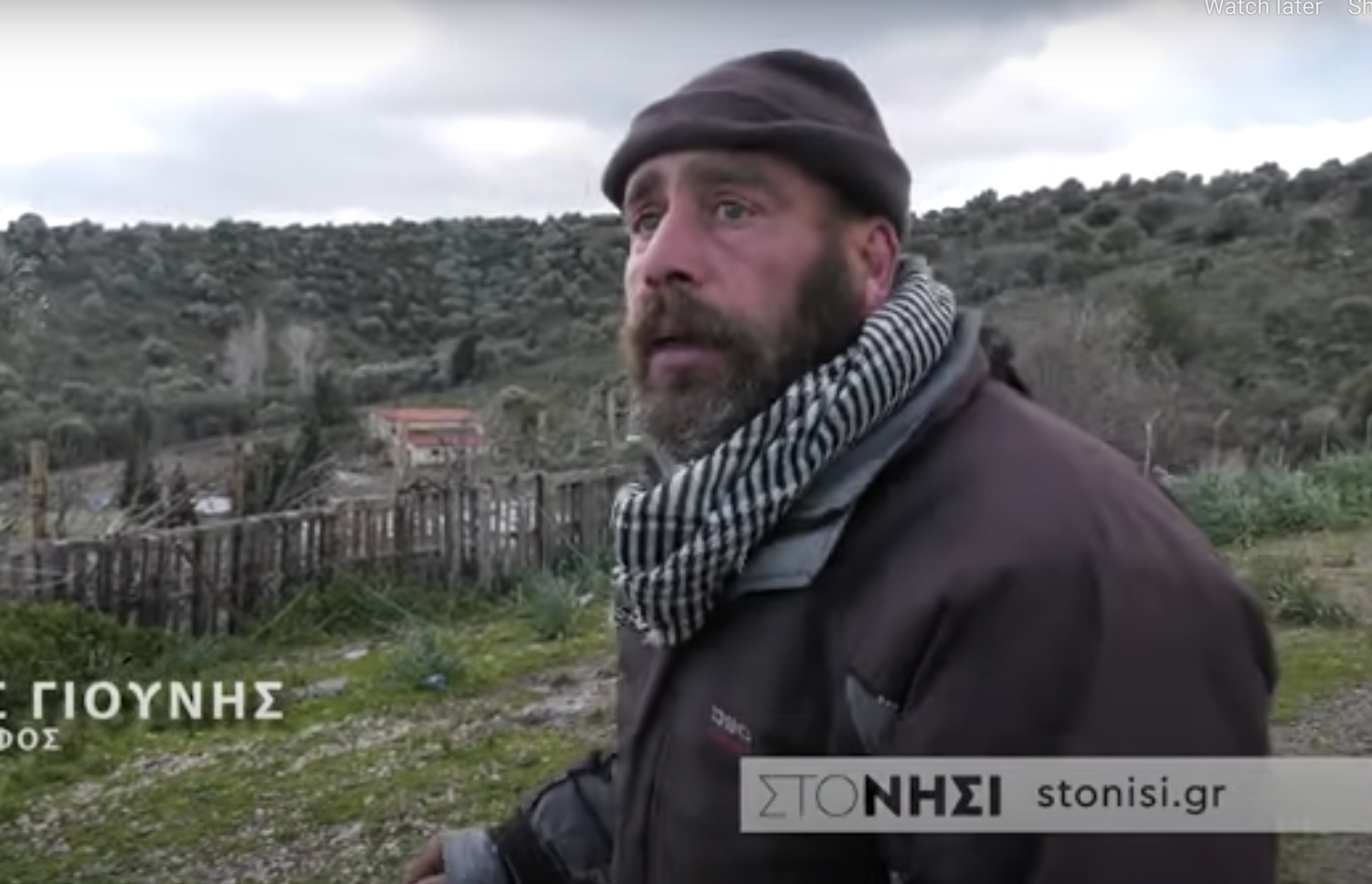 In a dramatic video segment that’s currently circulating on social media, a Greek shepherd living on the island of Lesbos — not far from one of the migrant camps — breaks down in tears at one point as he describes how his life’s work has been destroyed a result of migrants repeatedly stealing and slaughtering his sheep.

The shepherd, Fotis Giounis, lives close to the Kara Tepe migrant camp, which presently houses around 7,000 migrants. During the video clip, Giounis says that gangs of migrants have recently repeatedly trespassed on his land, grabbing his best animals, then slaughtering them before taking the meat back with them to camp.

“I have created all this by riding a bike and selling milk. I have lived in tents for five months… And they destroyed everything in two hours.”

The shepherd also described how he had found carcasses of his goats and sheep tossed into a nearby stream and field. Giounis says that the migrant gang trespassed onto his property while he was away for two hours and slaughtered five sheep. A similar attack took place the week before, he added.

“I wonder, do [the authorities] see people with big bags of meat — over 100 kilos — and they do not stop them? Aren’t they looking to find where the meat comes from? I am desperate,” Giounis told the Greek news agency StoNisi.

“I am horrified by the fact that groups of armed people are wandering here in the mountains, looking for our farms — and apparently they are familiar with the use of knives.”

During the interview, Giounis expressed that he has feelings of desperation since his animals take several years to raise and that his family is heavily dependent on them for their survival. Ten of his lambs are now without parents. The shepherd also told the journalists that now he is forced to spend his days away from his children so that he can guard his animals from the migrants who stay in high-priced tents nearby.

“I do not want compensation. I just want to be at peace — to be able to go home and not be worried,” he says.

Last year, illegal migrants staying at Moria — a migrant camps which is also located on Lesbos — chopped down around 5,000 olive trees on private property for reasons that remain unclear.

At present, more than 7,000 illegal migrants are currently being held at the Kara Tepe migrant camp, which is situated about three miles north of Mytilene, the capital of Lesbos.

The island’s largest and most notorious camp Moria was decimated in a fire last September, leaving 13,000 illegal migrants without shelter. Five Afghan migrants in the shelter were arrested and accused by police of setting their own camp on fire.

Migrants were also accused of vandalizing churches on a number of Greek islands. In 2020, Hungary donated €30,000 to help refurbish the churches.