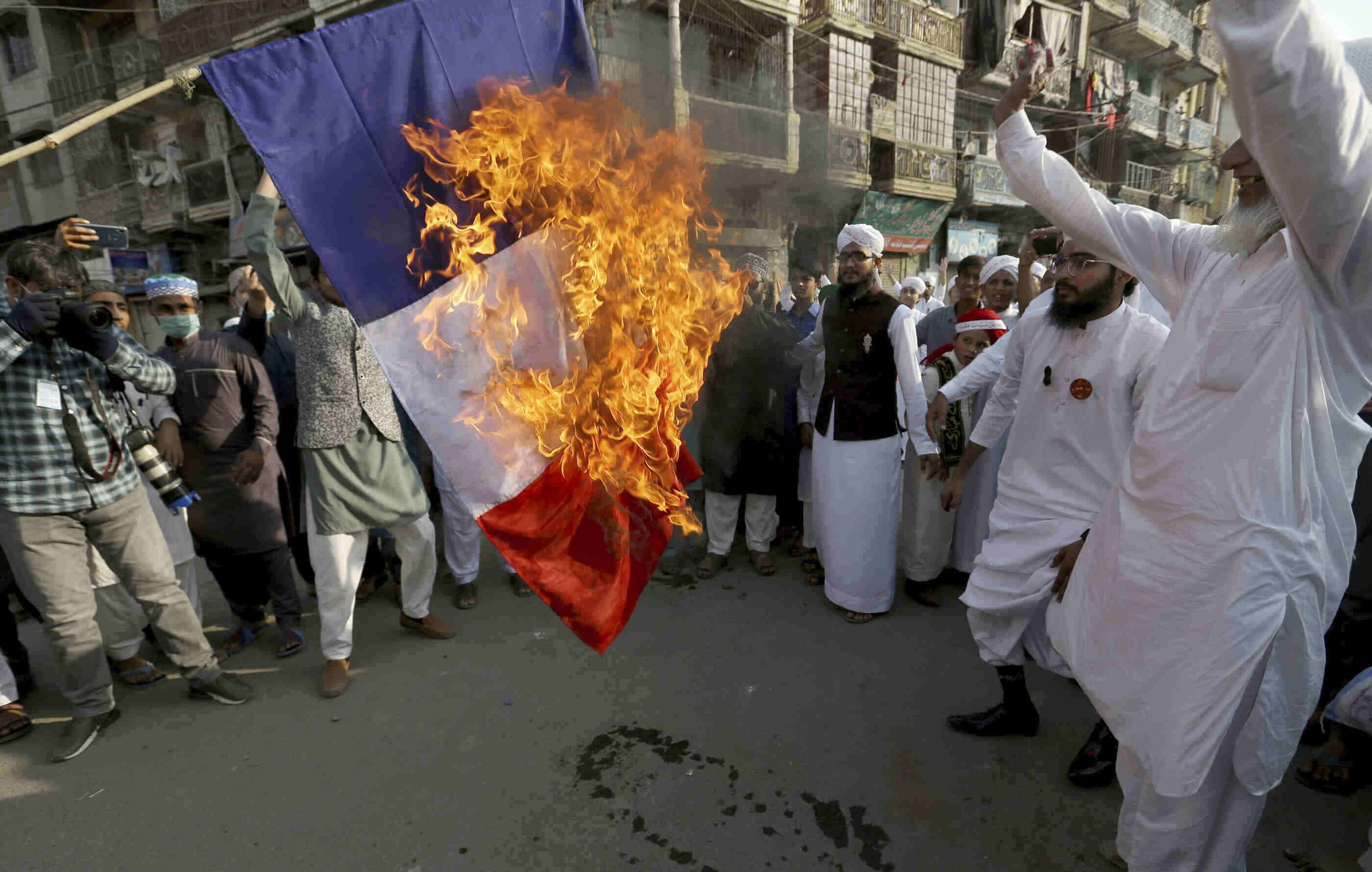 While French soldiers and police have been patrolling churches after a recent series of attacks and President Emmanuel Macron has called Islamic extremism an enemy of France, in some Muslim countries, there are demonstrations against Macron, France, and cartoons of Prophet Muhammad.

In an interview with Aktuálně.cz, the former Czech ambassador to Paris, Petr Janyška, described the situation in France, explaining that the government is trying to limit the influx of imams from abroad because they are often behind the radicalization of young French Muslims.

Although France has been an immigrant country par excellence for over a hundred years, currently, there are unprecedented issues, Janyšek claims.

“There are no major problems with any ethnic minority, whether it is the Chinese, Vietnamese, Cambodians, or Indians. The only obvious issue is with radical Islam,” said the former ambassador.

“Radical Islam is gaining a foothold among a faction of the young generation with parents and grandparents who came from Muslim-Arab countries in the past. They mostly live in bad social conditions, in large families often without a father, they do not have a good education, and they live in the suburbs of large cities,” Janyška said. “Unemployment also affects them. Adding to the problems is the drug trade, which flourishes in the suburbs and brings those men more income than if they went to work

As the former ambassador to Paris pointed, radical Islam is being brought from outside to France — and Western Europe in general — by imams.

“They often arrive to spread the political ideology of Islamism. None of the countries they come from is a democracy, on the contrary. They are all authoritarian conservative regimes, sometimes even theocracies, where religion stands above the state. And they bring to France ideas completely different from those for which the country stands. They do not recognize the equality of women, the secular state, and they want to enforce Islamic law. The ideas of democracy are foreign to them,” he added.

Janyška then warned against “the imams who are trying to draw the young generation into a false identity.”

As an example, he cited a young Chechen who murdered a history professor Samuel Paty. The attacker came to France as a child with his parents, fleeing the war in Chechnya at the time. France granted them asylum and very likely saved their lives.

“And someone brainwashed the young man to such an extent that he wanted to fight and kill in the name of Islam,” Janyška said, adding that the Chechen had been looking for a target for a long time, thus, anyone could have become his victim.

“Young men like him live in an atmosphere of religious-ideological fanaticism, and external influences, including the imams, play a big role in that,” he explained.

France is a secular state where religion is a private matter that does not belong to politics, state structures, or schools, Janyška pointed out.

“If you have a statue of Buddha or the Virgin Mary at home, it’s your business. But Islamism is incompatible with this concept because it has political ambitions, it operates as a tool of political manipulation,” Janyška believes.

“It is no coincidence that the murderer who killed in the cathedral of Nice came from abroad and was not a French citizen. He was sent there, perhaps as a message. Islamism is interested in undermining France as a country of democracy from within, and causing chaos there,” concluded Janyška.

Title image: Supporters of religious group burn a representation of a French flag during a rally against French President Emmanuel Macron and republishing of caricatures of the Prophet Muhammad they deem blasphemous, in Karachi, Pakistan, Friday, Oct. 30, 2020. Muslims have been calling for both protests and a boycott of French goods in response to France’s stance on caricatures of Islam’s most revered prophet. (AP Photo/Fareed Khan)