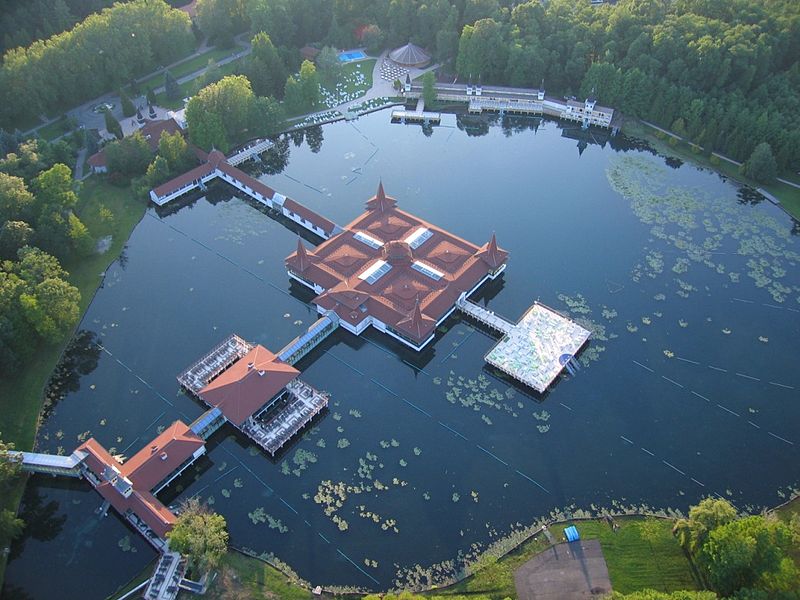 The small western Hungarian thermal spa town of Hévíz has posted a major victory relative to its size in the European Best Destinations 2020 contest, coming in 12th just behind Rome and ahead of Cork, Ireland.

“It’s probably the only spa destination where you can swim among white, pink and purple lilies, enjoy relaxing thermal mud massages on a pavilion floating on the lake; try canoeing in the steamy warm water of the Hévíz stream or have a winter swim in the 24°C thermal lake whilst big snowflakes fall around you” the contest’s website said in its praise.

The small town of Hévíz (“Hot water” in English), is just a stone’s throw away from the also popular Hungarian Lake Balaton, which is Europe’s largest thermal lake that claims to have healing properties.

The town itself only has a population of 4,635, but the bath received 600,000 votes, placing it ahead of both Prague and Madrid. The thermal lake was first mentioned in an 1328 document as “the lake of those with gout” on account of its healing properties for rheumatic diseases and inflammations.

In a contest announced by EDEN, a European Union project promoting sustainable tourism development models, Hévíz also won the title of European capital of well-being for 2020.

The finishes for this year’s European Best Destinations Contest, include a first place finish for Colmar, France; second to Athens, Greece; and third for Tbilisi, Georgia.