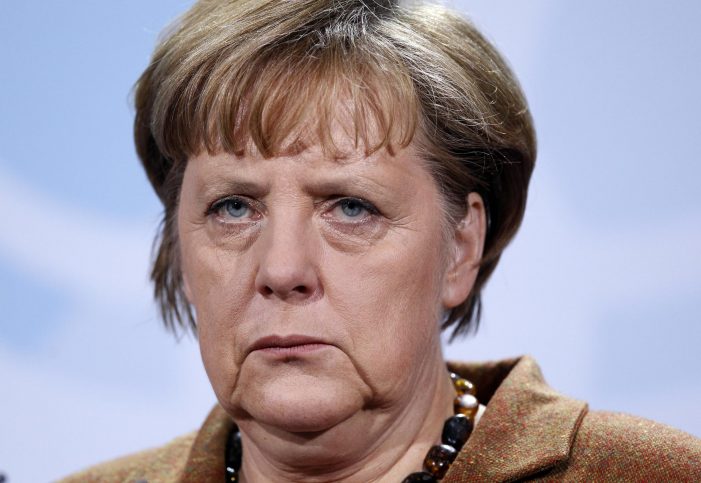 Chancellor Angela Merkel’s embattled Christian-Democrats (CDU) suffered its worst loss ever in the left-leaning German city of Hamburg, sliding to third place behind the Greens during Sunday’s election.

According to a tally of regional public-service broadcasters ARD, the Social-Democrats (SPD) remained the strongest party in Hamburg with a 39.1 percent share of the votes, despite losing 8 percentage points.

Merkel’s CDU only garnered 11.2 percent of the vote, representing a drop of 4.7 percentage points from the last election. CDU conceded second place in the city to the Greens, who seem to have grabbed the combined losses of the aforementioned two parties, almost doubling their share of the vote to 24.2 percent in the city-state.

The CDU’s losses indicate that the recent resignation from the party presidency of Merkel’s protégée, Annegret Kremp-Karrenbauer (nicknamed AKK), only plunged the party into a deeper crisis. She was pressured into resigning after a scandal in the eastern state of Thuringia had damaged the party.

The CDU there caused consternation by voting with the far-right Alternative for Germany (AfD) to elect a regional leader, a move Merkel described as “unforgivable” and against the CDU’s values.

The AfD managed to remain in parliament by scoring 5.3 percent of the vote, which is just above the bare minimum of 5 percent they needed to stay in government.

CDU general secretary Paul Ziemiak said it was a “bitter day” for the party.

The Hansa city is one of the SPD’s staunchest strongholds in Germany, having been under Social-Democrat leadership for the most part since the end of World War II except for four years in the 1950s and the first decade of the 2000s.

During the latter period it was led by a Black-Green coalition of the CDU and the Green Party.

Analysts point out that the Green Party’s major victory could have been facilitated by climate activist Greta Thunberg who attended a rally there on Friday. The party has also been extremely pro-migrant, even advocating that Germany accept 150 million “climate refugees” over the coming years.

Despite its losses, the SPD, Merkel’s coalition partners at the federal level, will likely remain in power with the Greens, meaning that 54-year-old physician Peter Tschentscher will in the mayor’s seat he won in 2018, after his predecessor, Olaf Scholz left state politics to become federal minister of finance and vice chancellor of Germany in the fourth Merkel-government.