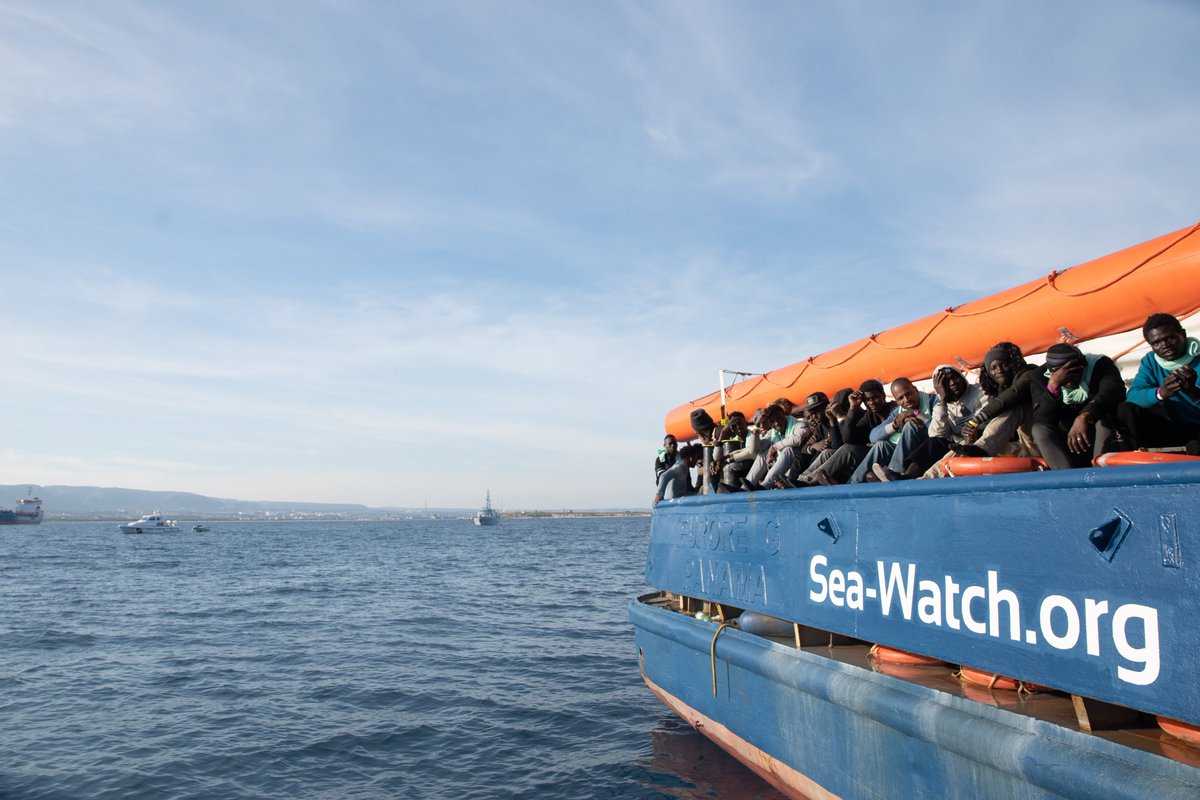 A new ship, financially backed by the Protestant Church in Germany (EKD), will start rescuing migrants in the Mediterranean trying to reach to Europe, raising fears that the vessel may be used to aid illegal immigrants entering Europe.

The “Sea-Watch 4” ship has been inaugurated by the United4Rescue initiative, which is led by the German Protestants and supported by another 400 organizations. The 45-year-old ship, previously used as a research vessel, should start its first mission this April.

At the ceremony, the chairman of the Protestant Church in Germany (EKD), Heinrich Bedford-Strohm, said European leaders should do more for migrants.

“One does not let any single human drown, end of the discussion,” urged Bedford-Strohm.

A number of European countries have expressed their opposition to the activities of Sea-Watch and other similar organizations. Italy’s previous interior minister, Matteo Salvini, implemented the policy of refusing to allow migrants to dock in Italy’s ports, causing a stand-off that left many ships stranded until other European states said they would accept the migrants.

“Sea Watch does trafficking in human beings and doesn’t care about the rules,” said Salvini, saying that he would never allow the ship to land in Italy with migrants.

Sea-Watch’s captain was then arrested last year in Italy after she illegally docked in an Italian port with illegal migrants. The prosecutor questioned her over her activities, saying she aided illegal immigrants reach Europe. The 31-year-old German captain, Carola Rackete, was released three days later.

Is the German Church encouraging illegal migration to Europe?

The United4Rescue has also launched a crowdfunding campaign #WirschickeneinSchiff, or “We send a ship”, to finance the rescue of migrants in the Mediterranean.

As the Protestant Church in Germany handed over the ship to the German NGO Sea-Watch, the organization will now operate the ship, along with its other vessel Sea-Watch 3. However, the new ship is bigger than the Sea-Watch 3, as its standard capacity reaches 300 people but can accommodate up to 900 people in the case of an emergency.

The crew will consist of about 26 volunteers and Sea-Watch employees, which will set to sail on four-week missions.

The ship will make its first voyage in just a few days as it will sail from Kiel to Burriana, a port in eastern Spain. After further renovations are done on the ship in Burriana, the vessel will, according to several media sources, offer a “safe” area with 24 beds for women and children.

The crew of the boat should be able to treat typical syndromes that migrants often suffer from, such as dehydration, bruising and burns from petrol which happens when migrants travel on boats unsuitable for sea travel, however, the medical staff will not be able to handle severe medical emergencies.

Critics say that the rescue boats paradoxically lead to more migrant deaths, with many more migrants encouraged to make the voyage with the belief that they have a chance of being rescued should their boat sink.

The Visegrad Four countries of Hungary, Poland, Slovakia, and the Czech Republic have lobbied to provide aid to countries that serve as the source for migration instead of accepting more migrants into Europe.