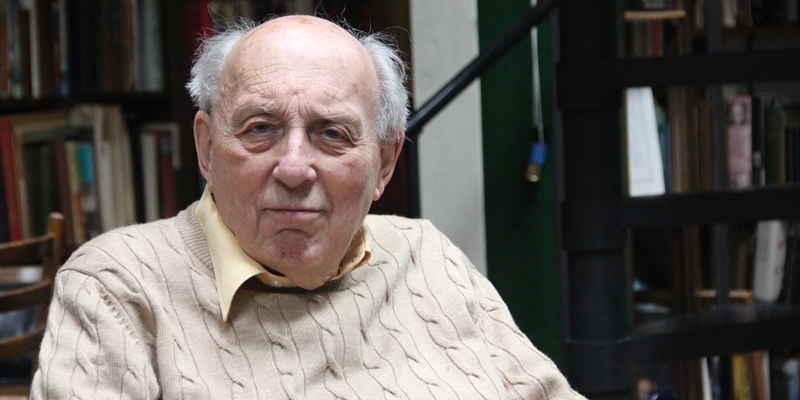 “I think a lot about my homeland. God bless the country and its people,” Lukacs told Mandiner in a short telephone interview from his Phoenixville, Pennsylvania home.

Born János Albert Lukács in Budapest in 1924 to a Roman Catholic father and a Jewish mother, he studied history at the University of Budapest.

During the war, he served in a Hungarian labor battalion for Jews but evaded deportation to the death camps and survived the siege of Budapest. After the war, he worked as the Secretary of the Hungarian-American Society and fled to the United States in 1946 when it became clear that Hungary was going to be a repressive Communist regime.

Lukacs, who describes himself as a “reactionary”, wrote over 30 books, mainly dealing with WWII and American history, but also some works on the theory of history. He also considers himself a toquevillian and is a practicing Roman Catholic.

His oeuvre is in English but 22 of his books have also be translated into Hungarian.

“I have just turned 95 and I am not very fond that God is keeping me for so long,” Lukacs told Mandiner.