Lyudmyla Kozlovska’s photo with the Polish ambassador to Belgium Artur Orzechowski sparked controversy. The Polish embassy has begun an inquiry into why activists of compromised foundations were invited to the Christmas party. 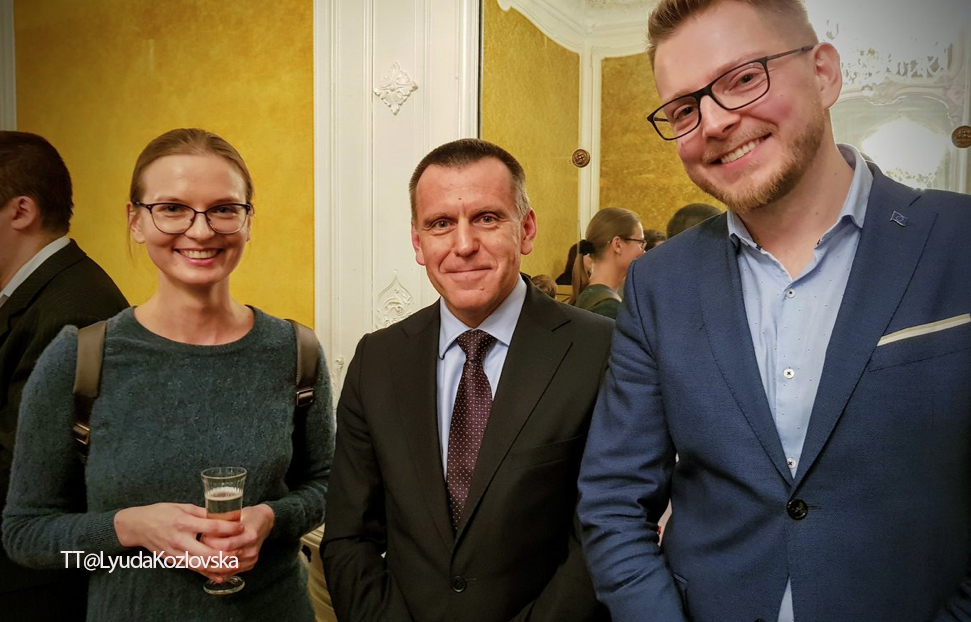 Both Kozlovska and Orzechowski were taking part in a Christmas party organized by the East Poland House. The organizers underlined that Kozlovska had not been invited, but was a plus one.

“It was nice to meet the Ambassador of Poland to Belgium Artur Orzechowski and sing carols with him. I join the Ambassador’s wishes, for Poland to be safe. I hope that without the threat that I supposedly create, Poland is a step closer to that safety. Merry Christmas, and to the Polish government as well!”

Internauts immediately voiced their outrage at Kozlovska, also by pointing out, that Carols should be sung during Christmas, which starts on the 24thof December in Poland. “Christmas is in two weeks. I think you’ve made a mistake,” wrote journalist Marcin Mamoń.

The embassy immediately emphasizes that the event was not organized by them, but by the East Poland House. The embassy also “seeks answers as to how activists of compromised non-government organizations, who use photos to falsely manipulate the image of a Polish diplomat, took part in the party?”

Kozlovska had been deported from the European Union to Kiev on August 14th 2018. This was due to an alert inserted by Polish authorities into the Schengen Information System (SIS). The reason was that Polish special services had “serious doubts” concerning the source of financing of Kozlovska’s foundation. Since then she has travelled several times to Brussels and Berlin on special visas issued by Belgium and Germany.