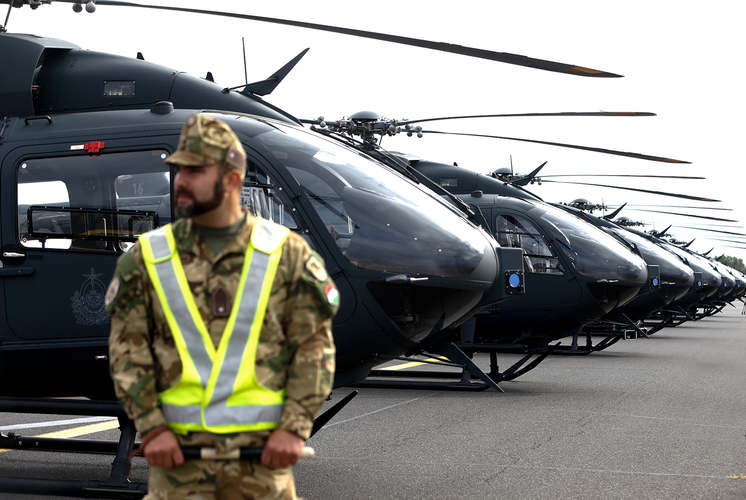 Full complement of 20 helicopters will be delivered by mid-2021

This will bring the number of the small rotary wing aircraft to 13,  with another three expected to be delivered by the end of the year, with the full complement expected to arrive by mid-2021.

Hungary took delivery of its first two H145M helicopters last November. The total of 20 helicopters will be delivered in different configurations, making them, depending on the model, capable of troop transport, medevac, search and rescue, ground troop fire support, reconnaissance, and day and night border patrol.

The H145M will replace the Hungarian Air Force’s 14 Soviet Mi-17 utility helicopters. The helicopters that will play a potential combat role will all have Airbus’ highest H-Force armament system.

The Airbus contract also includes a five-year logistics and training program, as well as building a helicopter parts factory in Gyula in southeastern Hungary.