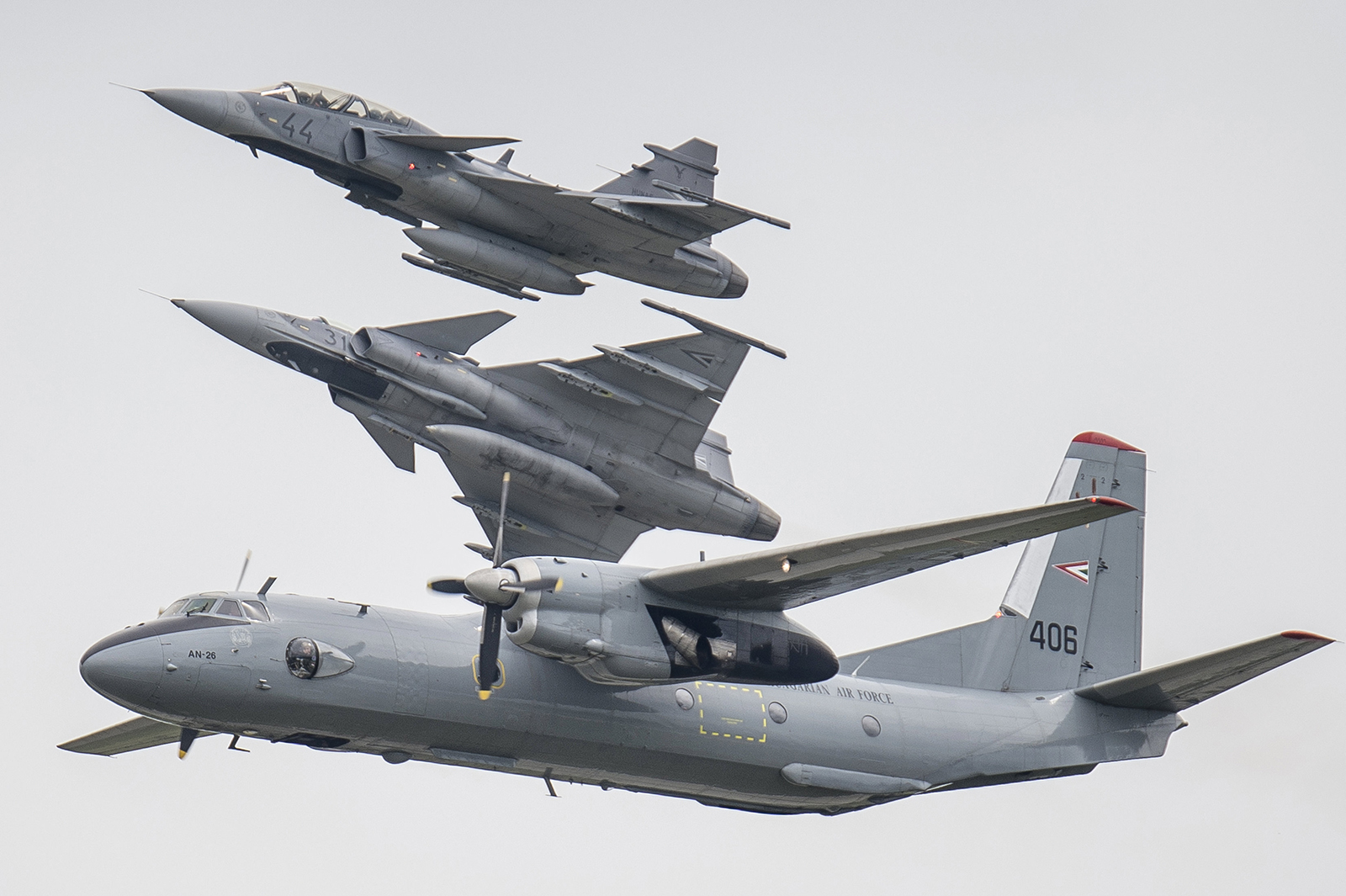 After 46 years of distinguished service, the Hungarian Air Force on Thursday officially retired its two Soviet-made An-26 transport aircraft, with Defense Minister Tibor Benkő acknowledging the emotional bond the airmen had with the long-serving technology.

“We all have feelings for these pieces of military technology, but we must progress with the times and say goodbye with raised heads,” Benkő said at the ceremony held at the Kecskemét Air Force Base in central Hungary.

The An-26, which has the NATO call sign “Curl”, is one of the most ubiquitous transport aircraft of the Cold War era. It was designed by the Antonov bureau and entered production in 1969. The plane rapidly became the main carrier of the Warsaw Pact air forces, with a total 1,403 produced until 1986.

The two An-26 planes of the Hungarian Air Force, with their distinctive gray livery, flew a total of 83,000 hours and covered over 30.99 million kilometers (19.26 million miles) and saw service in Iraq, Afghanistan, Kosovo and even the North Pole. The staff of the Kecskemét Transport unit affectionately called them “Ancsa” (Hungarian for Annie), but on account of their particularly loud turboprop engines, were also named “Roaring Mice”.

They have been replaced by two military versions of the Airbus A319 and two Dassault Falcon jets which the armed forces procured in 2018 as part of the country’s extensive military technology upgrade program.

In addition to these, three C-17 Globemaster III’s from the U.S. Air Force are also stationed at the Pápa Air Base in Hungary to support NATO’s Strategic Airlift Capability operations.