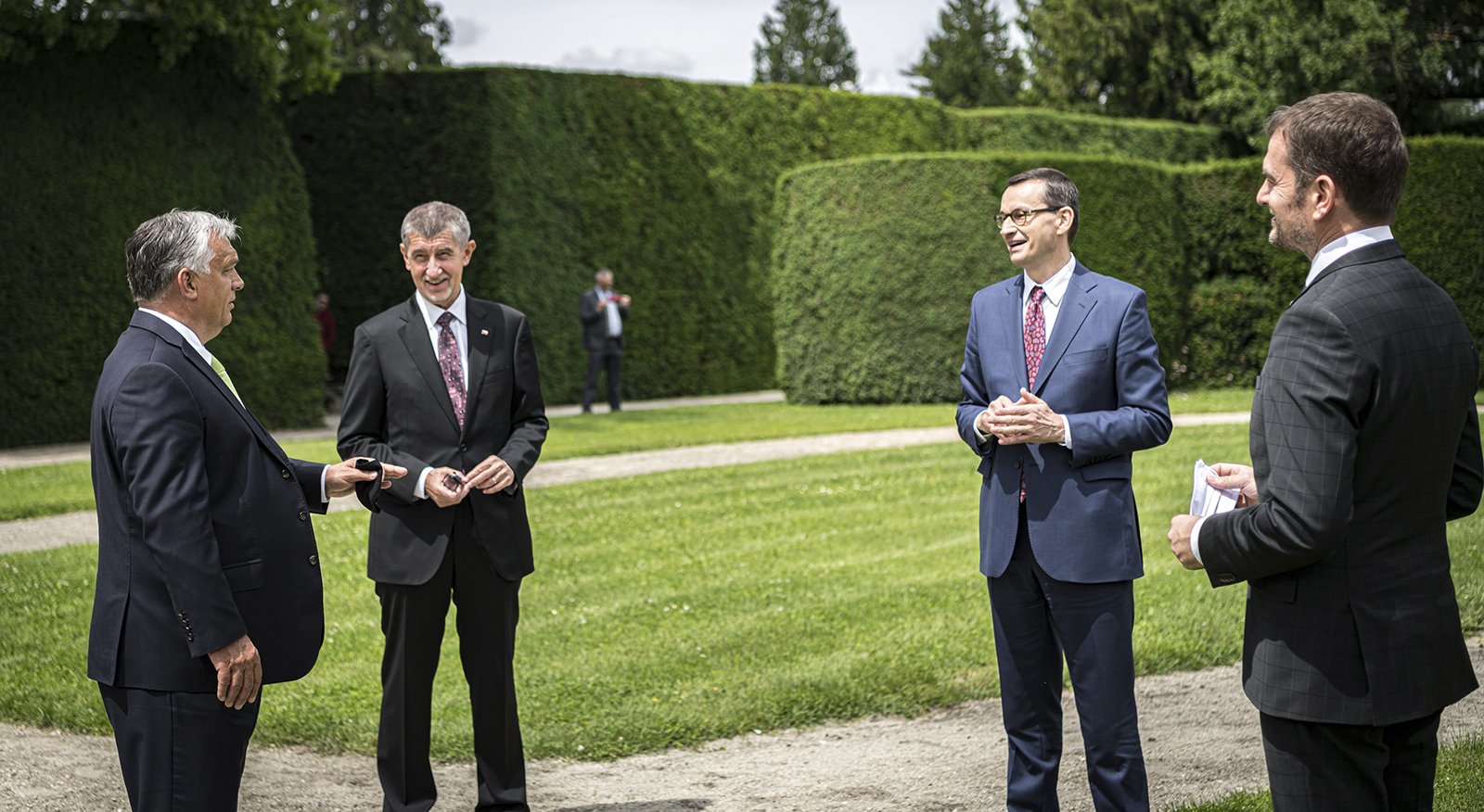 The European Union’s €750 billion coronavirus recovery fund in its current form is unfair in many ways and its “absurd elements must be removed”, Hungarian Prime Minister Viktor Orbán said on Thursday at a meeting of the Visegrád Four heads of government in Lednice, Czechia.

“It is a moral problem that overall the rich countries would receive more money than the poorer ones and this cannot remain as it is,” Orbán said, adding that while Hungary has a fundamentally positive approach to the plan, many adjustments are necessary.

European Commission President Ursula von der Leyen announced the recovery plan at the end of May, which would consist of €500 billion in grants and €250 billion in loans, with the EU using its AAA credit rating to raise the money through a loan which would be repaid over 30 years beginning in 2028, which would give countries a seven-year grace period.

Orbán mentioned as an example the fact that Portugal, similar to Hungary both in size and economic development, is slated to receive 30 percent more, which is “certainly not good”. He added, however, that once the “anomalies” have been removed, the plan could be supported.

A strong advocate of frugal spending policies, Orbán also expressed his doubts regarding the idea of raising the money through a loan, saying that it is far from the traditional thinking of the Hungarian people.

“The money has to be earned first and spent afterwards,” Orbán said, adding that those who would “first take up a loan and earn the money afterwards” should carry associated risks for themselves.

He said, however, that he understood why the EU was employing a different approach and there was different thinking behind it to stem the crisis, acknowledging that extraordinary circumstances require extraordinary solutions.

Other Central European leaders have also expressed doubts about the size of the financial package and the fact that it will take out enormous loans which will be guaranteed by all EU countries.

“The Commission proposes to increase the budget by €750 billion and that is simply too much. It is almost three-quarters of the current seven-year budget. We do not know exactly what the repayment schedule will be, just that the amount should be repaid by all member states in 30 years after 2027. The total amount of the budget proposed by the Commission is, in my opinion, too large,” Czech Prime Minister Andrej Babiš said last month.

Under the plan, countries like Spain and Italy that have been hit the hardest by coronavirus crisis would receive the most funding, but Babiš argued that these countries were not financially sound even before the crisis, already featured high unemployment, and had unsustainable debt loads mainly due to mismanagement from their governments. He argues that poorly-run countries should not be rewarded at the expense of those who have controlled their budgets.

Hungary expects its economy to stagnate this year as a result of the coronavirus pandemic, but the 2021 budget currently being debated in parliament foresees a 4.8 percent economic growth next year – with analysts even more optimistic – and a 2.9 percent budget deficit with a small increase in unemployment and inflation around 3.5 percent.