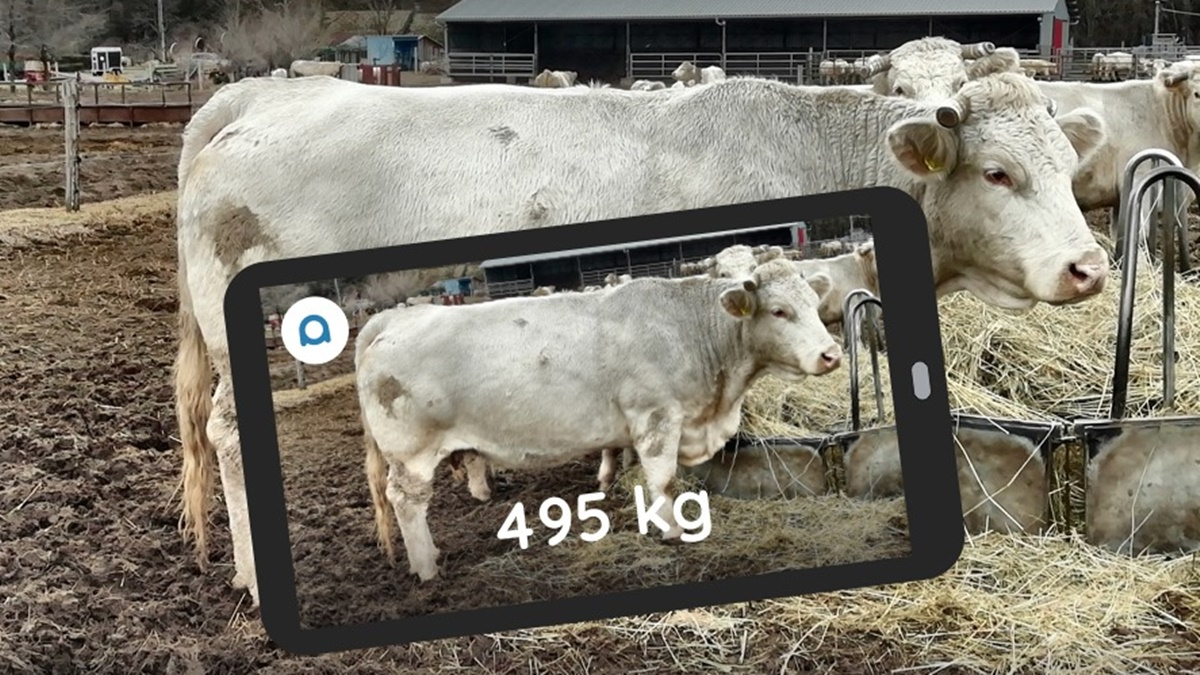 A new Hungarian app makes weighing cattle easy for farmers, helping them save time, money, and keep animal stress to a minimum.

Tracking the weight of cattle is important for farmers because it gives farmers both an accurate measure of their development and allows them to adjust feeding accordingly. But corralling them every day to a scale is both impractical, prone to accidents and stressful to the animals.

Hungarian software firm AgroNinja has developed a smartphone application that solves this problem. The user simply has to take a picture of the cow and offers a few additional data points, resulting in a pretty accurate measurement.

In order to do that, the farmer needs the paid app, a smartphone, and a small piece of hardware provided by the vendor to attach to the phone.

“Once you have these, you take a picture of the animal, match it with a silhouette, input the animal’s age and gender, and our algorithm will give a weight measurement that is 95% accurate,” AgroNinja sales director Gergely Boromisza told Magyar Hírlap.

He said that while farmers are strong traditionalists and reluctant to use modern technologies, the benefits of the system are obvious even to them.

He added that their application is a unique piece of software, unlike many Hungarian software firms who make local versions of software.  According to him, these versions are often just “copycats” of a piece of software already available elsewhere in the world.

Given the small size of the Hungarian market, with its population of just under 10 million, AgroNinja is primarily targeting the international market.

As to whether they are working on a similar application to weigh people, he said they are not.

“With proper research and an adequate database, it would certainly be feasible. But the question is whether it would have any benefits compared to a scale. Just because something is possible, it doesn’t mean it is also needed,” said Boromisza.