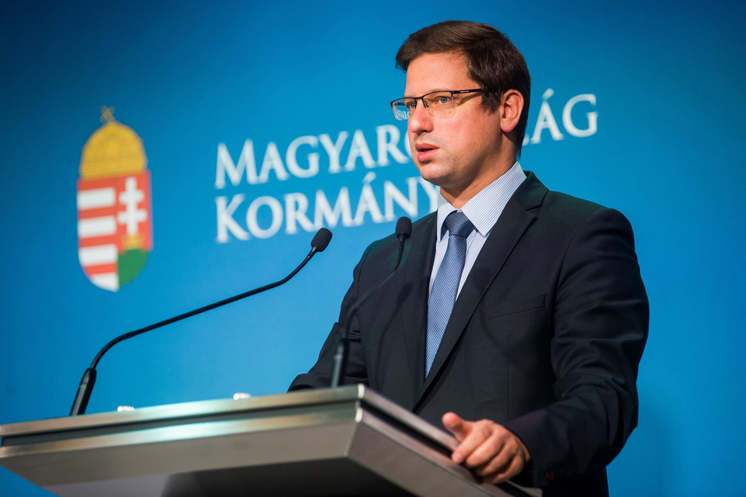 By the end of the year, Hungary’s economic performance may reach pre-epidemic levels, and next year’s budget will serve further dynamic economic growth, Cabinet Minister Gergely Gulyás said at the weekly government press briefing. He pointed out that job creation remains one of the most important goals, and reducing the tax burden on businesses and supporting families and pensioners is a priority. According to the politician, bilateral agreements will ensure that vaccinated people can travel abroad in the summer.

“By the end of this year, we can climb back economically to where we were before the epidemic. The government plans 5.2 percent economic growth this year, and the most important goal of the 2022 budget is further dynamic economic growth,” Gulyás said. He added that the reduction of public debt is also secured in the next period. According to an announcement from the Hungarian Ministry of Finance, a deficit target of 5.9 percent and public debt of 79.3 percent are expected.

“While the public debt of eurozone countries is over 98 percent, Hungary has been able to remain operational and there will be an opportunity to reduce public debt,” he said, adding that family and pension benefits will continue, pensioners will receive an extra half-month pension early next year, and the goal remains to reduce the employer’s tax burden and fuel job creation, as well as tax exemptions for those under 25.

There is a 7,300 billion forint (€20.36 billion) restart fund available to achieve these goals, Gulyás said. He recalled that the gratuity system, the worst problem in healthcare, has been eliminated, wages have been increased, and in 11 years, spending on health care had almost doubled, so the increase was 100 percent.

Gulyás also said that thanks to the vaccinations, the third wave of the epidemic has been broken.

“This allowed the restart to continue and services to be used again. Hungary was the first in Europe to regain its freedom, which is not yet complete, but he who inoculates himself may regain his life close to the usual,” he said.

Gulyás pointed out that there is a debate across Europe about where to distinguish between vaccinated and non-vaccinated citizens, adding that Hungary is in an advantageous position in this debate with more than half a million people expressing their views on the issue during the internet consultation.

“People have decided that those who have a certificate of protection can benefit (from relaxed measures). This is the basis of the defense strategist today,” he said, but warned that the epidemiological restrictions for the unprotected will certainly last until August, which will apply to concerts, hotels, entertainment venues, festivals, as well as restaurants and sports events.

“Hungary is striving to be able to conclude bilateral agreements with as many countries as possible so that everyone can go on holiday to these countries, regardless of the type of vaccine they receive,” the minister said, adding that the southern states had already made it clear that everyone would be admitted during the summer months. In his words, this could help keep people from waiting for Western vaccines for fear of the possibility of traveling.