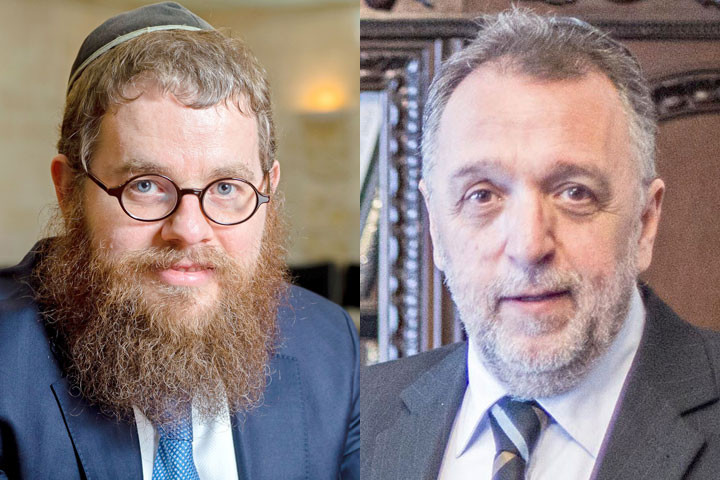 Although the flourishing religious activity of Hungary’s Jewish population after the 1989 regime change has mainly had beneficial effects, it is not without its problems: no less than five Jewish organizations are now squabbling over a decades-old state restitution program.

The dispute, which began between three organizations of the Hungarian Jewish community, goes all the way back to an 1991 restitution law, in which the Hungarian state granted Jewish organizations reparations for 153 properties confiscated by the country during the Holocaust from Jews who have no legal heirs.

One smaller Orthodox Hungarian organization, MAOIH, claims that it owns 40 percent of the properties in question, while the largest umbrella group of Hungarian Jews, the Neolog Mazsihisz, only transferred five percent to them; thus, Mazsihisz owes MAOIH $33 million. This claim is also supported by another Orthodox Hungarian group, EMIH, affiliated with the Chabad-Lubavitch movement.

According to Magyar Hírlap, Mazsihizs – in a departure from its original reluctance to negotiate – finally sat down last week with representatives of the four other groups, MAOIH, EMIH, and the progressive groups Beth Orim and Sim Salom. Though the parties involved said after the first meeting that their positions are still far apart, discussions will continue in the first half of July.

Slomó Köves, the leading rabbi of the EMIH, would consider it right to place the method of distributing the perpetual annuity to support the religious life of all Hungarian Jews on a theoretical basis, which is based on objective indicators, and not on an ad hoc basis – by current political power relations. He considers the distribution set out in the 2012 agreement to be unfair.
Róbert Deutsch, President of the MAOIH, also stressed unfairness, non-compliance with historical traditions, and unfair distribution rates. The president of the MAOIH sees an opportunity to reach an agreement, but at the same time he emphasized that the precarious financial situation of Hungarian Jewish orthodoxy is the result of many years of unjust division, which must be corrected in some way. According to him, it is a common responsibility and at the same time a common Jewish interest that the historical heritage of the oldest Hungarian Israeli community, which suffered the greatest martyrdom during the peak of the emergency, should not be a victim of strife and scarcity.
At the time of the 1991 restitution, Mazsihisz was the only organization of Hungarian Jews–all others were established later. The number of Jews in Hungary is still a largely subject to debate, as it changes significantly depending on the definition. A 2018 study concluded that there are around 50,000 to 60,000 people in Hungary whose both parents are Jewish and around 120,000 with one Jewish parent.