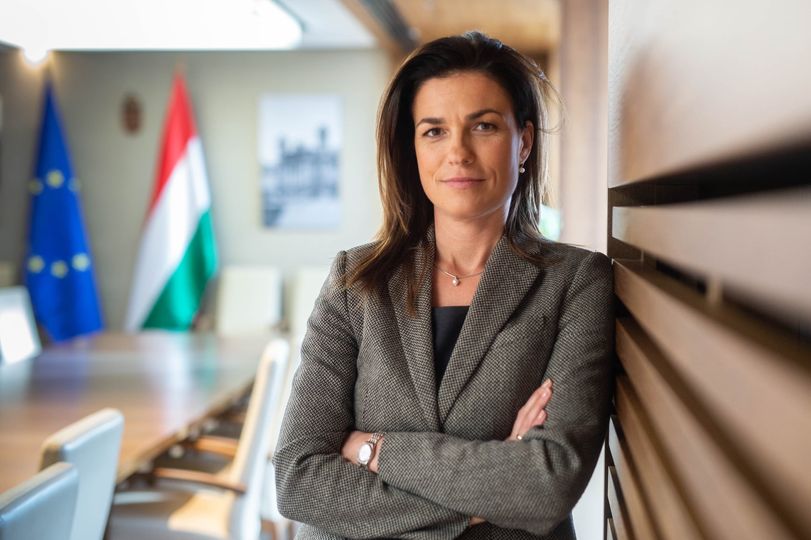 Hungary has every right to defend its territory from “crowds of migrants overrunning Europe, Justice Minister Judit Varga said in response to international — mainly German — media allegations that it is illegally sending migrants back to Serbia.

“There is news circulating in the German media, according to which Hungary, contrary to the ruling of the CJEU (Court of Justice of the European Union), is pushing migrants back to Serbia,” Varga wrote in a Facebook post.

As we reported earlier, Frontex is suspending its activities in Hungary. The decision came after claims that Hungary was refusing to implement the European Court of Justice’s ruling of Dec. 17, which declared, among other things, that Hungary was illegally forcing migrants back into Serbia.

“We already knew that German media does not cover Hungary in a balanced way, but, in the name of the freedom of the press, we were hoping to be asked for our reaction and to have it published. Our requests, however, were not even answered by the media,” Varga wrote. She then proceeded to enumerate the facts:

“Hungary has so far fulfilled and complied with all rulings,” she wrote. “Ironically, while European countries are fighting and closing their borders to protect their own citizens against a thus-far unknown pandemic, they expect Hungary to idly let crowds of migrants overrun Europe.”

Varga also pointed out that by international standards, Serbia is a safe country, meaning that illegal entrants to Hungary sent back there are in no danger whatsoever.

“Serbia is not simply a safe country but an EU-candidate, with which we are conducting talks for full membership. In these hard times, when people’s lives are at stake, objective and unbiased reports are especially needed,” Varga wrote, concludng her post with: “Our goal is to protect our country.”