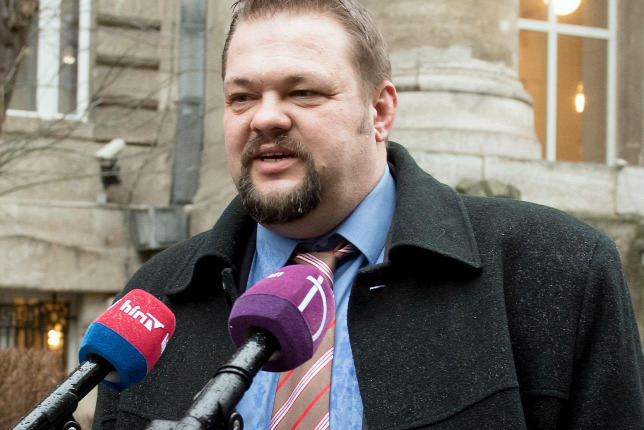 Hungarian MEPs are urging their colleagues in the European Parliament to denounce a decision by Hungary’s left-wing opposition parties to put forward a joint candidate from the far-right Jobbik party with a history of anti-Semitic and anti-Roma remarks for an Oct. 11 by-election.

In a letter sent to the parliamentary groups Renew Europe and S&D, Hungarian MEP Tamás Deutsch and József Szájer point to the “alarming move” by Hungarian opposition parties to field a candidate who has made such offensive remarks.

“Seven opposition parties, including the Hungarian Socialist Party and Democratic Coalition, both affiliates of S&D, as well as Renew Europe member Momentum, have chosen Mr. László Bíró, a member of the far-right Jobbik party, as their joint candidate,” the letter reads.

“Mr. Bíró has made several racist, xenophobic, anti-Semitic and anti-Roma comments on social media,” Deutsch and Szájer write. “For example, among these, he has referred to Budapest as ‘Judapest’ and on another occasion complained that there were too many foreign Jews among the guests at spa hotels in his constituency.”

In other comments on social media, Bíró also wrote, “My dog gets crazy when those with the lousy ‘sideburns’ pass by the house,” referring to the Polish, Russian and Israeli Hasidic Jewish tourists who partake in the tradition of growing sideburns into a Payot.

In yet another comment, he wrote that “the country must be protected not only from the Hassan but also from the Sztojka,” a reference to a common Roma family name.

In July of this year, Ferenc Koncz, a Fidesz MP for the Tiszaújváros-Szerencs constituency, passed away, resulting in by-election being called for Oct. 11. Bíró is now a joint candidate on the opposition ticket to take his place.

Hungary’s left-wing opposition had already entered an alliance with the far-right Jobbik in a bid to unseat Hungarian Prime Minister Viktor Orbán’s ruling Fidesz party from power before this upcoming election, but the opposition’s decision to nominate Bíró as their joint candidate in a bid to defeat Fidesz is being portrayed as a cynical and desperate move to win at any cost.

“Several prominent, Hungarian public figures and leaders of ethnic minority groups have raised their voices in protest against such an unprincipled decision. Unfortunately, however, your member parties seem to be intransigent,” reads the letter. “In our view, the support of an openly racist and xenophobic candidate legitimizes hate speech and fuels racism and anti-Semitism in public discourse.”

“That this electoral coalition of opposition parties – parties that call themselves democratic – includes the extremist Jobbik party is incompatible with democratic principles and European values. Although opposition parties claim that Jobbik has left extremism behind, the case of Mr. Bíró illustrates very well that Jobbik’s extremism has not been rooted out of the party.”

The Fidesz MEPs also point to the double-standard being put on display by fielding a candidate like Bíró.

“Had a conservative party anywhere in Central or Eastern Europe even considered the nomination of such a candidate, S&D and Renew Europe would be the most vocal critics, decrying the end of European values. Why do they remain silent now?” the MEPs asked in the letter.