Hungarian officials push back on claims of surveillance

Ministers: Hungary has not and does not carry out illegal surveillance. Secret service decisions are not based on political interests 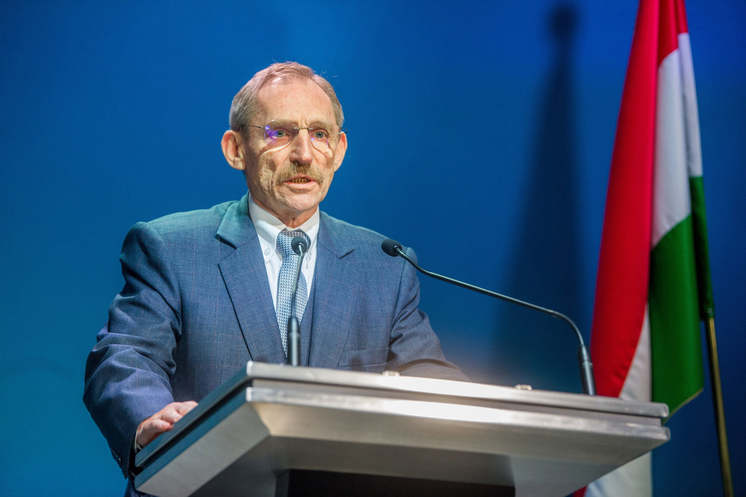 All three Hungarian ministers in charge of overseeing the country’s legal system and secret services have denied allegations that the country did use or would have used the Pegasus spyware of Israeli company NSO Group to spy on civilians.

Answering an opposition question in Parliament, Minister of Interior Sándor, pictured above, in charge of overseeing the country’s domestic intelligence services said that since the current conservative government took office, there has been no illegal surveillance in the country.

“I declare that since May 29, 2010, the Hungarian national security services have not carried out and will not carry out illegal surveillance. My statement is supported by the results of the inspections carried out. I am ready to answer your specific questions in a closed session of the National Security Committee of the Parliament,” Pintér said in response to a question by opposition Socialist MP Attila Mesterházy.

“Hungary is a democratic state governed by the rule of law, and as such, it has always acted and acted in accordance with the legislation in force for all persons. In Hungary, state bodies authorized to use concealed devices are regularly inspected by governmental and non-governmental institutions,” he added.

The date mentioned (May 29) was the day when conservative Fidesz party, led by Viktor Orbán, took over governing in 2010 after winning a two-thirds majority in legislation, which it has maintained through the two subsequent elections.

In Hungary, secret services are under the supervision of the Ministry of Interior, with the exception of the foreign intelligence service Információs Hivatal (IH), overseen by the Ministry of Foreign Affairs and Trade. The Ministry’s head, Péter Szijjártó, said on Monday that after meeting with the IH board, he can state that his ministry and the services under his authority “had no cooperation regarding the mentioned software with the Israeli or any other secret services.”

Justice Minister Judit Varga, who oversees the country’s legal system, also denied any alleged political use of the mentioned spyware.

“In Hungary, as in all orderly constitutional rule of law, secret service activities are separated from politics. Secret service decisions are made on a professional basis, not based on political interests,” Varga said.