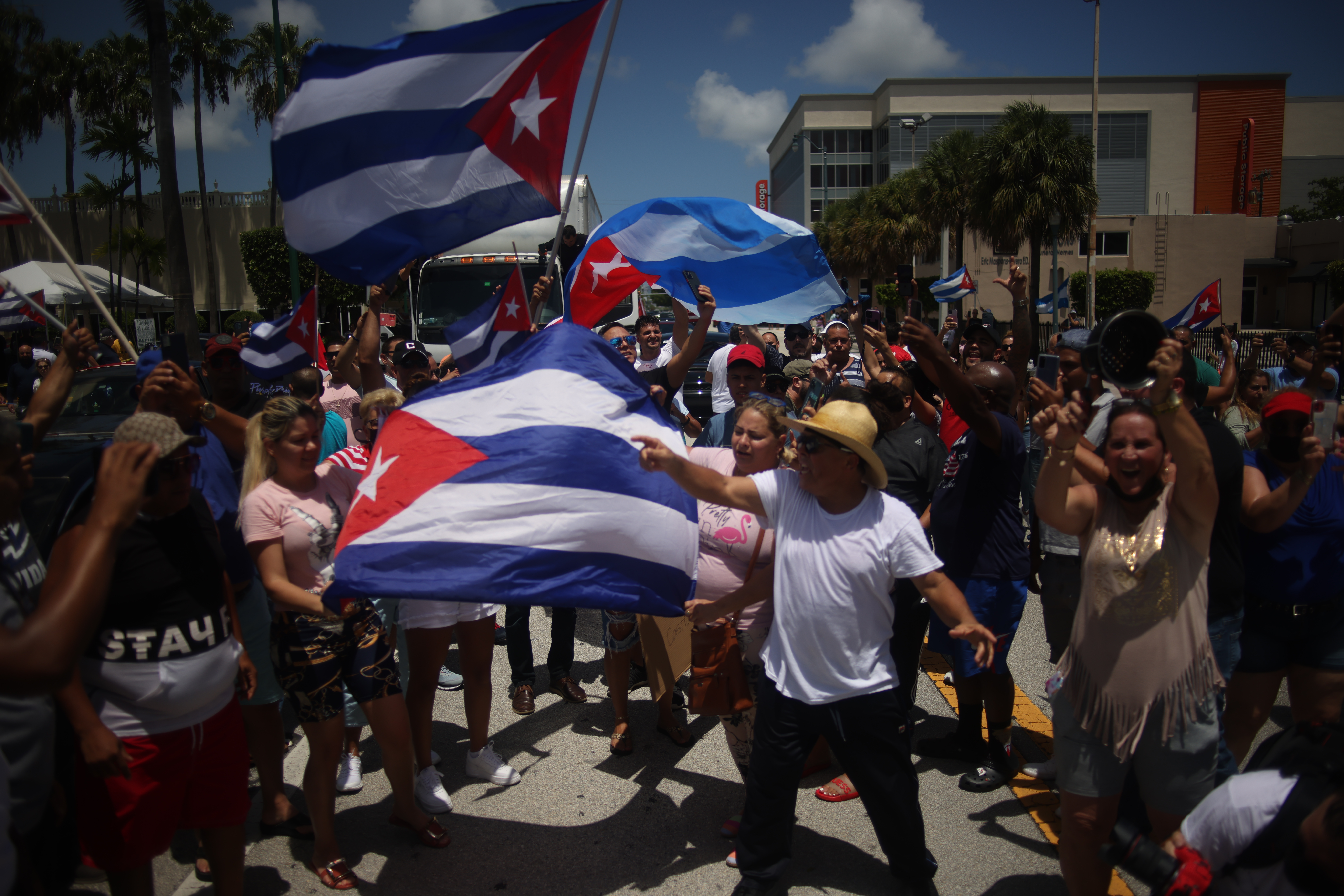 Spain’s national-conservative Vox party has called on the country’s ruling left-wing coalition government to condemn Cuba’s communist dictatorship in the wake of the largest protests to hit the Latin American country since Fidel Castro seized power more than sixty years ago.

The Vox Parliamentary Group last week submitted a motion which urged Spain’s left-wing government, led by Prime Minister Pedro Sánchez, to make a “public and resounding denunciation of the repression of peaceful demonstrations, the limitations of freedom of expression, and the violation of human rights in Cuba,” Spanish newspaper La Gaceta reports.

Vox MP and parliamentary spokesman Iván Espinosa de los Monteros expressed his support for the Cuban people, adding that his party would like to see “the implementation of the necessary diplomatic steps to prevent the repression of the Cuban people and the violation of human rights by the government of the island.”

“From here, Congress, we send a message of encouragement and support to all the Cuban people. They have us by their side. We denounce the wave of terror and blood. Twenty journalists have been arrested. We demand their immediate release and that of all Cubans who remain incarcerated as political prisoners,” Espinosa de los Monteros said.

The populist MP also demanded that a “humanitarian corridor be opened so that aid can be sent directly to the Cuban people”, without having to pass through “the hands of the regime” in order to prevent financial aid from being used for “corruption” and as a means to “repress the Cuban people”.

“The Castro regime has to understand that Spain, the European Union, and the entire West expect a peaceful and democratic transition towards a regime of freedom that allows Cubans to decide their own future,” he added.

According to a report from El Mundo, the center-right establishment People’s Party (PP) has also slammed the government for “pardoning” Cuba’s communist regime by failing to expressly condemn the actions it’s taken against demonstrators.

Pablo Casado, the leader of the People’s Party, noted that his party would bring the Cuba matter before the European Parliament and call for a pronouncement “so that the freedom of the peaceful demonstrators in Cuba is respected and the harassment of peaceful Venezuelan dissidents ceases.”

In November of 2020, Vox leader Santiago Abascal, along with Italy’s national-conservative Brothers of Italy (Fdl) leader Giorgia Meloni, joined more than 70 signatories of the anti-communist “Madrid Charter”, a document that spotlights the role Cuba’s communist regime plays in undermining freedom, democracy, and the rule of law in the “Iberosphere”.

“The region is kidnapped by communist-inspired totalitarian regimes, supported by drug trafficking and third-party countries. All of them, under the umbrella of the Cuban regime and initiatives such as the São Paulo Forum and the Puebla Group, infiltrate the centers of power to impose their ideological agenda,” the charter states.

As of last week, authorities in Cuba had arrested some 500 protesters, activists, and dissidents who were among the thousands who took to the streets in more than 50 towns and cities.