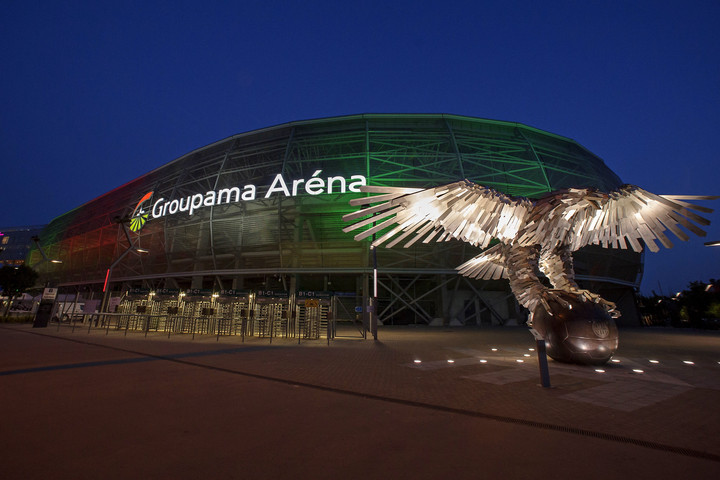 Although a last-minute decision of the sport’s governing body, the UEFA, prevented Munich’s Allianz Arena from being clad in the colors of the rainbow, the issue remained evident both in Munich — where the Hungarian national team faced Germany in a make-or-break match on Wednesday — and all around Hungary, where stadiums across the country sported the Hungarian tricolor during the match.

Despite the UEFA ban, several other buildings in the Bavarian capital sported the colors of the rainbow, and there were several reports of German police harassing Hungarian supporters arriving there for the game.

“The time has come when Hungarians were no longer afraid. I am proud of you!” Hungarian Prime Minister wrote in a Facebook post, accompanied by a photo montage showing the illuminated stadiums all around the country.

Although originally scheduled to attend Hungary’s vital football match with Germany, Orbán was not in Munich, but instead dined in Brussels with Giorgia Meloni, president of the Italian far-right Brothers of Italy (FdI) party. While German newspapers claimed his schedule change was a protest against the rainbow colors displayed across the city, Orbán did not say anything about it and give a reason for the change in schedule.

The Hungarian national team needed a victory to get past the Euro 2020 “death group” consisting of it, Portugal, France and Germany. In the away match in Munich, the Hungarians put up a valiant fight, leading 2-1 until the 84th minute, when German midfielder Leon Goretzka scored the tying goal, thus crushing Hungary’s hopes.