The business model of smuggling rings must be destroyed 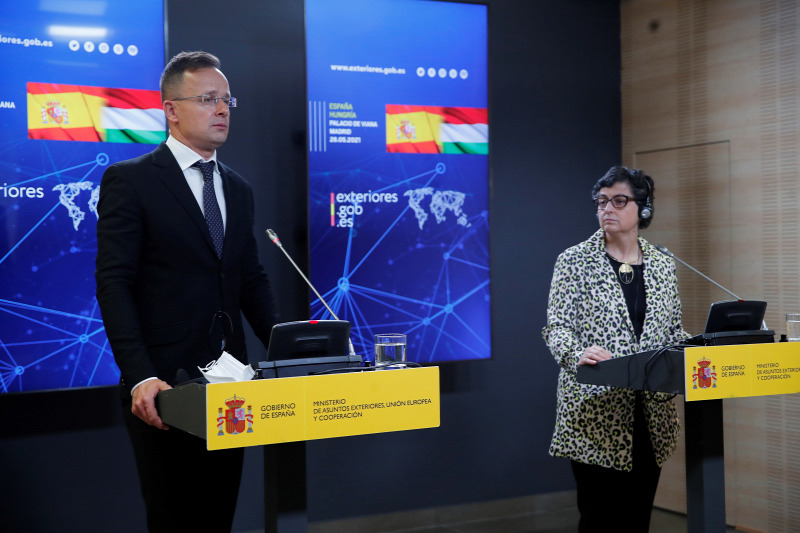 Cooperation between Hungary and Spain is strong in the fight against people-smuggling mafias, Hungarian Minister of Foreign Affairs and Trade Péter Szijjártó said at a press conference held in Madrid on Wednesday with his Spanish counterpart Arancha González Laya.

The Hungarian minister emphasized the agreement between the two countries on the protection of the European Union’s external borders and the need to help disadvantaged communities locally.

“We must not forget the long-term security threats that, if not properly addressed, will fall on us, such as illegal migration,” he said, adding that the business model of people-smuggling mafias should be permanently eradicated before it’s too late.

According to Szijjártó, Hungary’s position on the issue of migration is clear.

“We insist on our right to decide for ourselves who we admit to Hungary and who we do not, (…) that is why we do not accept any kind of mandatory introduction quota, we do not accept that Brussels determines who should be admitted,” he said, adding that only those who can do it properly can come to Europe.

He says that Hungary will continue to work closely with Spain during Hungary’s presidency of the Council of Europe.

Szijjártó also announced that Spanish will be also available as a first foreign language choice from fourth grade in Hungary beginning with the next school year. About a hundred primary and secondary schools already take part in the bilingual training, he added. He said that 370 Spanish students are studying at Hungarian universities and expressed hope that a Hungarian lecturer could start working at the University of Barcelona soon.

Spanish Foreign Minister Arancha Gonzalez Laya welcomed the fact that the Hungarian parliament approved the European Union recovery fund on Wednesday, so only the legislative bodies of three more countries will have to ratify the EU agreement. She was also pleased that Hungary is opening a new consulate in Málaga, which could encourage Hungarian tourism to Spain.