Hungary is target of rule of law attacks now but any nation could be next, warns Justice Minister Varga 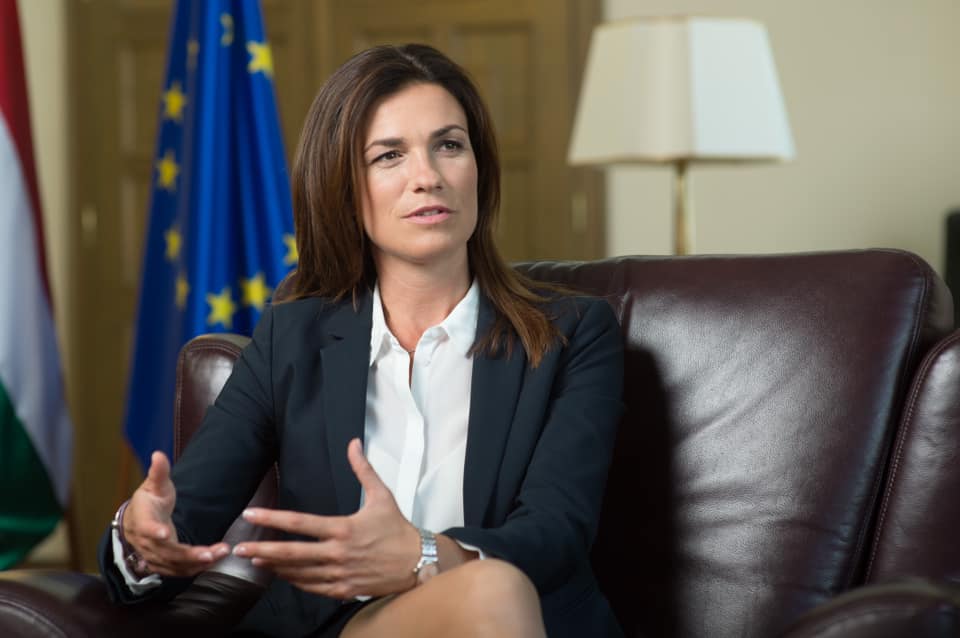 Hungary has been subjected to unjust accusations of disregarding the rule of law during the coronavirus pandemic, amounting to a coordinated attack on a European Union member state that could occur to any nation, Hungarian Justice Minister Judit Varga warned in an opinion piece on European news and information site Euractiv.

Despite the biased portrayal of Hungary during the coronavirus crisis by liberal media and politicians, the country is still ready to play a constructive role in much-needed European cooperation, Varga argued.

Hungary came under attack from left-wing politicians and liberal international media outlets in mid-March when Prime Minister Viktor Orbán’s government submitted a motion to parliament to grant it additional powers for the duration of the coronavirus pandemic. At the time, his government was accused of attempting to establish a permanent “dictatorship” and disregarding the rule of law.

While the emergency powers were still in place, legal experts of the European Commission determined that Hungary did not violate democratic rights and its measures were similar to those of other EU member states, including France and Romania. The government handed back its emergency powers to Parliament on June 16.

The Hungarian government is still incensed at the way the country was treated during the coronavirus crisis. Varga pointed to the fact that the emergency rule was approved by two-thirds of the Hungarian parliament and then reviewed by the Constitutional Court, the country’s highest court, which found that the law did not violate any aspect of the Hungarian constitution.

The Hungarian justice minister also highlighted in her opinion piece the success of Hungary’s emergency law, noting that the country has fared far better in terms of deaths and infections than many other Western countries.

“Measures taken under the state of danger were not only necessary, proportionate and successful but also temporary, as they were always intended to be – a truth that will prevail no matter how many times it is denied by those who seek to push their own political agenda,” wrote Varga.

Varga noted that criticisms lobbed at Hungary over rule of law during the coronavirus crisis underline the threat countries face from arbitrary standards imposed from political actors in the EU.

Many European politicians did not wait for any EU legal experts to examine the law, with a number of them calling for Hungary to be expelled from the EU and European People’s Party (EPP) President Donald Tusk even saying Nazi legal scholar Carl Schmitt would be “proud” of Hungarian Prime Minister Viktor Orbán while also calling for Orbán’s Fidesz party to be expelled from the EPP over Hungary’s emergency law.

In April, European Commission Vice President for Values and Transparency Věra Jourová said, “So far, Hungary has not adopted any such decree that would contradict European regulations” and later reaffirmed the EU’s position that Hungary’s emergency law is in line with European guidelines.

“If we had a genuine moment of truth, it would reveal how vulnerable the ‘rule of law’ toolbox of various international organisations is to political abuse,” Varga wrote. “In the absence of objective standards agreed upon by all EU Member States along with reliable and balanced sources of information and procedures that are transparent and fair to all, the rule of law mechanism currently in place will continue to be captured by particular political interests and be used as a bargaining chip in political horse-trading.”

The European Union is currently exploring the possibility of allowing the European Commission to tie rule of law issues to funding from the Union. In such a scenario, countries such as Hungary and Poland that have fallen in the crosshairs of much of the mainstream in Western Europe, could be punished. Hungary argues that pro-migration political forces are attempting to usurp conservative governments in Central Europe due to their opposition to mass migration, with many of the politicians aligned against Hungary backed by billionaire financier George Soros’s Open Society Foundation.

Varga expects that for the foreseeable future these attacks against Hungary will continue, which she says should be a warning sign for other EU member states that they could also be subjected to a similar treatment of the political agenda of the Brussels leaders so requires. She said so-called “independent” NGOs, liberal politicians and MEPs and the liberal media all joined the “choir” blaming Hungary, even when factual evidence showed there was no reason to do so.

“Facts eventually prevailed, drowning out their orchestra and its cacophony of falsehoods,” Varga wrote. “Other governments may be convinced that such an ordeal could never befall them. They are wrong. By the time other Member States realise this, it might be too late. We should all be asking ourselves this question. Is it in Europe’s interest to create new instruments or strengthen existing ones that can be so easily manipulated to serve a political agenda for which the truth is largely irrelevant?”

But beyond defending Hungary’s measures and pointing out that these allowed the country to mount an effective defense during the coronavirus pandemic, Varga also extended an olive branch to fellow European member states, clearly stating that Budapest remained committed to cooperation.

“Europe today needs cooperation, cooperation among partners who work to uphold and work toward the truth – a truth that works towards a harmonious, sustainable community that ensures that the rules and laws governing us are equally applied to all. This is a future to which Hungary is prepared to contribute,” Varga wrote.

According to the latest statistics, Hungary was among the more successful European countries in combating the coronavirus pandemic. With a population of just under 10 million, it so far had 4,123 coronavirus cases and 577 casualties, compared with 17,449 infections and 693 deaths in similarly sized Austria to the West and 24,826 infections and 1,555 deaths in Romania to the East, whose population is twice as large. France, Italy, Belgium, and the United Kingdom have all also fared far worse than Hungary.