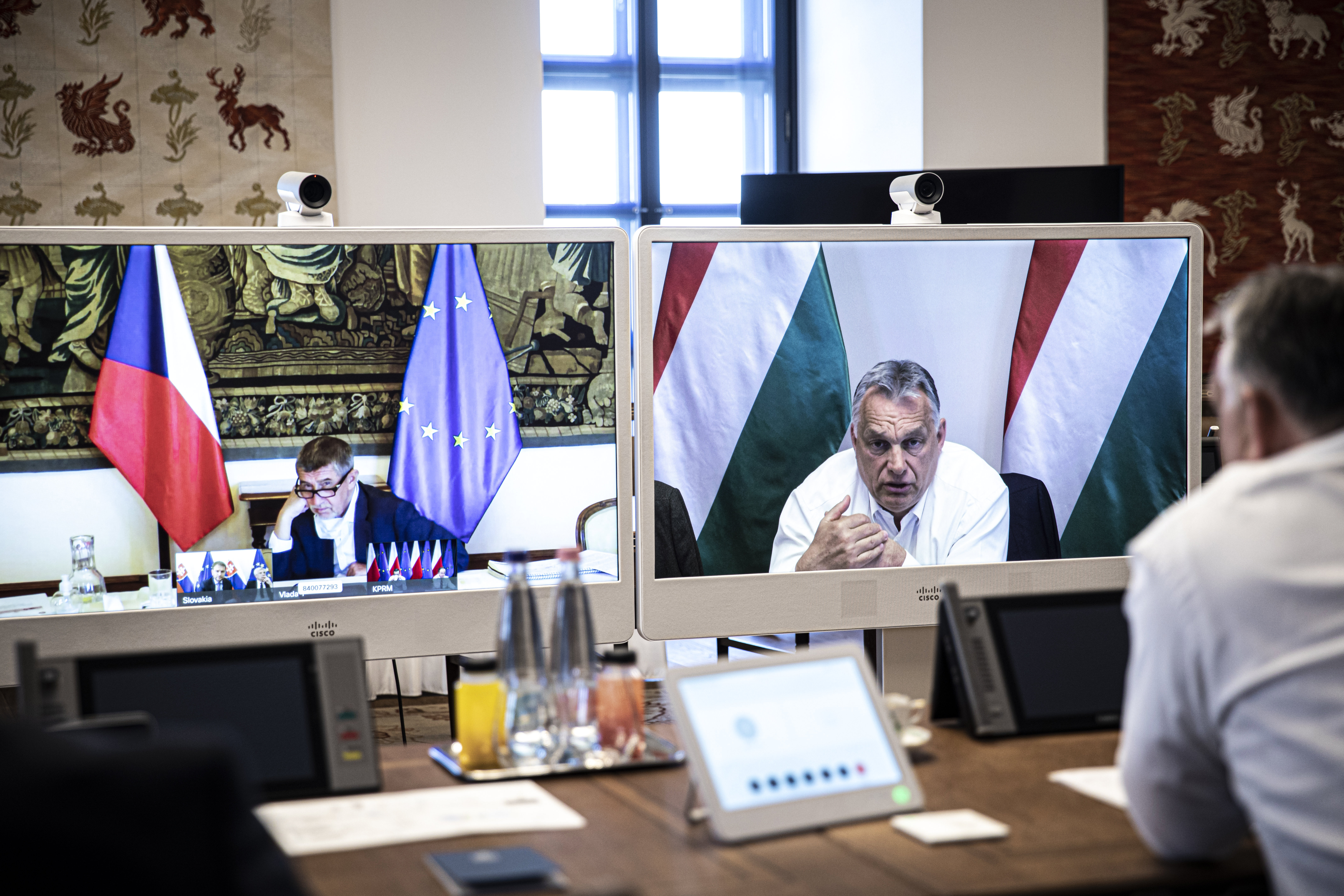 Ahead of today’s video summit of European heads of government and state, the Visegrád Four (V4) countries of Hungary, Poland, the Czech Republic, and Slovakia compared notes on Wednesday in order to present a united front, with Hungarian Prime Minister Viktor Orbán conferring both with his V4 counterparts and European Council President Charles Michel.

“The unity of the V4 is especially important at this point, so the prime ministers of the Visegrád countries will present a united, coordinated position,”  Orbán said, as quoted by his press secretary, Bertalan Havasi.

It is unclear how much progress the summit will be able to achieve, but there are at least three major issues on the table.

First and foremost is the issue of how to pay for a recovery fund to dig the continent out of an economic crisis caused by the coronavirus pandemic, expected to be the worst financial crisis in a century. The issue highlights deep philosophical differences between member states, and was left unresolved when finance ministers agreed to a €540 billion package of funding measures earlier this month.

The latest data show that Europe had a total 1,168,485 coronavirus cases and 111,217 casualties, and while a few countries seem to be over the crest, most are not.

Second, there is the just as thorny matter of the bloc’s seven-year budget, which they had failed to agree on prior to the pandemic due to a split over whether funding to it should increase or not.

Third, but by no means the least thorny issue, is the matter of the insolvency Italy might be facing, an issue that predates the coronavirus pandemic. Its debt stood at 135 percent of GDP last year, the highest levels in Europe after Greece, and there have been warnings this could rise close to 160 percent by the end of this year.

The European Commission has proposed a compromise that makes the recovery plan part of the budget. States would front extra funding into a pot, and the commission would borrow against this to raise additional money on financial markets. German chancellor Angela Merkel has indicated her support.

The summit, however, is unlikely to bring a major breakthrough. Most likely there will be an agreement consisting of a list of principles, which will then be passed to the technical experts of the commission to be fleshed out in detail, then referred to the finance ministers for amendment and approval, with at least one more summit needed before national leaders can come to a final compromise.