Ruling has no consequences, Hungary said about the ECJ verdict 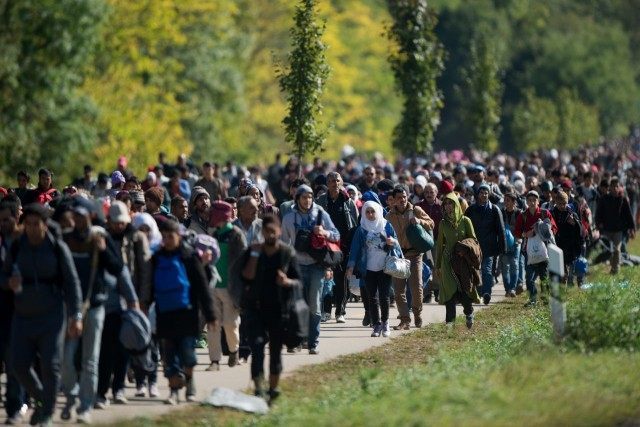 The Hungarian government remains defiant after the European Union’s top court ruled on Thursday that the Czech Republic, Poland and Hungary broke the law when they refused to accept their share of 160,000 migrants at the height of the migrant crisis in 2015.

In its statement, the European Court of Justice (ECJ) said that it was an obligation to accept the migrant after the European Council sought to distribute migrants from Southern Europe, where over a million migrants arrived in 2015, to countries across the EU.

“The Court concluded that there had been an infringement by the three Member States concerned of a decision adopted by the Council with a view to the relocation, on a mandatory basis, from Greece and Italy of 120,000 applicants for international protection to the other Member States of the European Union,” the ECJ ruling stated. The ruling further stated that Poland and the Czech Republic refused to accept an additional 50,000 migrants from Greece and Italy.

Reacting to the ECJ ruling, Hungarian Justice Minister Judit Varga said in a statement published by national news agency MTI that the court case itself was biased because the Commission took it to court at the end of 2017 when it was already clear that most EU member states did not comply.

Despite other countries refusing to accept their “share” of migrants, the ECJ only pursued a case against Hungary, Poland, and the Czech Republic.

Furthermore, Varga said that since the obligation to take in migrants expired in the autumn of 2017, the ruling has become irrelevant.

“The ruling has no further consequences,” Varga said in the statement. “Since the quota decisions have long lost their validity, we have no obligations to take in asylum seekers.”

Hungary and Poland never took a single migrant while the Czech Republic accepted 12.

The European Commission took to court the case of the three Visegrád countries for failure to comply with the decisions passed on Sept. 14 and Sept. 15, 2015, for the countries to accept a total of 160,000 migrants.

In the case, Poland and Hungary argued that article 72 of the European Union’s founding treaty allowed them to forego the commission’s decision, but the ECJ ruled that this was not the case as both countries should have proven why they took exception to the decisions.

“That article does not confer on Member States the power to depart from the provisions of European Union law based on no more than reliance on the interests linked to the maintenance of law and order and the safeguarding of internal security, but requires them to prove that it is necessary to have recourse to that derogation in order to exercise their responsibilities on those matters,” the ECJ’s wrote in its ruling.

While the ruling does in fact have no legal consequences, it does pave the way for the European Commission to issue fines against the three countries, a move that would prove controversial considering a number of other member states also rejected accepting their full quota of migrants.

In the past, the Czech Republic and Poland have also been adamant that whatever the ECJ rules, the country’s would not accept migrant quotas.

“Asylum policy is an internal matter of every member state. Redistribution of refugees who entered the EU illegally is not one of our responsibilities,” stated Czech Prime Minister Andrej Babiš last year. He said he considers redistribution quotas to be a bad idea that will only encourage more migration.

“We will coordinate our approach with the representatives of Poland and Hungary. We’re not alone in this. The Czech Republic will never agree to mandatory migration quotas, at least as long as I am the prime minister. I promised that to my voters and I intend to keep my promise.”