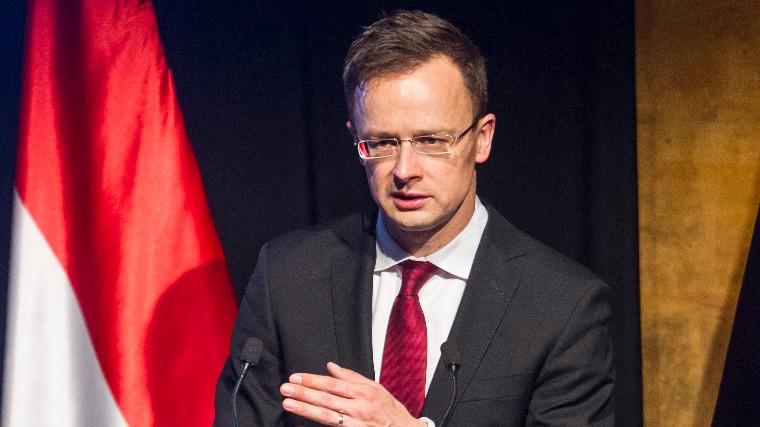 The liberal mainstream has renewed its concentrated fire on Hungary for extending the government’s emergency powers in a Tuesday vote, Minister of Foreign Affairs and Trade Péter Szijjártó said.

“The international liberal mainstream has again opened a barrage on Hungary: the failed Italian Prime Minister, the perpetual little brothers in the coalition the German Socialists, the Austrian Greens and the Luxembourg Communists who never won an election and the radically liberal northerners,” Szijjártó said. “There is nothing surprising in this latest attack: When we defend the Hungarian people from a grave danger, they will always attack us.”

He was referring to the attacks against Hungary which claimed that Hungary has disregarded democracy when it passed the law on emergency power, although that law was voted by a clear two-thirds majority of the ruling Fidesz party.

A number of liberal politicians, including former Italian Prime Minister and Florence Senator Matteo Renzi, have now openly called for Hungary to be expelled from the European Union. Renzi made such a demand in a tweet where ha also said he has long been dreaming of a “United States of Europe”.

Szijjártó said the mainstream liberal parties are “increasingly jealous and frustrated” as they can only dream of the popular support that the Hungarian government has, which has won three general elections in a row with a two-thirds majority each time.

European Commission President Ursula von der Leyen wrote that “it is of utmost importance that emergency measures are not at the expense of our fundamental principles and values as set out in the treaties”, but stopped short of singling out Hungary by name.

In his response, government spokesman Zoltán Kovács replied in a tweet that “we completely agree. That’s why the Hungarian state of emergency and extraordinary measures are congruent with the Treaties and Hungarian constitution and targeted exclusively at fighting the #coronavirus. It upholds EU values, rule of law, press freedom.”

Some European conservative parties, however, have expressed their dismay at the European Commission’s move. Italy’s Antonio Tajani, a former European Parliament president and current MEP, said that the Hungarian Parliament had a sovereign right to pass laws as it sees fit.

“National parliaments, including the Hungarian one, are sovereign,” Tajani said in a radio interview.

Slovenian Prime Minister Janez Janša has also defended Hungary along with Italy’s former Interior Minister Matteo Salvini, who wrote on Twitter, “Special powers for Orbán to fight the virus? I greet with respect the free choice of the Hungarian Parliament (137 votes in favor and 53 against), democratically elected by its citizens. Good work to my friend Viktor Orbán and good luck to all the people of Hungary in these difficult times for all.”

The Hungarian government has indicated that reporting from most media outlets on emergency powers during the coronavirus crisis have been false and misleading, as the powers granted Prime Minister Viktor Orbán do not dissolve parliament and are not indefinite.