Hungary’s decision to use Russian vaccine is paying off, PM Orbán says

There is no Eastern or Western vaccines, only good and bad ones, says PM Orbán 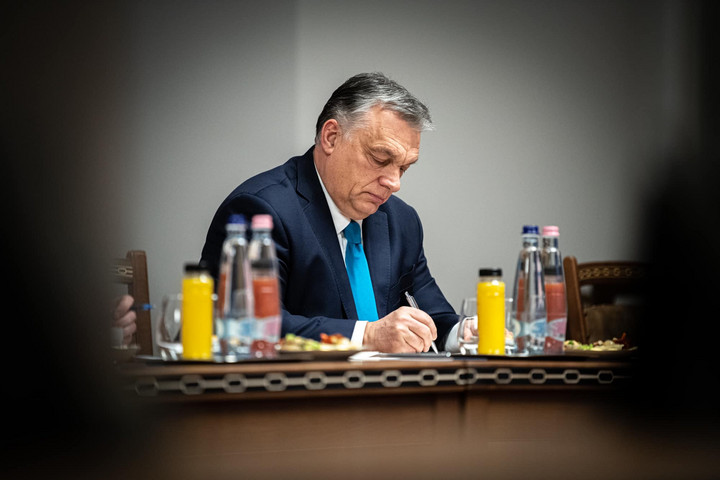 Hungary made an early commitment to using Russia’s Sputnik V coronavirus vaccine, and the strategy is paying off, Prime Minister Viktor Orbán said in an interview with German magazine Focus Online published on Monday.

Orbán said that in the midst of a pandemic, it is the job of a politician to protect the health of citizens by fulfilling the trust placed in him and taking responsibility. Therefore, as many vaccines as possible need to be obtained as soon as possible, as he who gains time gains life and regains his freedom.

He stressed that there are no Eastern and Western vaccines — only good and bad vaccines exist — and when the Hungarian authorities determine that a product is safe and effective, they are licensed.

The authorized vaccine is “a Hungarian vaccine for me from that moment on, with which I can save the life of Hungarians,” Orbán said.

Orbán answered in the affirmative to the question of whether the procurement of the Russian vaccine could be separated from the tense relations between the EU and Russia, stressing that the protection of human life and health is also above political considerations, including geopolitical considerations. As he said, it is irresponsible to make the issue of vaccines a political issue and to let people die and restrict freedom only because there are reservations about the country producing a life-saving product.

He added that looking at it objectively, it can be seen that during the communist era, a “vaccination culture” developed in Eastern Europe, through which the polio virus was eradicated much earlier than in the West, where for ideological reasons they refused to use a “Russian vaccine”.

He said of the centralized procurement of vaccines in the European Union by the European Commission: “It is now clear that it was a bad decision”.

Orbán indicated that the United States, Britain, Israel and even Serbia are “far ahead of us EU members”, adding that “there’s no use crying over spilled milk. The Commission should do what they have to do; we won’t hinder their efforts, and we’ll support them whenever we can. But we shall exercise our national powers, and provide for ourselves.”

The Hungarian government has also recently acquired China’s Sinopharm vaccine in an attempt to acquire as many safe vaccines as possible for its population.

Asked why he did not consider an EU procurement decision to be binding, he explained that “Brussels follows its own logic”, does not take sufficient account of the importance of the time factor, issues permits too slowly, and apparently does not negotiate from a position of power when dealing with suppliers.

The English translation of the full interview is available on the prime minister’s homepage.