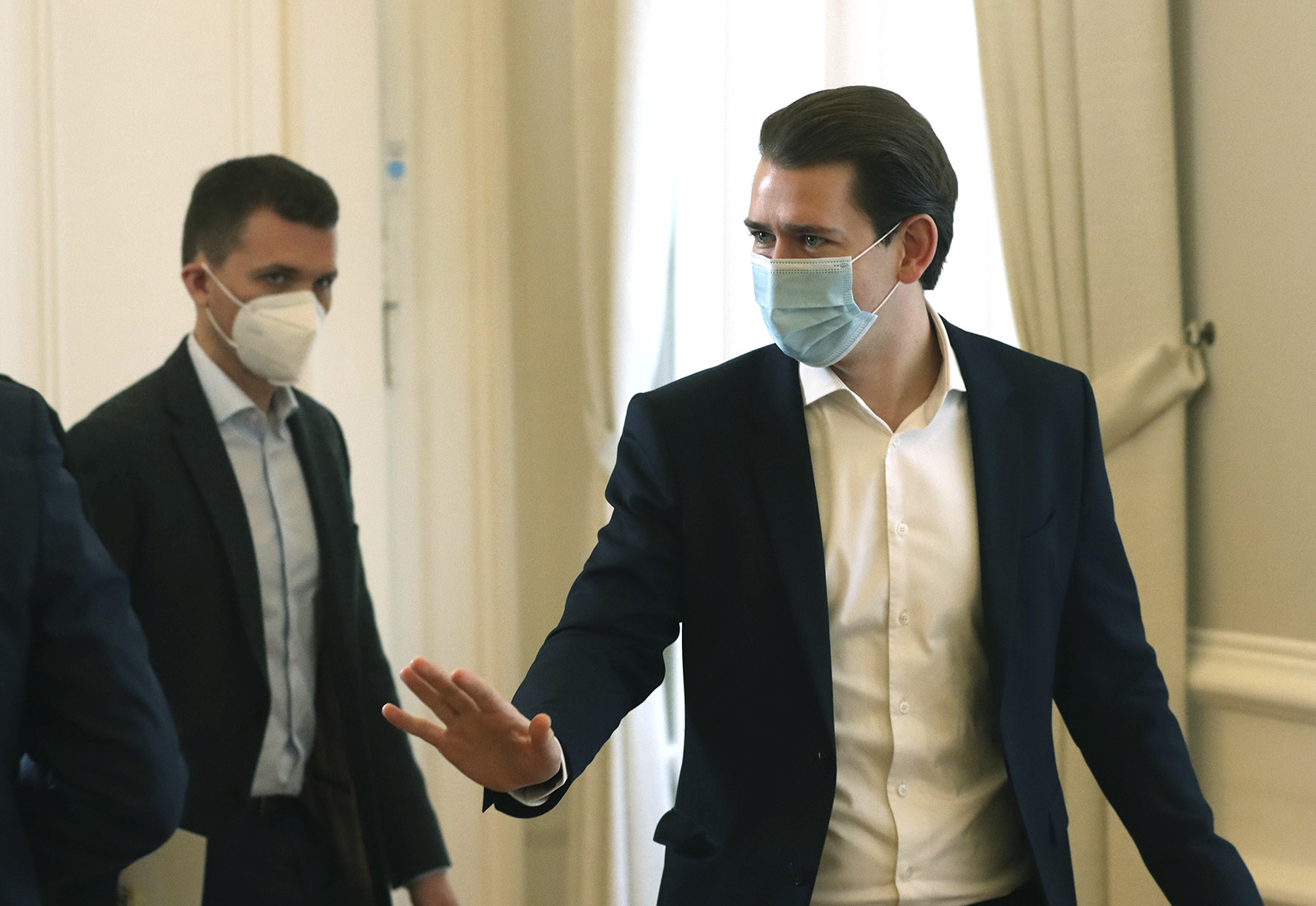 Austrians are increasingly dissatisfied with the way the government is handling the epidemic, according to a survey commissioned by the Paul Lazarsfeld Society.

While at the time of the first wave of the coronavirus, last spring, 78 percent of those surveyed believed that Austria was better at managing the crisis than other countries, that proportion has now fallen to 7 percent. When asked whether Austria is worse off than other states, 30 percent of respondents said yes, up from 3 percent last year.

Dissatisfaction is also reflected in the support of the ruling parties. In April last year, the popularity of the right-wing Austrian People’s Party, led by Chancellor Sebastian Kurz, reached 48 percent, and in the same survey, 16 percent had the support of its governing partner, the Greens. This ratio has shrunk to 37 and eight, respectively, according to the latest poll.

Since the introduction of curfew restrictions in December, the Vienna government has managed to significantly reduce the number of new infections per day, which approached tens of thousands in mid-November, but which has not risen to over 2,000 in the past month.

The figures are, however, rising again. On Sunday 1,838 new cases of coronavirus were registered in the country. The six-week full closure ended two weeks ago with the reopening of shops selling non-essential necessities and hairdressers and beauticians, but stricter epidemiological measures came into force. It is now mandatory to wear the more effective FFP2 masks, to maintain a two-meter social distancing, to provide 20-square meters of space for each customer compared to the previous 10-square meters, and to show mandatory negative test results for services requiring physical contact. Restrictions related to entering the country have also been tightened.

“Further easing of restrictions to prevent the spread of the coronavirus is likely to take place only around Easter,” Chancellor Sebastian Kurz said last week, pointing out that the long-awaited March opening of restaurants and hotels should be postponed to keep the epidemic under control. Health Minister Rudolf Anschober also drew attention over the weekend when he said that even though the vaccine seems to be effective and the number of infected people is declining, care must be taken because of new mutations in the coronavirus.

With its strict closure last spring, Austria was the example to follow, but since then, the opening and closing of the country have swung back and forth. Now, the government promises to ease the restrictions, return life to normal, and is promising light at the end of the tunnel. However, the tunnel looks longer than the government had originally hoped, virologist Gerald Gartlehner said, referring to Kurz’s August statement who told Kurier newspper that he saw “the light at the end of the tunnel” in regards to the crisis.

Title image: Austrian Chancellor Sebastian Kurz with a face mask walks at the federal chancellery in Vienna, Austria, Sunday, Jan. 17, 2021. The Austrian government has moved to restrict freedom of movement for people, in an effort to slow the onset of the COVID-19 coronavirus. (AP Photo/Ronald Zak)